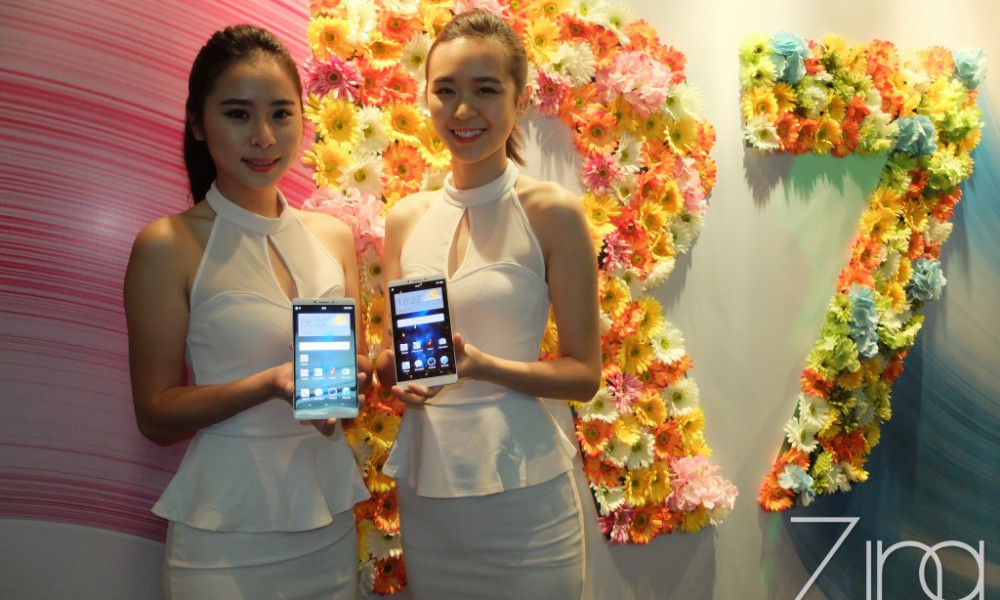 During the event, the overseas brand executive director – Katrina Li mentioned that Oppo has step into 22 different countries and Malaysia is one of the countries that retails Oppo in the entire SouthEast Asia market.

With 88% of brand awareness in Malaysia, Oppo has reach over 3000 retail branch in Malaysia at this moment. It was believed that this number will keep on expanding in the future to become the next top smartphone manufacturer of the world.

Here comes the CEO assistant Candice Liu for her presentation on the top 5 features of the Oppo R7 Plus!

Exterior wise, the Oppo R7 Plus uses the well-known 2.5D curved screen in the front part of the body. The curved screen also signify the violin which provides a better grip for the user.

The Oppo R7 comes with 0.1 seconds instant focus and 0.7 seconds fast launching the camera app and take an instant photo of the moment! This features has truely outplayed some fast autofocus camera out there. However, we will test out the photo quality of this feature and let you know soon!

The R7 plus is equipped with IMX278 image sensor which comes with RGBW sensor. This results in the reduction of noise in photo up to 78% while increase the brightness for 32%. However, the Huawei P8 which carries the similar image sensor does not comes out as satisfactory other camera due to the saturation of red colour in the photo. We wonder how does this camera perform in the real life scenario.

We test out the instant photo taking feature highlighted on the launch. It is truely indeed that this smartphone is able to take photo simultaneously in such as short period of time! We we’re surprised by the ultrashort focus and shutter speed to retain the instant precious moment. This function is activated by pressing the volume rocker for few seconds.

Most pictures appears clear and well focus, credits to PDAF!

Is 5.5 inch large enough? Some probably say no. The Oppo R7 Plus (as the Plus denoted) features a 6 inches of full HD display with screen to body ratio at 76.6%!

With VOOC quick charging technology, fully fill up a 4100mAh battery is not a hassle for the Oppo R7 Plus. The 4100mAh battery should be able to make the R7 Plus a daily driver for intensive user or just common casual use.

With a flagship in mind, the R7 Plus is designed with 91% metallic material and comes with a fingerprint sensor on the back. This could mean another level of security of your phone!

R7 Plus runs on ColorOS 2.1 based on Android 5.1 and comes with a smoothness rating at 18th which outperforms stock Android and MIUI V6!

Another optimization of the Color OS 2.1 is the system boot time. The ColorOS 2.1 comes with 19 seconds boot time which is a great improvement from the older version! The system crash rate also reduced from 3.8 to 0.38% which means that force close could not a frequent issue in Oppo smartphone.

You can get the Oppo R7 Plus and R7 Lite at over 60 Oppo department stores and 100 authorized reseller in Malaysia!

R7 Plus Hands on!