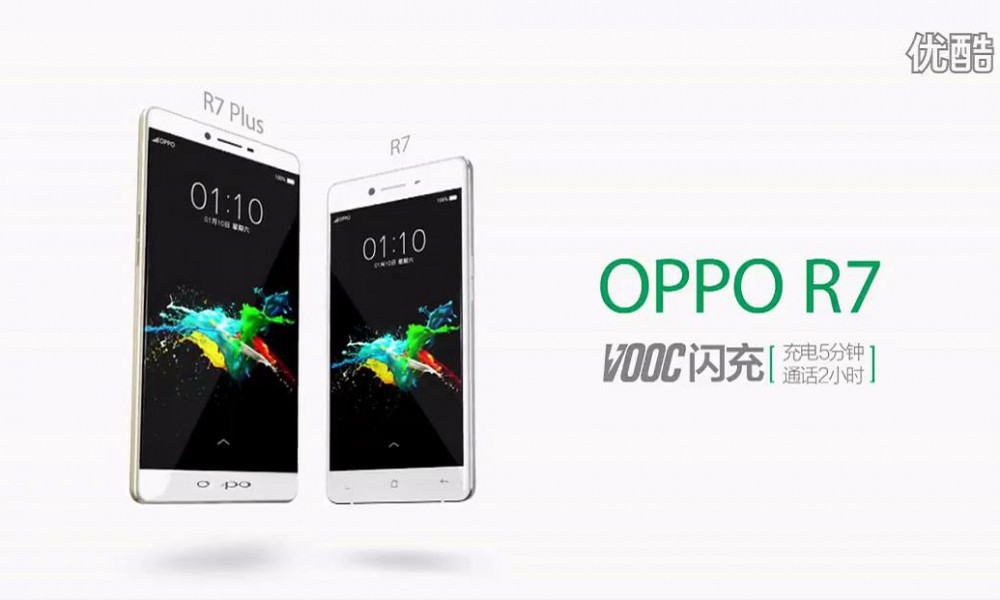 As Oppo started to teases their fans on the upcoming Oppo R7 by releasing leaks on official accounts as well as TV commercials, the alleged Oppo R7 Plus also appeared along with the Oppo R7 teaser ads!

As shown in image above, the OPPO device shown on the left alongside with the OPPO R7 is the alleged OPPO R7 plus. In the short TV commercial uploaded to youku, the OPPO R7 Plus was shown to capture image with high shutter speed for just 0.1 second!

Based on online source, the Oppo R7 will be equipped with a 5 inch Full HD display and powered by Qualcomm Snapdragon 615 processor. It also features 20.7 MP rear camera and packed with 2320mAh battery.

Besides, we also can see that the device beside Oppo R7 – the R7 Plus comes with a higher device dimension as compared between models hand. There is also a finger print sensor alike module which is similar with the Huawei Ascend Mate 7.

The OPPO R7 will be priced on RMB2999 (~RM1750) upon launch while the price for the R7 plus is still unconfirmed. Both phone is expected to unveiled at 20 May during the launch event!