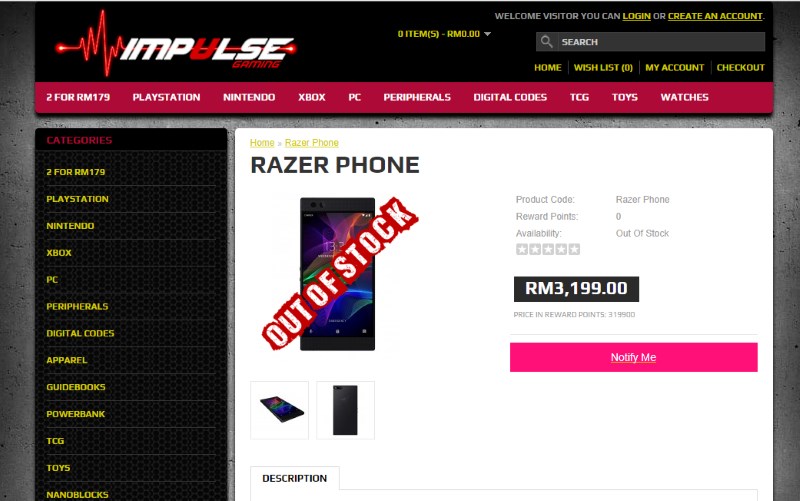 Razer – the brand that all gamer loves has just recently launched a new smartphone that offers state of the art entertainment system and best in class system hardware. It is launched internationally but not currently available in Malaysia. Meanwhile, Impulse Gaming has brought the gamer’s favourite Razer Phone to Malaysian market with a price tag at RM3199 and it was gone in just 30 minutes. 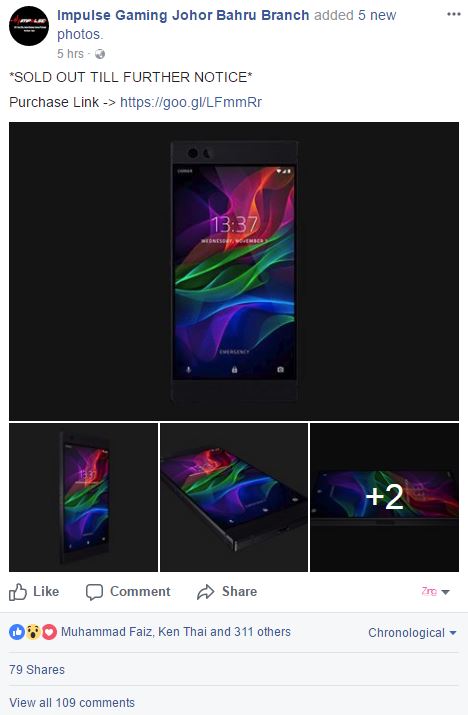 Impulse Gaming Johor Bahru Branch has brought in the Razer Phone (likely from Singapore) with a price tag at RM3199 and it is slightly cheaper when compared to the Singapore retail price of S$3260, around RM3260 roughly converted. The first batch of Razer Phone had just gone out within 30 minutes and there’s no stock left.

Looks like Razer Phone has fulfilled gamers criteria for a smartphone! Since there is so much hype for the Razer phone and there isn’t any official stores in Malaysia, there could be more distributor who might be able to brought in unofficially for Malaysian market at a competitive price tag.

Recently, an alleged Samsung Galaxy S10 Plus prototype with model name SM-G975F has appeared online and it runs on Exynos 9820 SoC from Samsung.