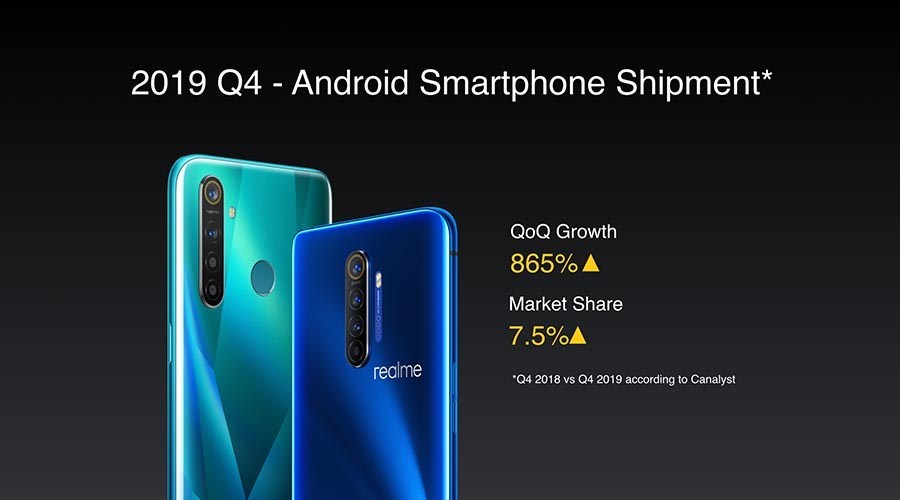 As one of the famous budget smartphone brand in Malaysia, realme has smashed its record with the Q4 2019 performance with growth at 865%! During Q4 2019 its total Android market share has reached 7.5% too!

With regard to this, realme Malaysia CEO Mr Hunter Wang said that without the realme team, realme fans and the industry’s support, realme would not be able to achieve such a proud result. He also expressed their gratitude on regard of this. In the future, we will continue to uphold the spirit of “Dare to Leap”. More products for Malaysian fans.

Realme launched a number of mobile devices in 2019, such as realme X2 Pro, realme 5s, realme 5, realme XT and many other devices.

Are you a frequent traveller? Maxis re-introduce the MaxisONE roaming service which now brings unlimited free calls and SMS all around the world for just ...