When it comes to the next smartphone to be launched from Xiaomi, our initial thoughts are the new flagship smartphone that sports the Qualcomm Snapdragon 820 processor. However, a recent post shows that the Xiaomi next smartphone – Redmi 3 has passed TENAM certification which also indicates it will be released around sooner time! 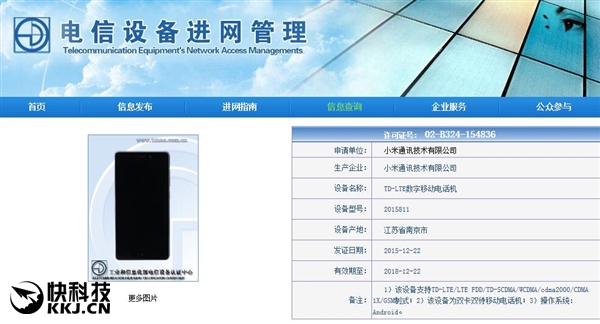 It has been quite some time that Xiaomi launches the entry level Redmi 2, and it is no surprising that Xiaomi will announce and release the Redmi 3 is short period of time. Would this new Xiaomi Redmi 3 offer features that the consumer had desired for a long time?

Following the launch of the MediaTek Dimensity 1200, more smartphone makers begin to manufacture smartphone with this chip and especially for POCO upcoming flagship – ...