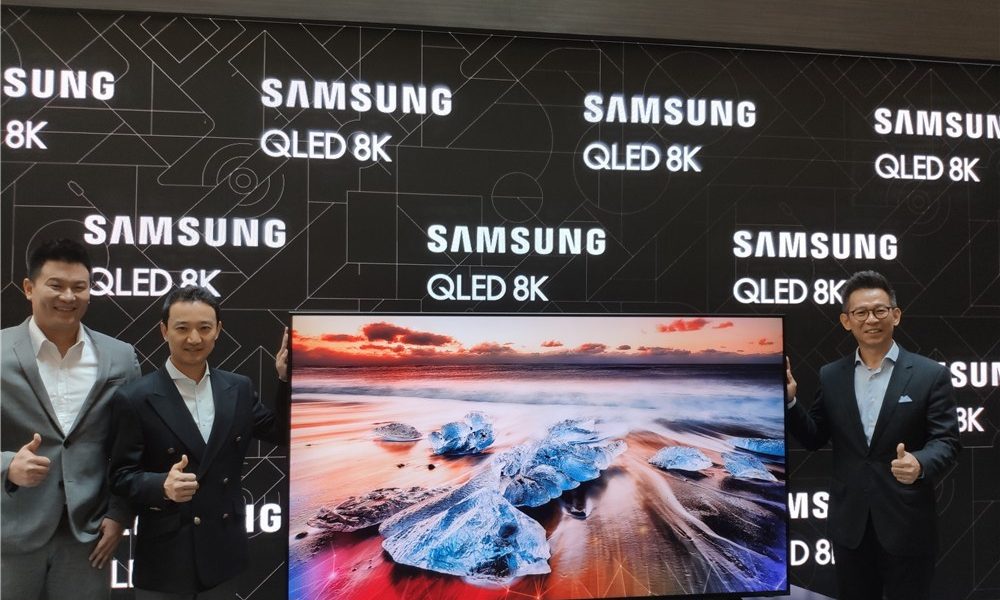 Earlier today, Samsung has launched their new 8K TV at Mid Valley Megamall and it will be first available on Samsung Roadshow in between 8th to 12th May. You can grab it at Mid Valley roadshow during the time to enjoy attractive perks!

The model that Samsung bought in is the Q900R 8K TV series. The size are varies between 82 and 92 inches display. Both are able to provide with incredible 8K resolution with 16 times more resolution than a Full HD TV.

The 8K technology is brought to you by Quantum Dot technology. This series also support 8K AI chip and the most powerful part of this chip is able to support not 8K sources & strengthen to 8K resolution. At the same time, this TV can reach up to 4000 nits of brightness with Direct Full Array technology that significantly increases the color Gamut.

There is also an inbuilt Apple TV content with supports on AirPlay 2 and able to stream iOS & MacOS devices. Furthermore, there is also the Bixby button to ease up operation via voice control.

Here are the pricing for Samsung 8K TV

With all the recent telco plan and smartphone deal and promo that emerged weeks before CNY, OPPO Malaysia also joins in the hype to celebrate the ...