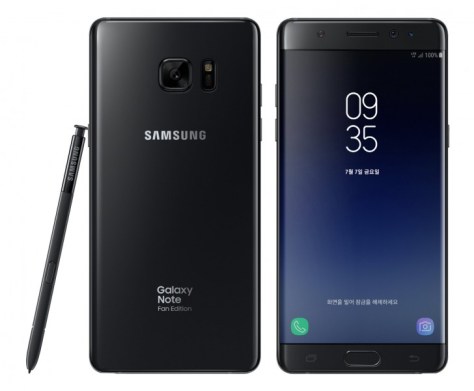 As the refurbished Galaxy Note 7, aka Galaxy Note FE (Fan Edition) has been launched in Korean market since last week, it is roughly priced around 70% of its original price around RM2620. While most user might be waiting for the new Galaxy Note 8, a new report indicates that Samsung might consider to launch the Galaxy Note FE globally by end of July.

According to The Korea Herald, Samsung official has confirmed that only 400 thousands of Galaxy Note SE will be sold through Korea and it is also informed that Samsung might be launching the Galaxy Note FE to global market by end of this month.

Despite there isn’t any extra information on the availability, chances for the US are almost zero as Samsung has announced previously. Nonetheless, the Note FE might be re-appearing on certain countries such as China.

Let’s wait for Samsung official to bring more details on its worldwide availability.

The new Sony Xperia Z6 might comes with 5 variants and 3D Touch!

According to smartphone launching trend from Sony, it is likely that the Sony will introduce new flagship smartphone in the early 2016. Since the Sony ...