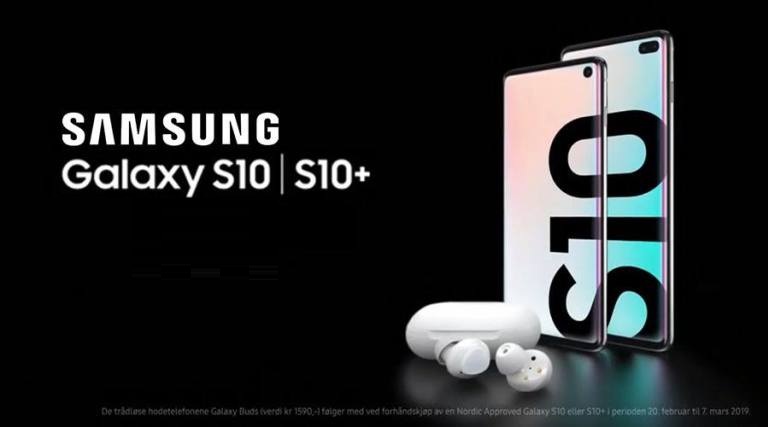 It is the first time that Samsung brings Infinity O display in action. The Galaxy S10 has a round black module where the camera hides; while the S10 Plus has a pill-shaped module to contain 2 front facing camera. Both smartphone brings all new dynamic AMOLED display and project in the utmost quality with HDR10+ certification.

Besides, it is also recognized as the most accurate display panel in the world. It offers 42% less blue light which reduces eye damage, as certified by TUV.

As for the rear camera, the Galaxy S10 and S10 Plus brings triple camera configuration with 12MP telescopic lens, 12MP wide angle and 16MP ultra wide angle lens. It is capable to capture up to 123° wide angle field.

There is also an adjustable aperture to switch between f/2.4 and f/1.5 which can be first seen on the Galaxy S9.

The ultra high quality video recording is further enhanced with OIS and supports HDR10+. Recorded videos can easily proceed with simple video editing or to utilize creative apps such as Adobe Premier Rush.

As for the front camera, the Galaxy S10 has a single front facing camera while the S10+ brings the world first double front camera under hole-punch (Infinity O) display. The dual camera brings advantage an image requires depth of field to further express the main object ideally on selfie pictures.

Besides, there is also several filter modes to play with and you could even capture a 4K video with the front camera.

Meanwhile, it is also the first Samsung smartphone with in-screen fingerprint sensor. Although this feature has been brought into reality on other smartphones, it’s glad to see Samsung finally bring it into action. The fingerprint scanner utilizes ultra sound to determine unique fingerprint with enhanced security.

As for performance, the Galaxy S10 is either powered by Qualcomm Snapdragon 855 and Exynos 9820. Both chip offers a great advantage in computing & AI calculation and this technology is being utilized into enhancing gaming experience on the smartphone.

With a battery up to 4100mAh, it offers 25% more battery capacity than the S9+ and provides long battery life with AI battery saving technique. It also supports Qualcomm QC2.0 for wireless and wired charging.

Lastly, the local (Malaysia) retail price is as below:-

Celebrating 5th anniversary, SatuGadget is now giving out smartphones worth more than RM28888!

If you are looking for a new smartphone and has spare time during this weekend, Satu Gadget is now organizing their 5th anniversary carnival on ...