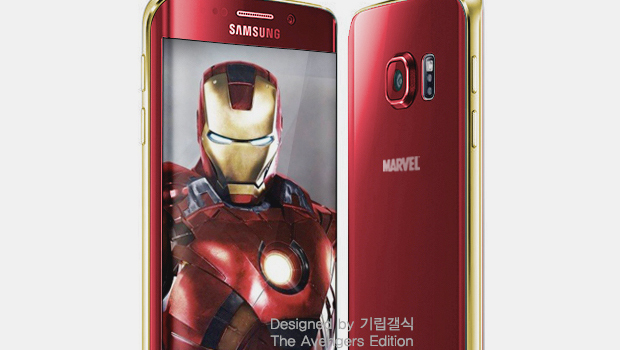 One of the greatest Marvel’s Comic has just been brought to cinema few weeks ago. The Marvel’s Avenger: Age of Ultron which premiered few weeks ago received overwhelming response in ticket sales and once again bring up the hype on the Avengers character such as Iron Man, Hulk, Thor, Captain America and many more. As one of the tech giant in Korea, Samsung also joined this Avenger hype by creating a special edition of their latest flagship into a series of “Avengers” characters. Confirmed by Samsung mobile spokeperson, Mr. Lee Young Hee stated that Samsung will be producing  Galaxy S6 / S6 Edge Iron Man edition latest on next month.

(Picture above belongs to concept photo by a Korea designer)

Although there is no much information leaked regarding the design and appearance, we could expect that the smartphone will featured red coloured design which correlates with the appearance of Iron Man suit. Since it is expected to be released to public during May to June, it is unsure when it will be imported into Malaysia.

Both Marvel comics and Samsung are cooperating in the production of this special edition of Galaxy S6 and S6 Edge. Watch the trailer here:

Since the Iron Man edition of the Galaxy S6 has been confirmed, does it indicates there will be future version of Avenger characters appeared as special edition on the S6?

For those who wanted to own the HUAWEI P40 series, now is the time! Maxis has recently collaborated with HUAWEI which let them own the ...