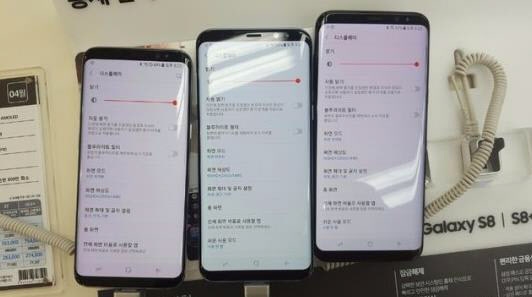 Reviewers and tech critics has left positive remarks on the Galaxy S8 when it is first launch. The response in local market isn’t bad either, all early units had been fully pre-ordered within the third day of pre-order. However, thing turns out not to be so good as a Korean news agency reported that some Galaxy S8’s display appears reddish as multiple users reported.

Samsung has responded to this event in an instance, claiming that this issue is not a result of a poor display quality. This event is accounted to smartphone display adjustment and Samsung offers 1 to 1 exchange for user experienced with the similar problem.

While there is an inbuilt colour adjustment tool in the Samsung Galaxy S8, the reddish visual “effect” can still be observed on the top and bottom of the smartphone even after manual adjustment. As it is currently unavailable in Malaysia, the reddish overlay hasn’t been identified as an worldwide issue.