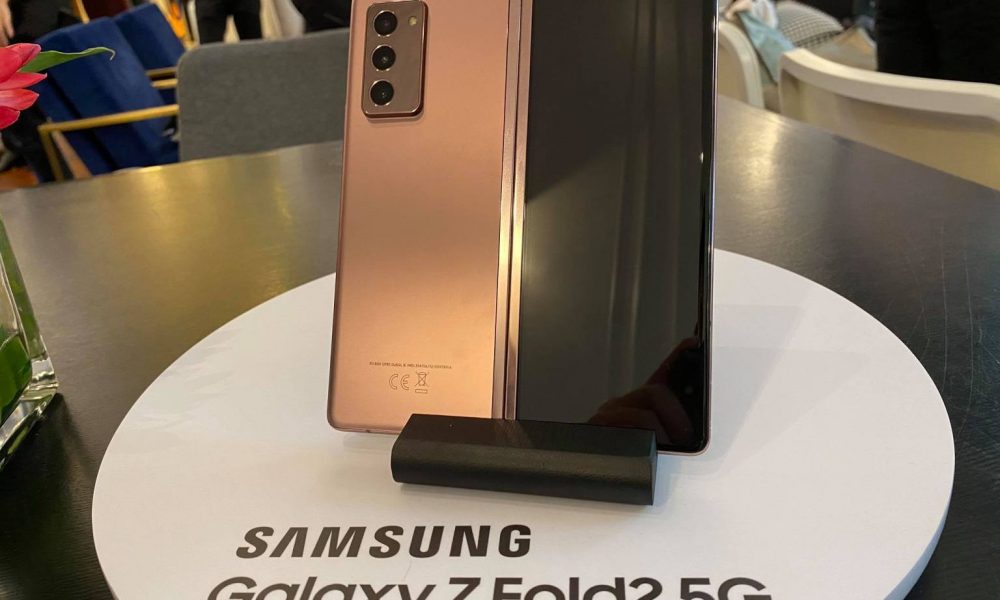 Earlier this month, Samsung has unveiled their newest foldable Galaxy Z Fold2 at Samsung Galaxy Unpacked 2020 event. This smartphone was eventually launched in Malaysia today and it will be open for pre-order on 25th September onward. Let’s have  a closer look!

The colour availability for Malaysia version includes mystic gold and black. Its overall design appears similary with Galayx Fold with internal folding design but the screen to body ratio for its secondary screen was massively increased.

There are some difference between the first generation where the new Galaxy Z Fold 2 uses a hole punch display for its camera placement that saves up lots of space. The display supports 120Hz refresh rate and able to optimize based on the application you are using right now. Since reading ebook doesn’t require particular high refresh rate but gaming and surfing does, it will switch to optimize battery life and user experience.

Similar with first generation Galaxy Z Fold, the Galaxy Z Fold2 can be folded halfway between 75 to 115 degree. It then can act as a laptop which allow better multitasking. The thinnest part of the Z Fold2 is just at 6mm!

There are total of five cameras in the Z Fold2  where the front display has a 10MP camera along with the inner part and the rest are a 12MP primary + 12MP ultra wide angle + 12MP telescopic rear camera. The Z Fold2 also supports Auto Frame feature which allows adjustment to fit in more people into the lens!

Hardware wise, the Z Fold 2 is powered by Snapdragon 865+ and 4500mAh battery along with 12GB RAM and 256GB ROM. The speakers and connector are now located differently and same goes through the volume button and fingerprint embeded power button.

Pre-orders open on 11th September and available through retail store and online by 25th Sept. The official retail price is at RM7999 and you can get Galaxy Buds Live worth RM699 and Montblanc namecard collector worth RM655. Visit Samsung official site or Samsung retail store to register your pre-order.

Earlier this afternoon Xiaomi Malaysia has announced that they will be launching new product in Malaysia shortly. Furthermore, their official Facebook page now contains a ...