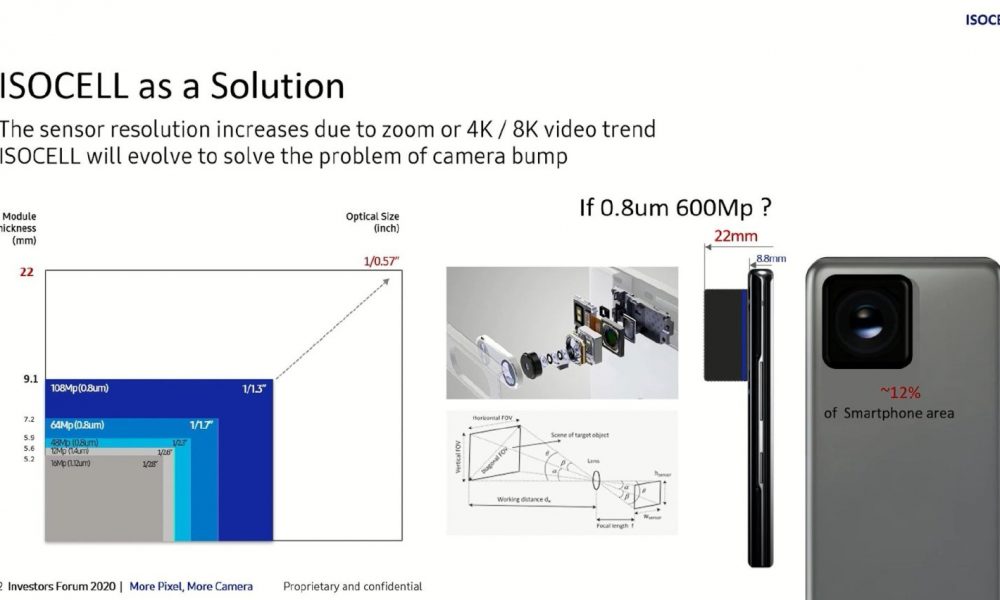 In this April, Samsung LSI exec Yongin Park has just announce that they are researching a 600MP camera and it is the first camera that breaks the boundary of eye resolution (around 500MP). The new 600MP camera to bring 1/0.57 inch ultra large sensors with pixel size at 0.8 micron, supporting video recording up to 8K!

As stated by IceUniverse, the 600MP sensor will bring ISOCELL imaging technology which is the current flagship technology on the system. Currently there are three cameras on the world that’s over 100MP which is the HM1, HM2 and HMX.

As 4K and 8K videos are getting popular, the camera is able to compress and decompress the picture taken on the 600MP camera. In the current state, a 600MP lens is still impractical because the camera will be largely protruded up to 2.2cm! If the width can goes down to a new level, this could be brought to a smartphone.

Android Wear update allows you to locate your phone!

It is very common for someone forgetful to lost their phone somewhere around their home and starts panicking. However, Google have solve this problem for ...