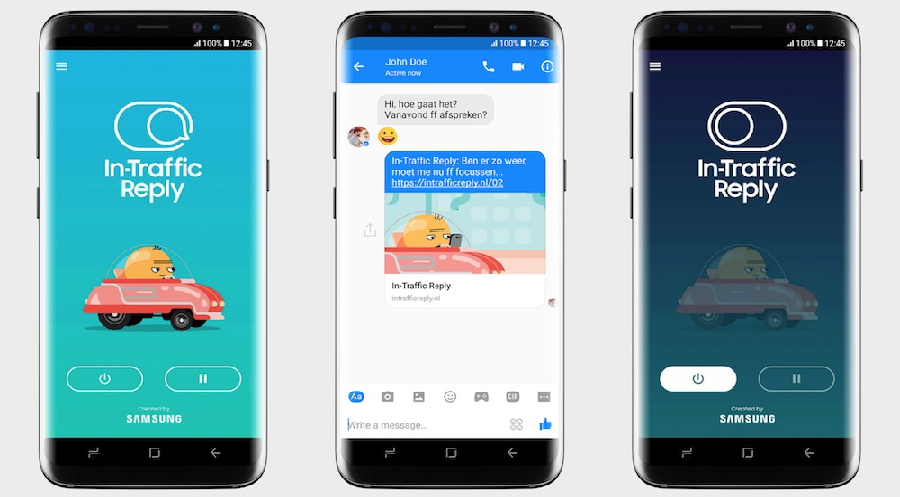 Driving while strolling on social media sites or replying messages is a dangerous act as it could harm both parties. Samsung has thus taken the initiative to reduce users replying texts with smartphone when driving by launching their new “In-Traffic Reply” app. With this app enabled, users will not be distracted by incoming messages and calls during driving.

The In-Traffic Reply relies on smartphone GPS to determine whether the user is in-transit or driving. Thus, any incoming messages or calls will be automatically replied with preset messages which can be customized by users. User can also insert GIFs in text reply which makes the reply appears lively. Apart from SMS app, In-Traffic Reply also works with other messenger app such as WhatsApp and Messenger.

Currently, this application beta is out for trial in Netherlands and Samsung expect that the official version will be made available on Google Play Store by May. Looks like Samsung has taken a good initiative to reduce possible accident due to common driver misbehavior!

In just few hours ago, HUAWEI has unveiled the new MateBook Pro as its flagship tablet. HUAWEI also brings in the new Kirin 990 processor, ...