Samsung new patent is a hybrid of smartphone and a tablet 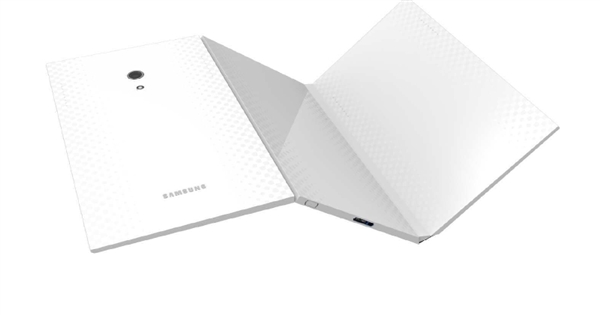 When Lenovo first launch the Yoga series notebook many years ago, the laptop has a special feature that allows the both part to be flipped to become a tablet. This become an initiator of the tablet-laptop hybrid trend that some of the manufacturer has been producing laptops that are interconvertable to tablets.

However, this time Samsung has announced their new patent which allows a tablet to be interconverted into a smartphone. The tablet can be folded and flipped into 3 parts which allows it to merged into a single tiny device just like a phablet. Once all 3 parts are unravelled, this device act as a tablet again!

Since this device is naturally to be folded into single layout, there will be 3 seperated display among the device. It is also stated that this tablet-smartphone hybrid will comes with a camera on the rear and a curved display on the front! Looks like this shouldn’t be an issue with the Samsung latest curved display.

Although the R9 was set to launch on March 17th this year, there isn’t much images of the OPPO R9 available online. Just in today, ...