Samsung One UI 3.0 will be the new default theme from November onward! 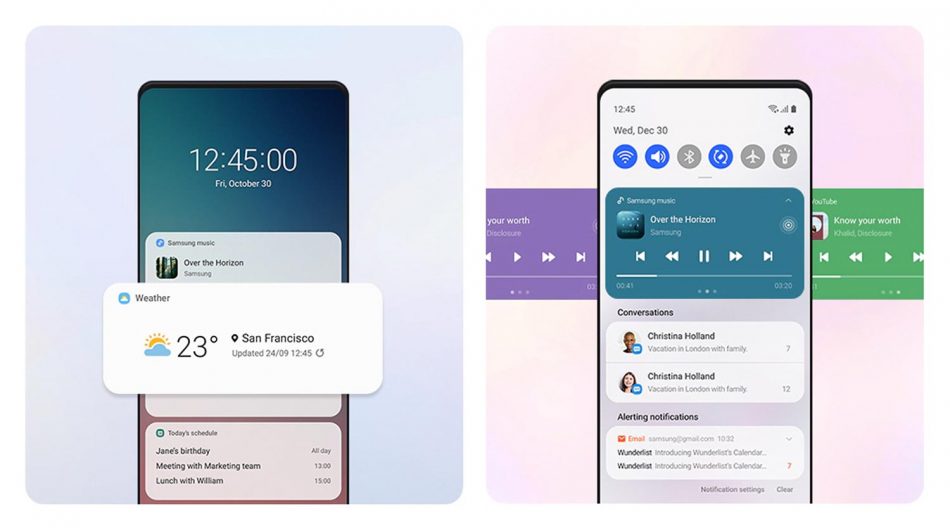 Samsung has recently updated their Android UI to One UI 3.0 and it brings several new feature on top of existing UI system. The most noticeable update is the better notification system that provides quick access to multimedia controls, genera settings and even sorting notifications based on categories.

They have also added new Multi-Window support that display up to 3 separate windows that brings a whole new purposes into foldable Galaxy series. It will be rolled out on Galaxy Fold along with the S7 & S7+ int he tablet range.

It further optimizes foldable phone by providing better personalization through Good Lock features. Dynamic lockscreen wallpaper is now thing and you can create your own dynamic wallpaper with Wonderland. The S-Pen Air Command settings and S-Pen sound can too be customize through Pentastic.

Lastly, the new update also brings AR sticker even in video calls so you that makeup isn’t required when doing video calls!

The One UI 3.0 update is expected to be released this November and we may expect support device list for OneUI 3.0 will be released very soon.

With the launch of their iconic 2018 flagship – noticeably the iPhone XR, XS and XS Max, it is unfortunate that Malaysia doesn’t belongs to ...