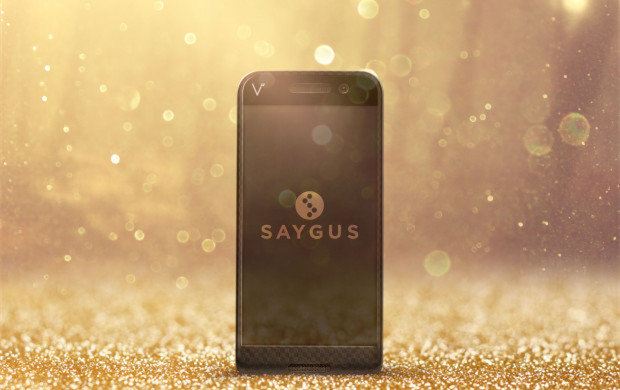 During the CES2015, a American startup smartphone manufacturing company Saygus launched their first device known as V SQUARED that comes with impressive specification followed by performance and looks. The V SQUARED is marketed with its high total capacity storage up to 464 GB of total storage volume!

The V SQUARED is indeed a beast which carries with dual microSD expansion up to 200GB each! This means that the total volume of the storage can reach up to 464GB inclusive of 2 200GB microSD and 64GB of internal storage. Besides, this smartphone also supports dual SIM standby with 4G LTE Cat 4 connectivity. It is also build on kevlar material and comes with Corning Gorilla Glass 4. Although this smartphone runs at Android 4.4.4, it has a chance to upgrade to Android 5.0!

A new smartphone pictures showing candy bar shaped smartphone with Sony logo embedded on the top of the smartphone bezel along with a large 6 ...