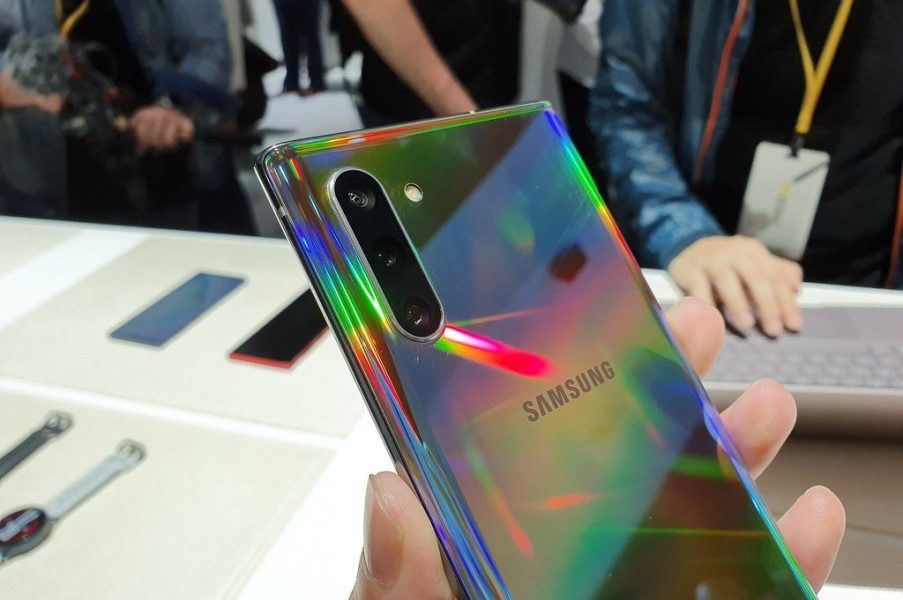 Samsung Malaysia has brought us another round of new phablet flagship of the year 2019. The Galaxy Note 10 and Note 10 Plus were earlier launched during yesterday midnight and comes with with whole new look on its design, colour and camera position!

As for its appearance, the Note 10 offers a much narrower bezels compared to the Gaalxy Note 10. It will be great device for multimedia consumption.

The large aperture allow greater light to be captured on the image especially in the dark.

Instead of horizontal position of its rear camera like the S7 to S10, the cameras on the Galaxy Note 10 series were lined up vertically.

As for the Note 10 Plus, it is the first time that Samsung adds quad camera that is made up of a 16MP wide angle camera, 12MP primary camera with adjustable aperture, 12MP telescopic camera and a Depth Vision camera for a greater depth of field effect. It can be utilized to create a virtual 3D model which is ideal for 3D content creation and AR.

The Note 10 series camera is protruded slightly outward as the entire thickness of the smartphone is only at 7.9mm.

It is worth to mentioned that Samsung has cancelled their Bixby button onto the Note 10 series and the power button is now set aside with volume rocker.
However, Note 10 still adds double tap to wake to reduce reliance to power button.

The standard variant of the Note 10 no longer supports microSD expansion while it is available on Note 10+.

It is also weird that Samsung has ditched the 3.5mm audio jack which is certainly a sad thing for audiophile who user external earphone most of the times.

Samsung also makes their first EUV 7nm Exynos 9825 into Galaxy Note 10 that offers 33% increase in performance, graphical enhancement up to 42%. The Gaalxy Note 10 also brings 8GB RAM and 256GB ROM while the Note 10 Plus offers 12GB RAM and offers 256GB ROM and 512GB ROM variant up for grab.

Despite its large 12GB RAM capacity, only 6 more GB is available for use.

As for its battery, the Galaxy Note 10 offers 3500mAH battery while the Note 10 Plus offers 4300mAH battery. There is a 45W quickcharger which is required to purchase additionally which does seems reluctant.

The S-Pen also now comes with new colour in Blue. It adds the Air Action and gesture like motion assist for greater control of the smartphone. For example, you can use the S-Pen with the camera app for zoom in, zoom out, changing camera and more. The Samsung Note now supports more font colours and to export text into documents or into word and PDF format.

The AR Doodle is also one of the unique features of the Galaxy Note 10 which we like. You can draw 3D like objects via the S-Pen and rotates when your camera (smartphone) moves.

The Galaxy Note 10 now comes with 3 colour which are the Aura Glow, Aura White and Aura Black. The pre-order has opened 2 days ago (8th August) so don’t miss out!

Last but not least, the Galaxy Note 10 actually comes with 5G version which will be available in Korea at first. There are no big differences in the design and colour of the 5G version with the standard variant and it supports 5G NSA network mode.

As nubia has launched the bezel-less ‘nubia Z11’ smartphone, nubia Malaysia has officially bring this model into local market with a price tag at RM1899.