Marching into early June 2016, there has been lot of new smartphone launched from the beginning of this year such as the Samsung Galaxy S7, Huawei P9, Xiaomi Mi Max et cetera. However, these are classical flagship that usually comes with the best hardware and also an expensive price tag. Today, we will be shifting our focus onto smartphone with good price to value such as the recently launched Flash Plus 2, Huawei Honor 5X and Redmi Note 3.

In contrast between these smartphone, the Redmi Note 3 does packed with some decent hardware at its price tag. Meanwhile, the Flash Plus also offers good value for its price and runs on the latest Android 6.0 (while other 2 still stuck on Android 5). The Honor 5X and Flash Plus 2 is also relatively thin compared to Redmi Note 3 while weighted around the same.

In the meantime, there will be a 3GB RAM variant for the Flash Plus 2 which will be available around end of June at RM729. Nevertheless, the 3GB RAM Flash Plus 2 still have a best price to value ratio compared to Redmi Note 3 at its current price tag. 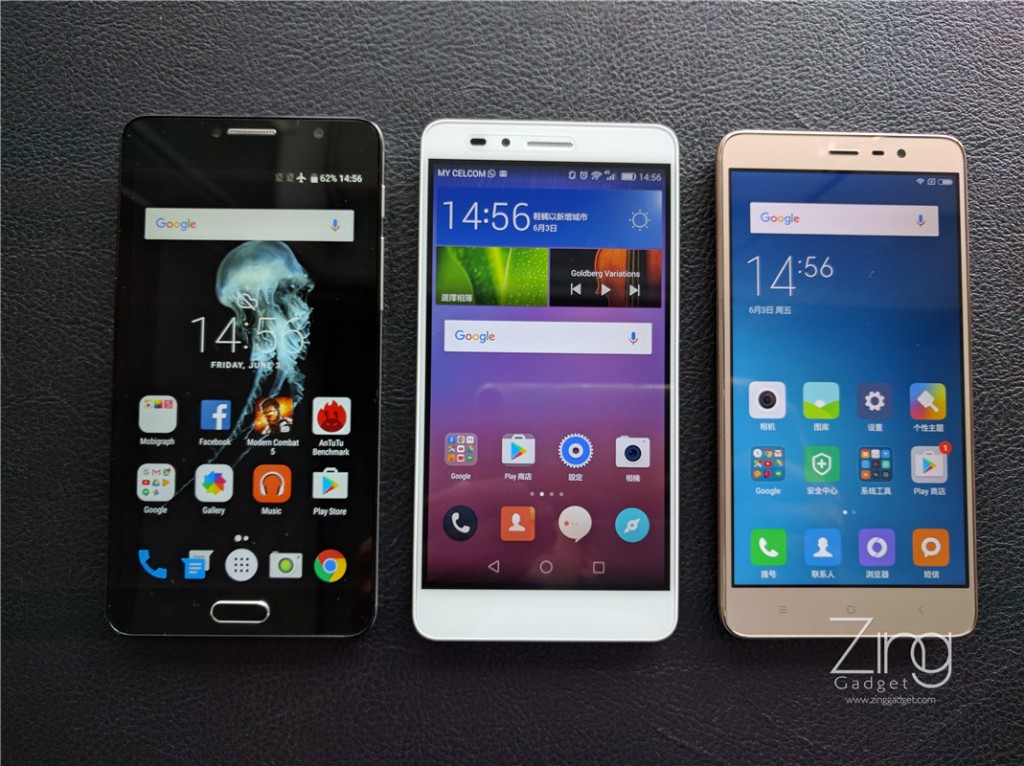 All of these smartphone sport a unibody design while the Redmi Note 3 and Honor 5X comes with capacitive navigation keys. However, the Flash Plus 2 does has a distinct solid home button that comes integrated with 360 degree fingerprint recognition sensor! The Honor 5X and Redmi Note 3 also comes with a fingerprint sensor located on the back. 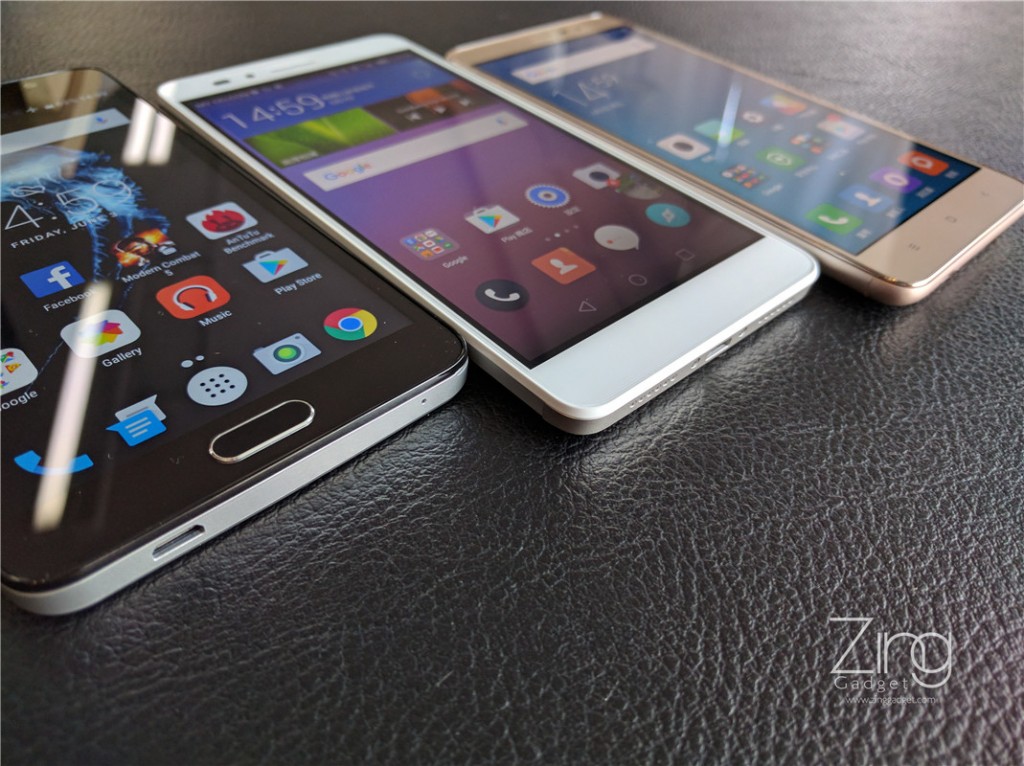 Both 3 smartphones has a bold design while provides comfortable grip.

The Redmi Note 3 has the smallest bezel among all but has a tiny black bezel on the side of the display. Meanwhile, the Flash Plus 2 has a neat bezel but doesn’t come with a black bar. Nevertheless, all of these display are belong to the same par. 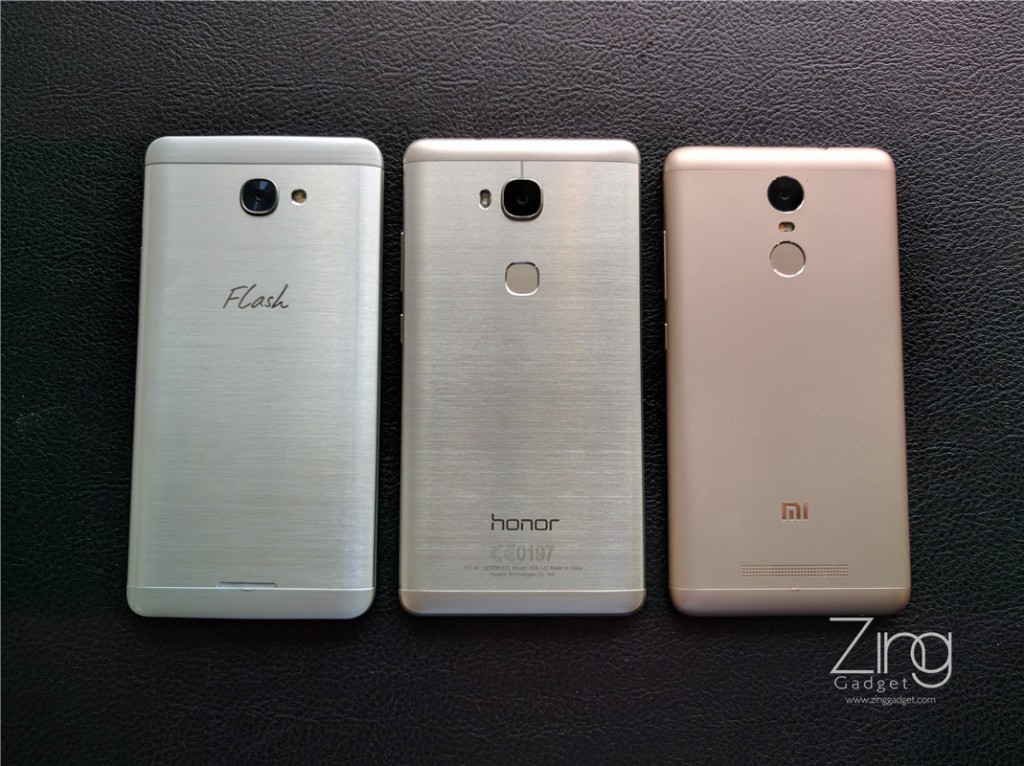 Flipping onto its rear, the Flash Plus 2 and Honor 5X has a great similarity on its rounded rectangle camera while the Redmi Note 3 camera has a circular shape. Redmi Note 3 has a matte textured finish while the Honor 5X has a brushed metallic cover for a better grip. Meanwhile, the Flash Plus 2 gives a firm metallic feeling when looking from its rear. 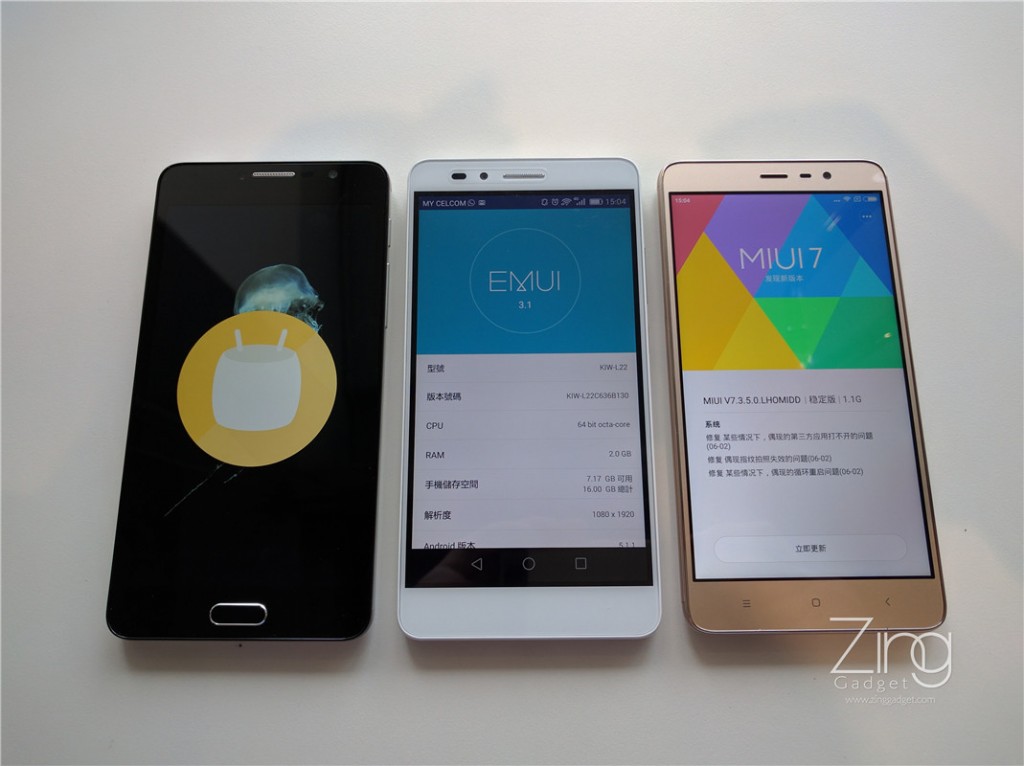 In terms on its OS, the Flash Plus 2 is the one and only one that runs on the latest Android 6.0 Marshmallow OS. The Honor 5X and MIUI 7 still runs on older version of Android 5.0 which we expect it to update sooner around this or next year. The new Android 6.0 has a better power management optimization for a longer battery life.

On its UI, the Redmi Note 3 runs on customized MIUI 7 interface while the Honor 5X runs on EMUI interface based on Android 5. The Flash Plus 2 has the closest look to the original Android Open Source Project with a pure taste of Marshmallow.

Besides, Flash Plus 2 also offers storing up to 5 unique fingerprints which can be utilized for quick launching application. Meanwhile, Honor 5X has a self learning system that increase the accuracy and precision to unlock smartphones with its fingerprint sensor. 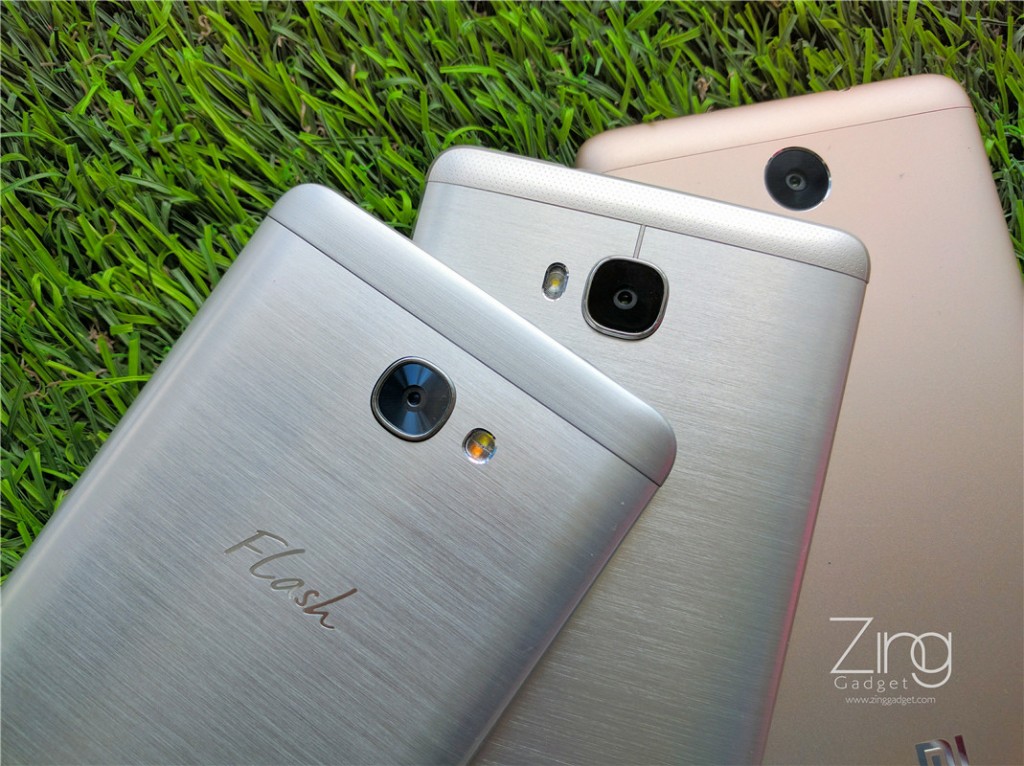 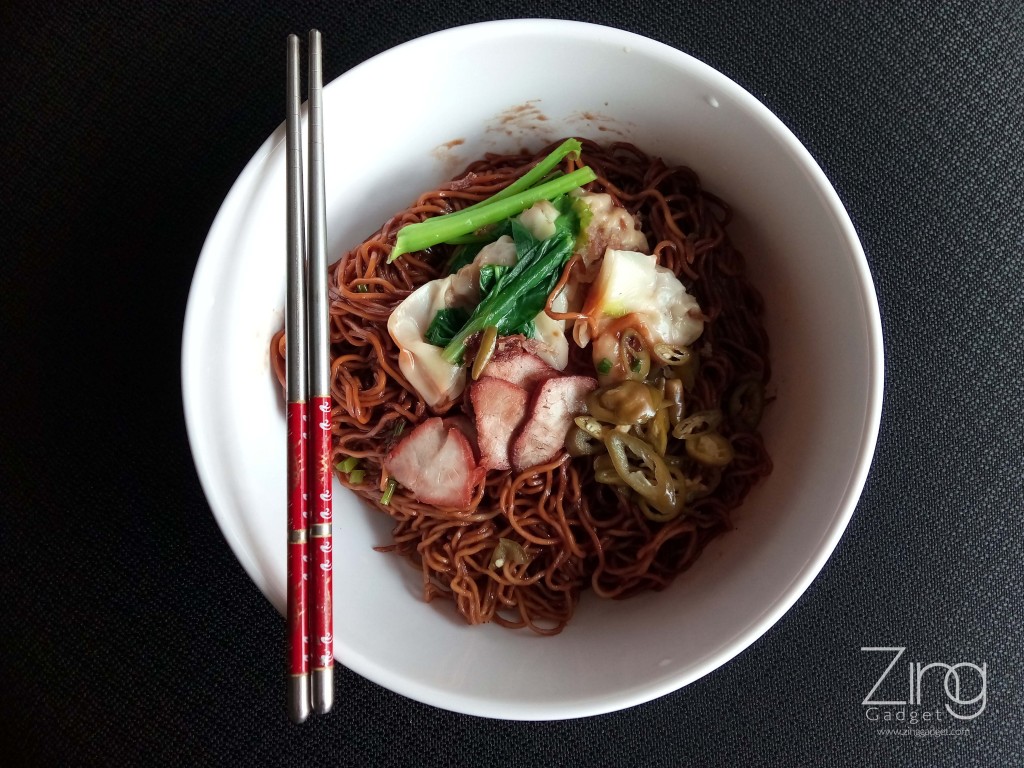 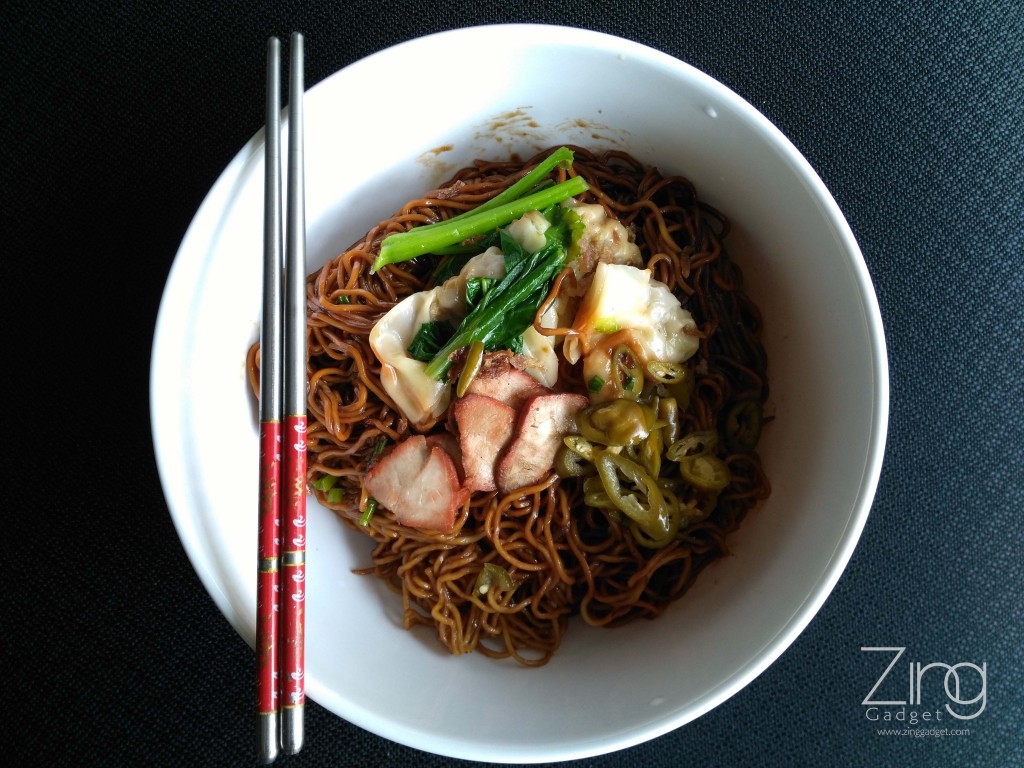 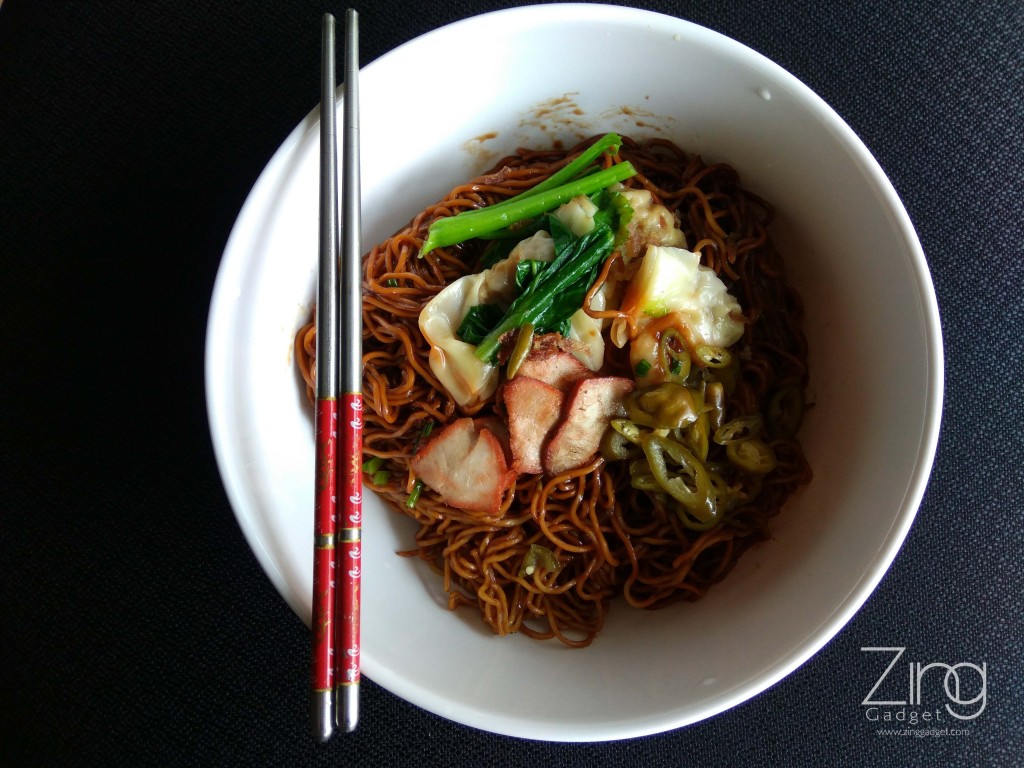 Images taken from 3 smartphones are almost belong to the same category while the Redmi Note 3 is slightly out of grid. Honor 5X comes with the Smart Image 3.0 image processor that enhances the image post processing and thus producing quality images. Meanwhile, the Flash Plus 2 camera has a tend to favor towards natural scenery.

When zooming onto detail, the Flash Plus 2 is able to reproduce image with great details (have a closer look onto Char Siew) while the Honor 5X and Redmi Note 3 is slightly out. 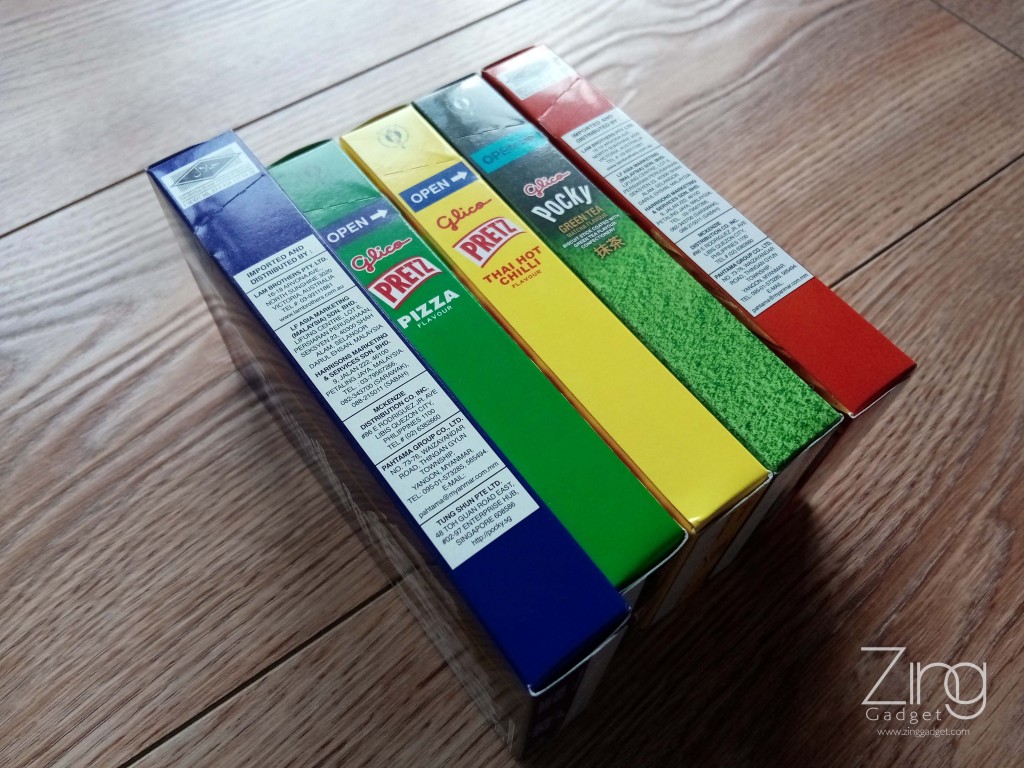 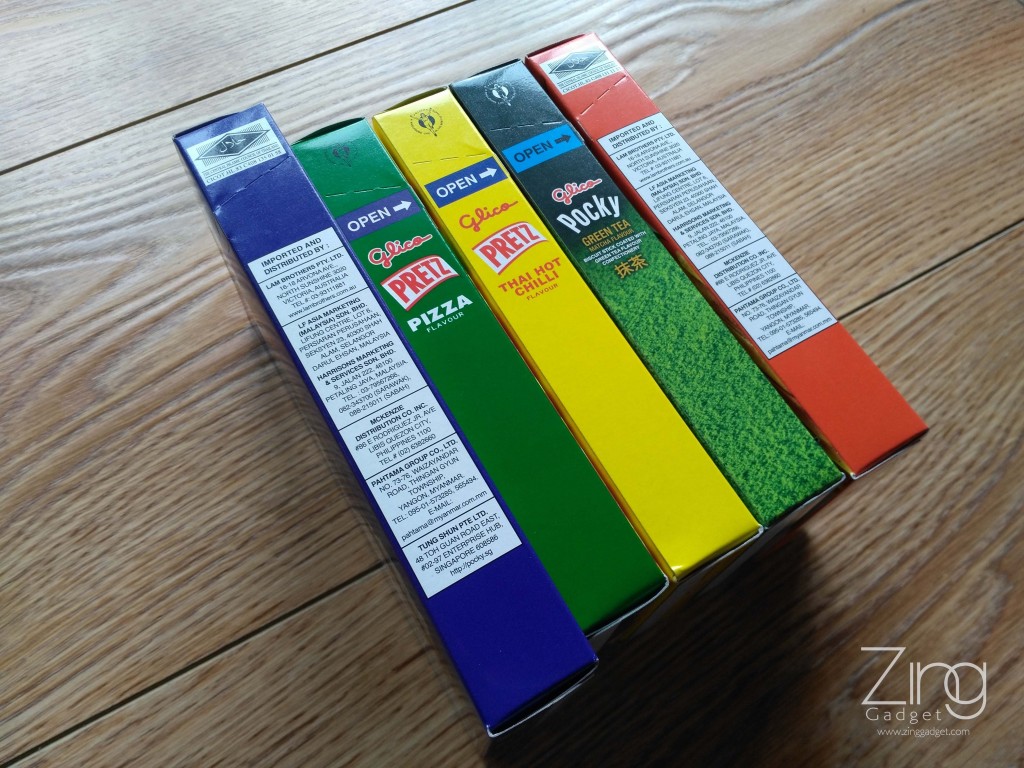 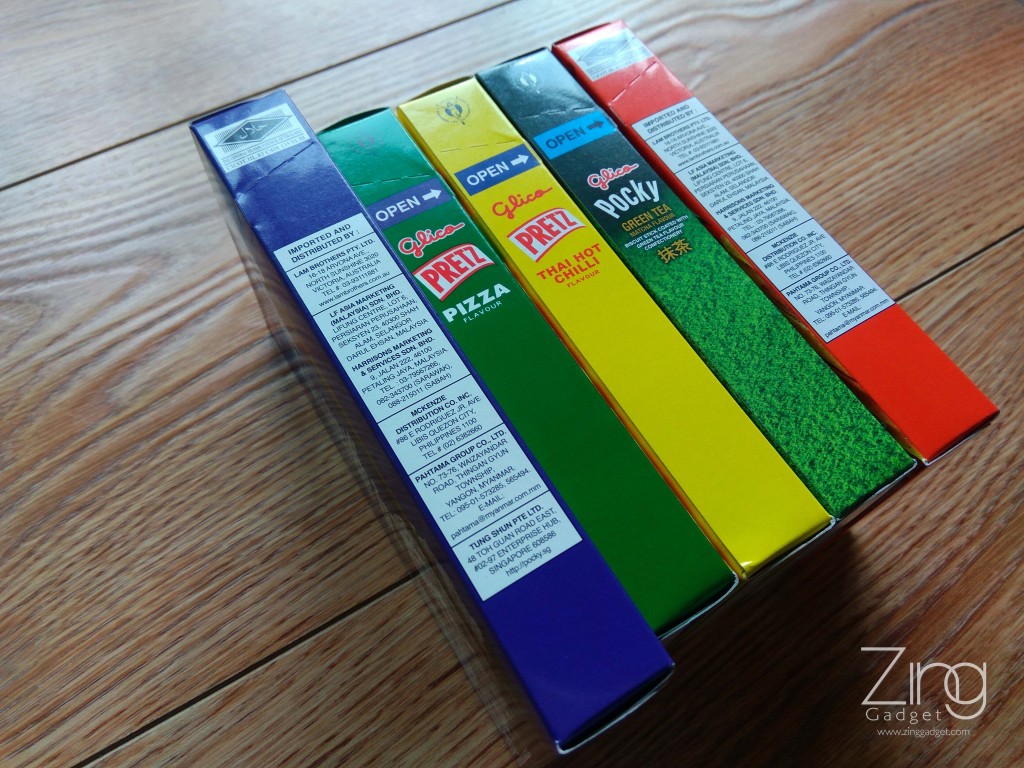 When zooming onto details, the Redmi Note 3 has a greater details reproducibility due to its 16MP camera while Honor 5X suffers from noise. The Flash Plus detail reproduction is considered satisfactory for casual use. 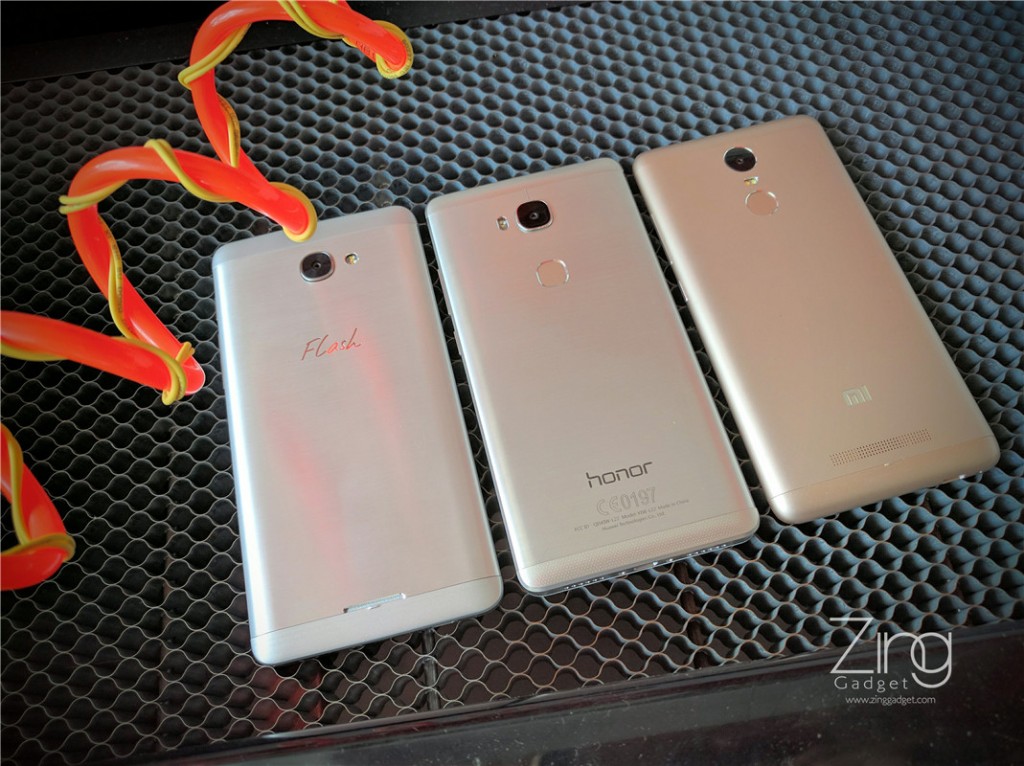 Flash Plus 2 is powered by MediaTek Helio P10, Honor 5X is powered by Snapdragon 616 while the Redmi Note 3 runs on Snapdragon 650 processor. All of these system on chip are belongs to mid-range category where we will not expect great difference in terms of performance. 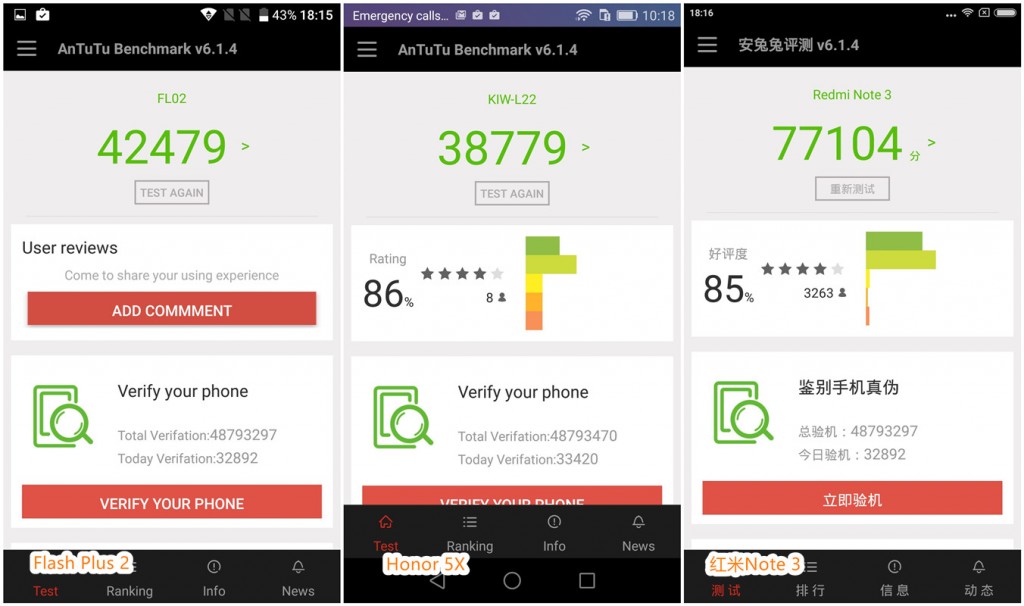 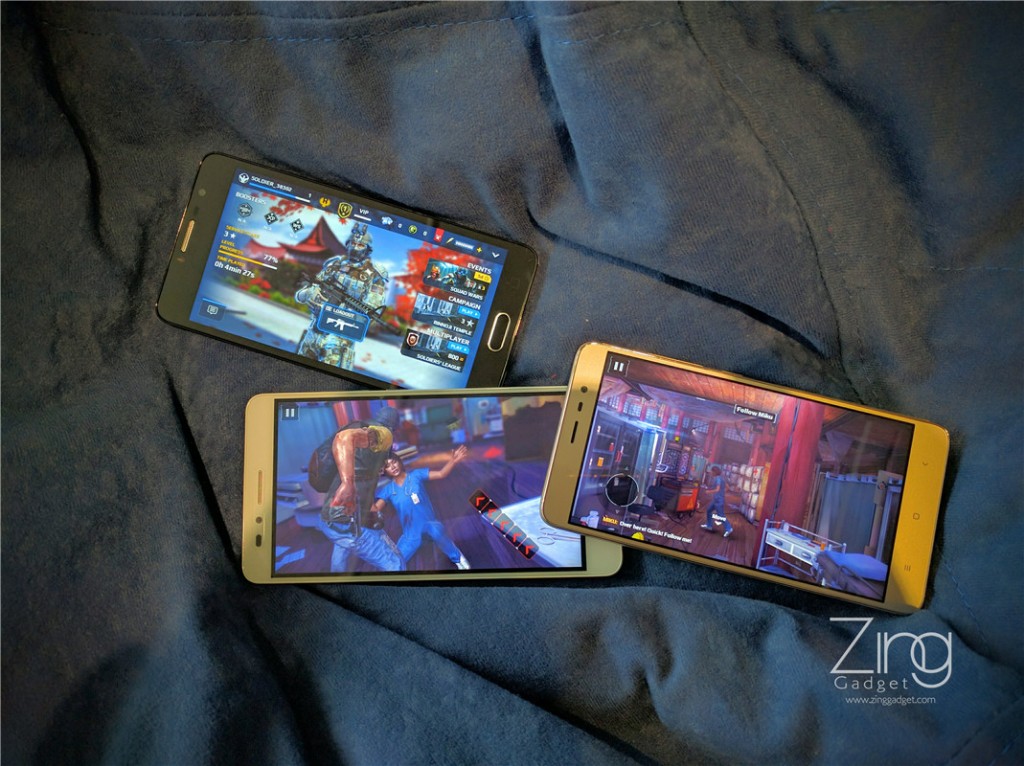 However when it comes to casual web browsing, gaming, video and music streaming, both 3 smartphones perform greatly without any lag. 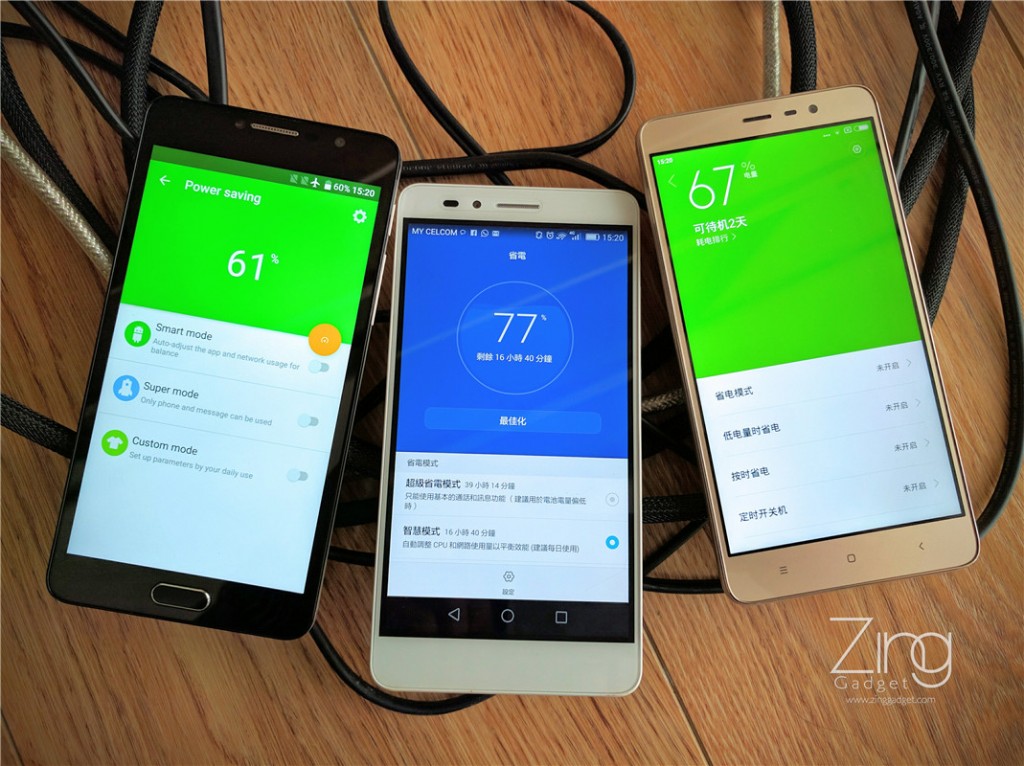 On the other hand, Honor 5X does support 5V/2A input but only comes with stock adapter at 5V/1A. The Redmi Note 3 at 5V/2A charging rate makes the smartphone charged faster but not as fast as the Flash Plus 2. 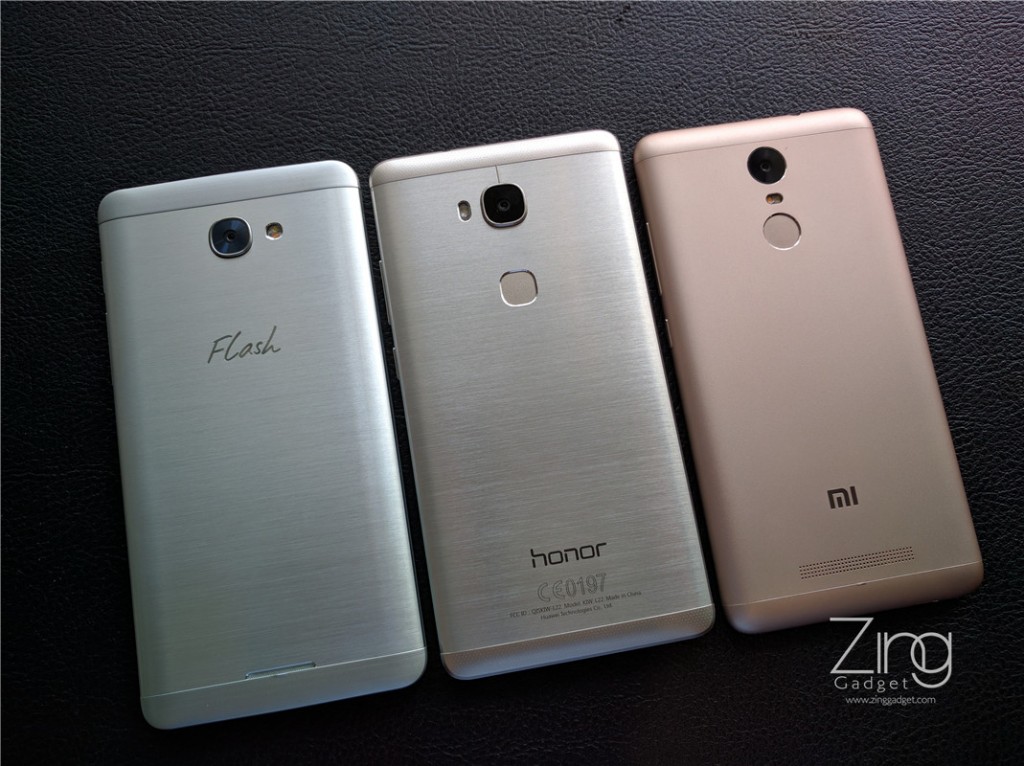 Thorough all the comparison, all 3 smartphones shows a similar design and metallic build quality with the same display size and quality. However, the Flash Plus 2 has a best price to value ratio as it offers quick fingerprint recognition at 360 degree and a battery and and adapter that can be recharged quickly. Nevertheless, Redmi Note 3 offers the best performance among all 3 smartphones.

The Flash Plus 2 is priced the cheapest among all and yet offer the decent performance and value for its feature. We hope that the new 3GB Flash Plus will offer a much better user experience when it is launched!

Grab any Galaxy S8/ Plus or Note 8 for RM388 Senheng voucher!

Celebrating the upcoming Chinese New Year, Samsung Malaysia has launched a new promotion for their 2017 flagship – Galaxy S8, S8 Plus and Galaxy Note ...