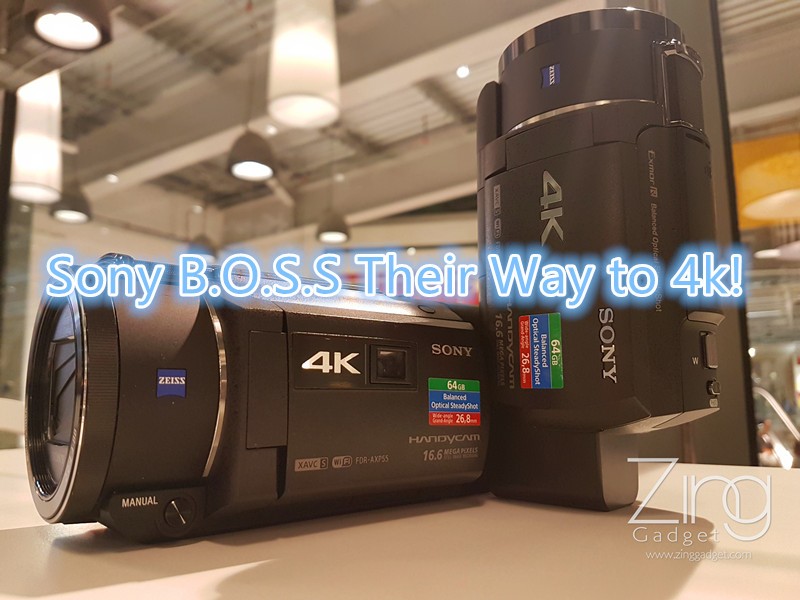 For all video-maker lovers out there, this one’s for you! Say goodbye to the old school of Full HD video and enter a new world of 4k resolution. Sony is up and running to open the world of high resolution 4k video. The word 4k itself screams a lot of meaning.

Bringing in the Sony Handycam of FDR-AX40 and FDR-AXP55, Sony seems to be working out their magic pretty well. Whether you are semi-pro or professional, the Sony Handycam is the ideal partner to be your architect of film making. To put it simply, they are somewhere up at the 4k category – even the handycams have a shining 4k bling on it! Let’s have a look shall we?

When you see 4k, you know some magic is gonna take place

What are you looking at huh?

The word “handy” in the handycam speaks a lot for itself. On first look, both the FDR-AX40 and FDR-AXP55  showed me what a real steady shot really is. Sony cameras has always been known for its B.O.S.S (Balanced Optical Steady Shot) feature that literally follows your subject focus, allowing for a much smoother and more importantly a steady movement for your video recording. This makes the 5-axis Intelligent Active mode making Sony lovers screaming in joy. Here’s what we got:

Normally the way videographers get around their video production is setting up various stuff – ranging from tripods, stabilizers, lights, and the lists goes on (MANNEQUINS anyone?) But the pairing  twins (let’s call it twins shall we?) of FDR-AX40 and FDR-AXP55 literally kicked away those tools to give you the stabilizing factor that video makers could only dream of. Sony is already making that dream a reality.

The eye of Zeiss

To make it easier to explain from all the technical cliches, both the FDR-AX40 and FDR-AXP55 is giving you one step to be the next Christopher Nolan/ Steven Spielberg/ Michael Bay (minus the explosions). The Fast Intelligent AF gives you speedy,and accurate contrast-detection autofocus by minimising lens motion of the handycam, ensuring you capture moments you don’t want to miss. You can check out the coolest stuff inside both the handycams and its differences here:

I’m making this as humanly plain as possible

Split for choice anyone?

“Now you see it, now you don’t” is a famous phrase, but Sony may just changed that to ” Now you see it, now it’s closer”. Both handycams has a whooping zoom of up to 20 times! That’s insanely impressive for a handycam. The road to being the next Hollywood director is underway with this applicable function. However you do need to zoom it slowly in order for the handycam to do its work of auto focusing. Zooming it too fast will only render your subject focus blur. In a nutshell, this is the ultimate stalking tool! (Kidding, please do use this for stalking, it’s just not cool. Just don’t)

From left top to bottom right, you’ll see how far it can zoom in (no stalking people please!)

Stabilization has always been the crucial consideration point of any videographers out there. No one wants to publish a blurry, unstable, unprofessional video. The duo of FDR-AX40 and FDR-AXP55 gives you the option to choose which particular SteadyShot of Intelligent Active, Active, or Standard that is preferred. Just look at the difference I did with my Snorlax plushy (nope sorry, he’s mine)

The only thing that separates the deadly duo is the extra function that the FDR-AXP55 gives. It has a small projector that allows you to show off instantly in a beaming screen to your friends to add a little spice to your videos. Then you have the NightShot which gives you the feel that you are playing the Outlast game. I wouldn’t recommend you trying the NightShot alone though… Just get a buddy to accompany you in case you may get stuck in a dark place (what are you doing in a dark spot anyway?)

Reminds you of Outlast anyone?

With all the high-quality stuff going on in both the FDR-AX40 and FDR-AXP55, some may predict that the battery may last less than an hour. No cookie for them as you are free to record continuously for up to 150 minutes! (that’s 2h 30min). If you let it run by itself on idle, it can last up to 5 hours. With a full battery charge in an hour for more than twice that time of recording, I would say it is worth it. 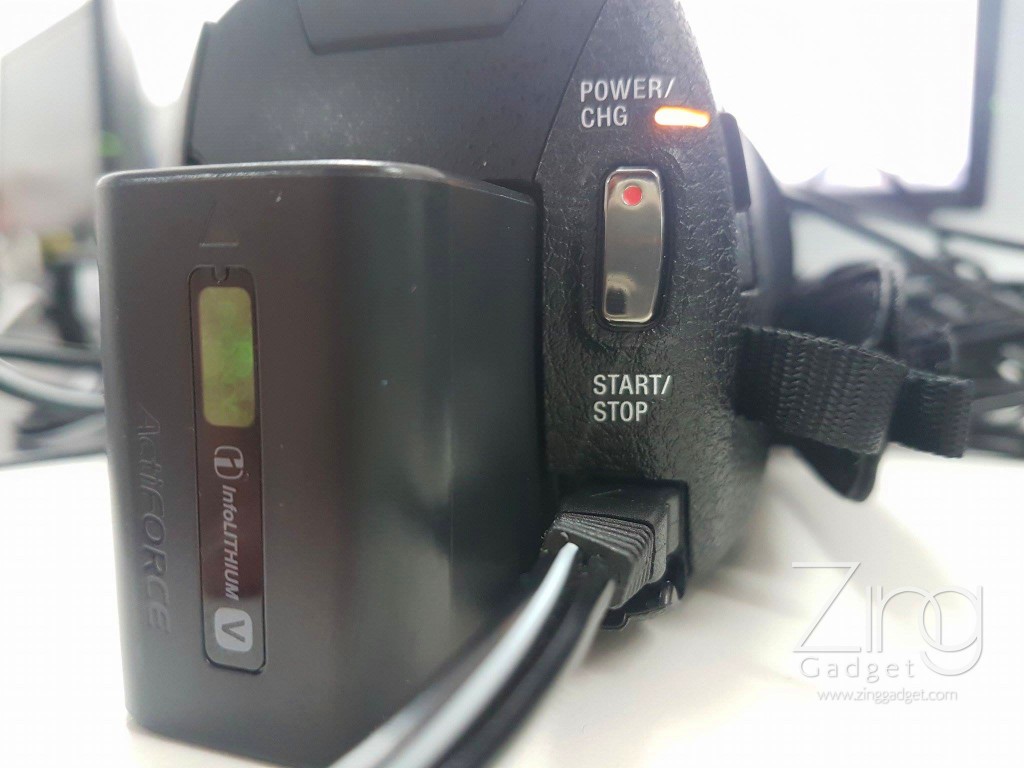 I got the power!!

Giving the kind of promised quality Sony Handycams have given over the years, it’s no surprise to see them increasing the price for better and extra features. The FDR-AX40 and FDR-AXP55 are priced at RM 4,699 and RM 5,499 respectively including GST. Some may think it is expensive, but both of these handycams are the present and future of videography. If you are looking for something to create your high quality videos with convenient, yet casual and user-friendly, the FDR-AX40 is your choice. For those who are willing to try for something with extra features of night vision and projection style, then the FDR-AXP55 is for you. For me, both are the same in terms of specifications, quality and end-result. At the end of the day, it’s the personal preference of videographers out there.  In a nutshell, Sony is in the right track for the future of handycams – make and believe!

Celebrating 5th anniversary, SatuGadget is now giving out smartphones worth more than RM28888!

If you are looking for a new smartphone and has spare time during this weekend, Satu Gadget is now organizing their 5th anniversary carnival on ...