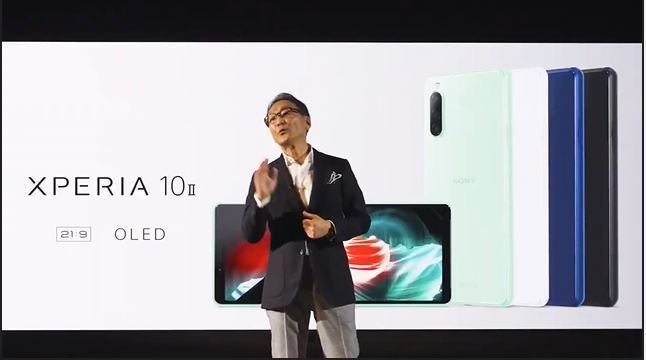 Today, Sony has announced that there will be launching new smartphone on the coming Spring season. This time, the new Sony smartphone to be launched is the Sony Xperia 1 II (Sony Xperia Mark 2) which is powered by Qualcomm Snapdragon 865 SoC along with 6.5″ 4K HDR panel.

The Sony Xperia Mark 2 6.5″ 4K display has an aspect ratio at 21:9 and supports Sony BRAVIA, Master Monitor for colouring and Cine Alta Creator for greater colour accuracy. As for the device colours, its available in black, white and purple.

The camera itself is a combination of quad lens along with collaboration with ZEISS and Sony Alpha technology. There is a 12MP ultra wide angle and standard wide angle lens and a 3D ToF lens. The lens is coated with ZEISS T* Coating which reduces reflected light and creates better image.

It also has a 8MP selfie camera.

The Sony Xperia Mark II is powered by the most advanced Qualcomm Snapdragon 865 SoC and paired with 8GB RAM and 256GB ROM. The battery is sized at 4000mAh and supports wireless charging.

As to enhance gaming experience, the Sony Xperia Mark II also supports Dualshock 4 controller (PlayStation) and a speaker by Dolby Atmos and technology from 360 Reality Audio. This enables high fidelity (HiFi) music to be aired for high quality music streaming site such as Tidal.

Many tech companies has begin making their products more private following by the increased security and privacy awareness online. Google in the other hand has ...