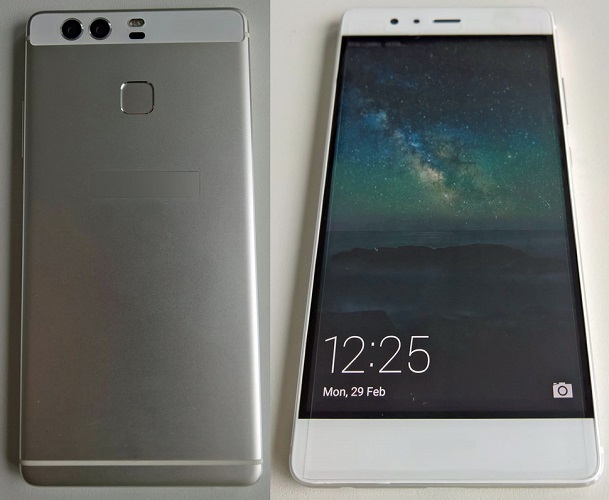 According to previous leak from credible source, the new Huawei P9 flagship will comes with 4 variant which are the standard version, enhanced, lite and P9 Max. With 4 days left till its launch, all the rumors and new for the Huawei P9 has begin to appeared online which includes the benchmark of the new Hisilicon Kirin 955 processor from the Huawei P9! 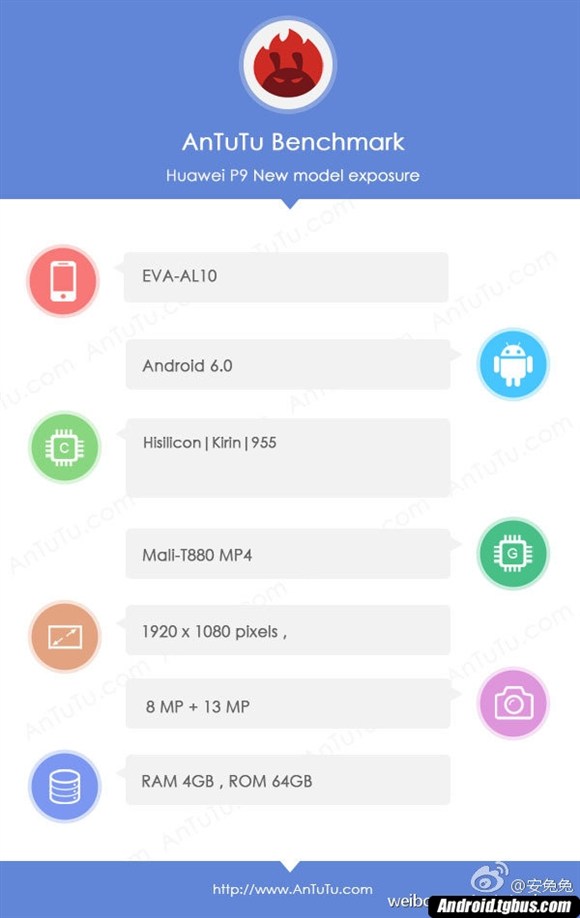 According to Antutu Benchmark result, the new Huawei P9 (EVA-AL10) is powered by Hisillicon Kirin 955 processor with Mali-T800 GPU and runs on Android 6.0. It also features Full HD display and comes with 4GB of RAM and 64GB ROM.

On a side note, the camera on the Huawei P9 is a 13MP camera and not the 12MP camera as stated from previous leaks. 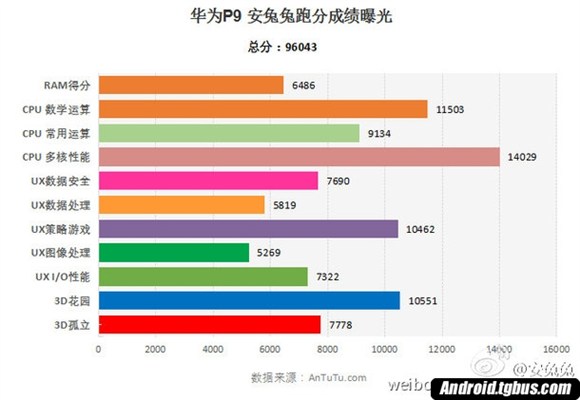 The Huawei P9 benchmark score in its processor and other hardware has an impressive score at 96043 which outblows Huawei Mate 8 around 92000. Looks like Huawei P9 is going to be an impressive flagship from Huawei when it is officially launched!

HUAWEI has been expanding its business from smartphone and telecommunications infrastructure provider to wearables, notebook and more. HUAWEI has established 6 research team which has ...