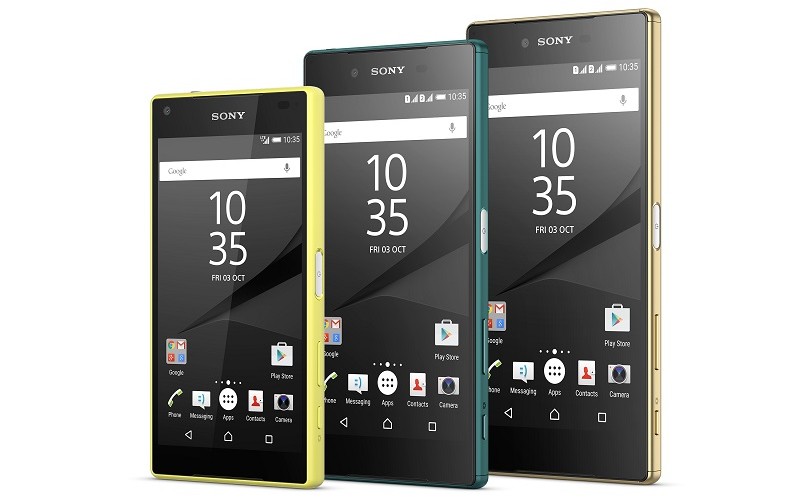 Yesterday was a great day of Sony, where they had been release the next Z series flagship in the IFA 2015 happening at Berlin. Previously, it was rumored that their new smartphone will comes with 23MP camera and stunning 4K display, looks like those are real this time!

The Xperia Z5 has a similar design style as the the Z3+ which uses the metallic material as the frame of the smartphone. The rear was a matte glass which makes it looks superior and elegant. Meanwhile, the power  button on the right side of the Z5 also comes with a fingerprint sensor that ease the unlock process!

Since it is a flagship smartphones, one does not simply forget the mighty Snapdragon processor! All Xperia Z5 variants is powered by 64 bit Qualcomm Snapdragon 810 processor and comes with 2GB RAM (for Z5 compact), 3GB RAM (Z5 & Premium) and 32GB of total memory.

Although the processor on the Z5 is similar as the Z3+, but the camera is a big upgrade. Sporting a 23MP rear camera, 1/2.3″ Exmor RS for mobile image sensor with f/2.0 aperture and G lens, it is able to take picture with just a short focus time at 0.03 seconds. The front camera is a 5MP camera that does all the selfies.

The Sony Xperia Z5 and Z5 compact will  be out on the upcoming October while the Premium line will be released on the November. We will bring you more information and review when it has arrived into Malaysia!

Few weeks back Huawei has held a campaign offering incredible price tag for their entry level smartphone – the Huawei Y6 Pro for S$54 instead ...