The “Honor” that changed the world – Honor 7 hands-on! 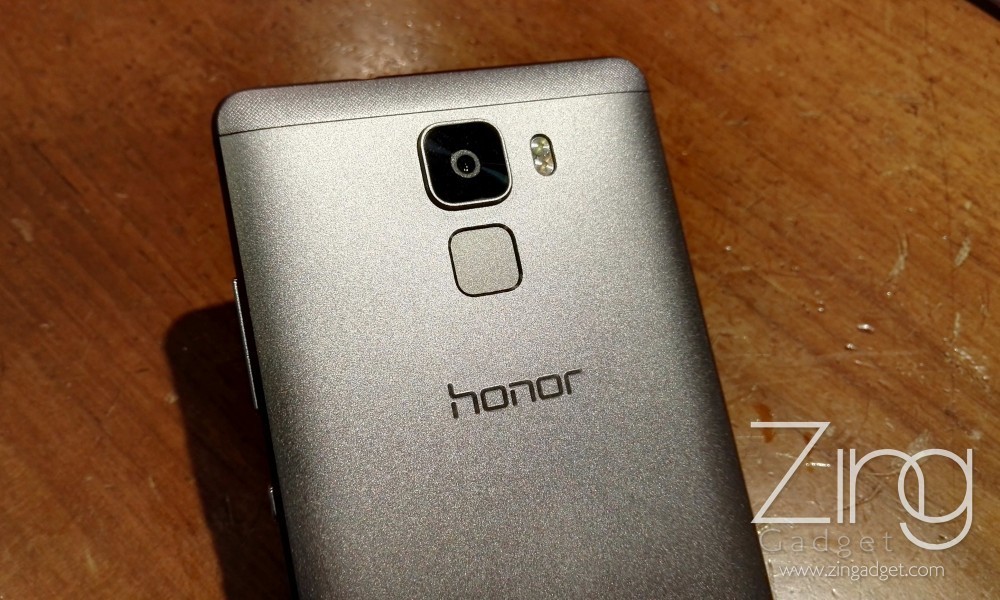 When the nightfalls has came and all of us were gathering beneath KL twin tower to witness the birth a new generation of Honor smartphone. On the 21st of September, Huawei Honor proudly present the Honor 7 which feature state of the art technology packed inside a tiny smartphone. We’re lucky enough to be the one of the first to experience this smartphone. Without further ado, let’s have a closer look of the Huawei Honor 7!

The Honor 7 box is specially crafted that comes with a large ‘7’ marked on the top of the case. Honor still use the “Honor blue” for each of their Honor flagship smartphone which include the latest – this Honor 7.

The Honor 7 and the Huawei Mate 7 looks highly similar (since both are sister companies). Since the Mate 7 received great response in China, Honor is looking forward to share the ‘honor’ to mainland customer for it to shine. While everyone still have clear memories of the Honor 6 and 6 Plus looks like, Honor this time changed the design to Huawei alike that shocks some of us off.

The 8MP front camera comes with a wide angle lens (26mm) and a warmth LED flash that satisfy the those selfie lovers!

The bottom part of the Honor 7 resembles the old Honor 6 design with a curved edge. Meanwhile, Honor has use the capacitive touch screen software keys rather than conventional hardcoded keys on the bottom. With such large screen, the bezel has been narrowed down to a great extend but there is a black bar can be noticed on the side of the display. It is likely implemented to reduce the impact of the display when smashed onto the ground.

Honor 7 uses mostly on metallic material to make the whole device appears more premium. However, not all the part of Honor 7 are made up of metallic alloy as the bottom and the top part of the Honor 7 are polycarbonate. One of the benefits of this material usage is it enhance the signal reception of the smartphone but sacrifices the unibody material design on the smartphone.

The volume rockers and the power button are located on the right side on the Honor 7.

The Honor 7 supports dual nano SIM standby and support dual 4G at the same time. If you would like to expand the external storage with microSD, the only solution is to sacrifices one of the SIM slot for your storage expansion. One of the unique feature of the Honor 7 is a smart button that can do anything from launching application, taking screenshot by single tap, double tap or long pressing the button.

Apart from the common 3.5mm jack and microphone, it also comes with IR blaster that act as a remote!

Honor 7 does not comes with dual stereo speaker as the left are loudspeaker and the right grill comes with microphone installed within it.

This time, Honor has upgrade their flagship camera specification to 20MP image quality. This means there will be more detail and color retain in the image capture from the camera itself. The camere module appears protruded but it comes with sapphire glass so be rest assured about accidentally scratching your camera.

Sample images from the camera

Honor 7 comes with Sony IMX230 image sensor that is able to retain the best quality of photo taken on the spot. With 0.1 second autofocus time, the Honor 7 can snap instant picture without it looking too blurry. Although the image quality appears normal when taken in such a short moment, it undeniable that the colour of the surrounding and the image is well balanced and preserved. Besides, the food mode also enhance the colours of the food taken which makes it even more appealing when shared through social media.

In short, the design of the Honor 7 does not has a much significance since the design is based on the Huawei Mate P8 smartphone. However, we felt that the Honor 7 provides has great user experience when using their smartphone especially the smartphone is made out of mostly metallic alloy. Unfortunately, there is only 16GB variant available in Malaysia although there is 64GB version available in some other countries. Do you think the Honor 7 can attract the Malaysian consumers? Tell us your thoughts below.

As the smartphone world are expanding day to day, it has results in constant competition between smartphone manufacturers in market today. The elevation of competition ...