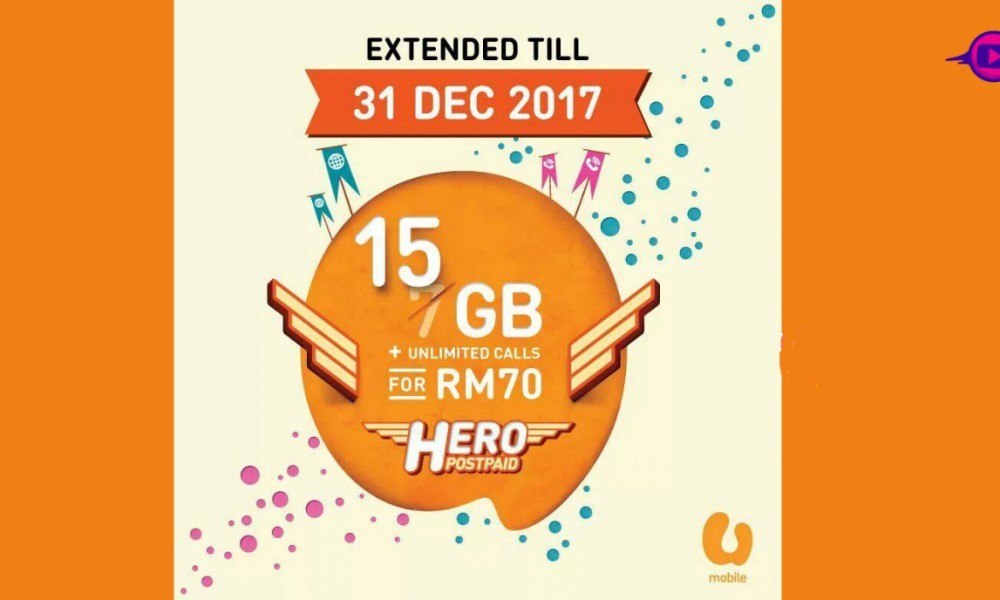 On early July 2016, we have reported that U Mobile Hero P70 plan will be extended until end of this year. However, we have received a new information on Hero P70 plan from a credible source that its 15GB data promotion is now extended till end of next year!

Previously at 7GB, the P70 plan has been upgraded to 15GB of monthly quota along with unlimited calls and 7GB VideoOnz quota. While this promo is expected to end on the end of this year, U Mobile has decided to prolong this promotion in favour to its user. Learn more about the P70 here

Thanks for the Anonymous leak!

The initial impression of the smartwatch for the year 2014 and 2015 is themed to be bulky and square faced and looks uninteresting. However, Motorola ...