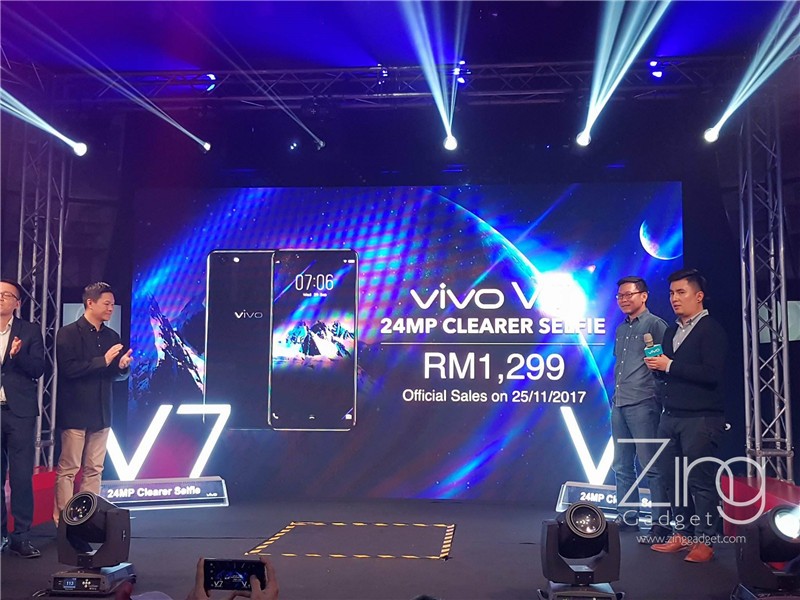 Just in today, vivo Malaysia has officially brought in their new generation selfie smartphone – the vivo V7 at Zouk KL today. Without further ado, let’s dig into specifications before entering into details of the smartphone. 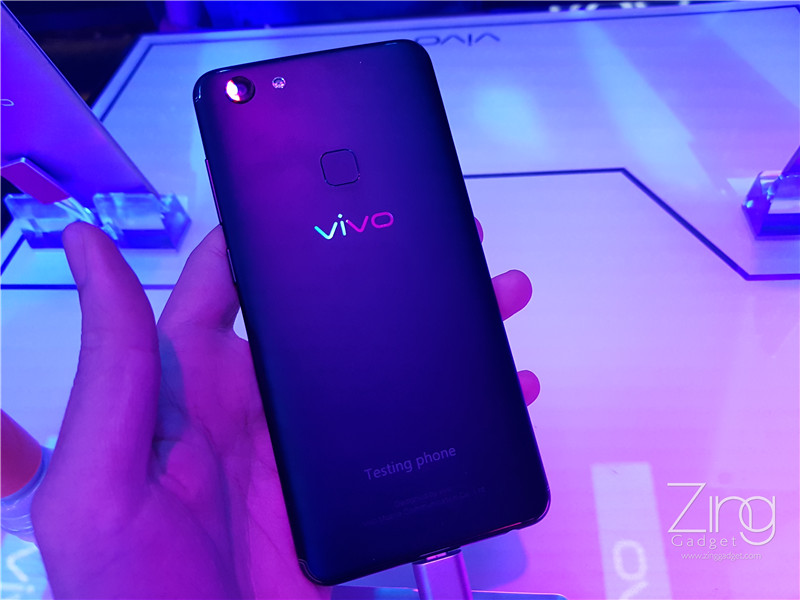 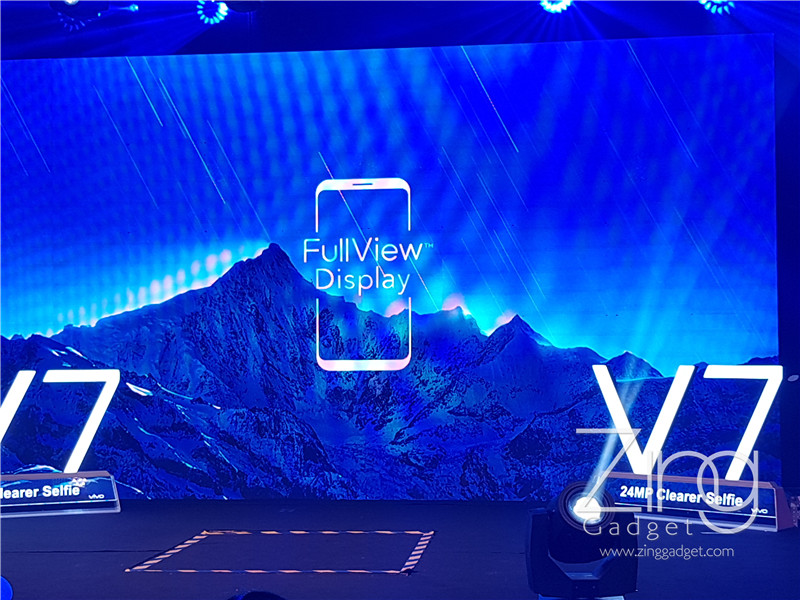 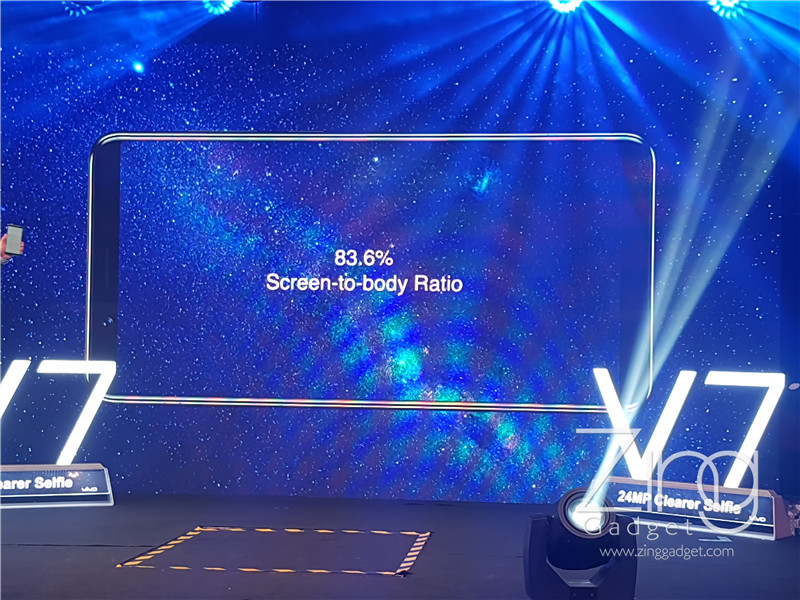 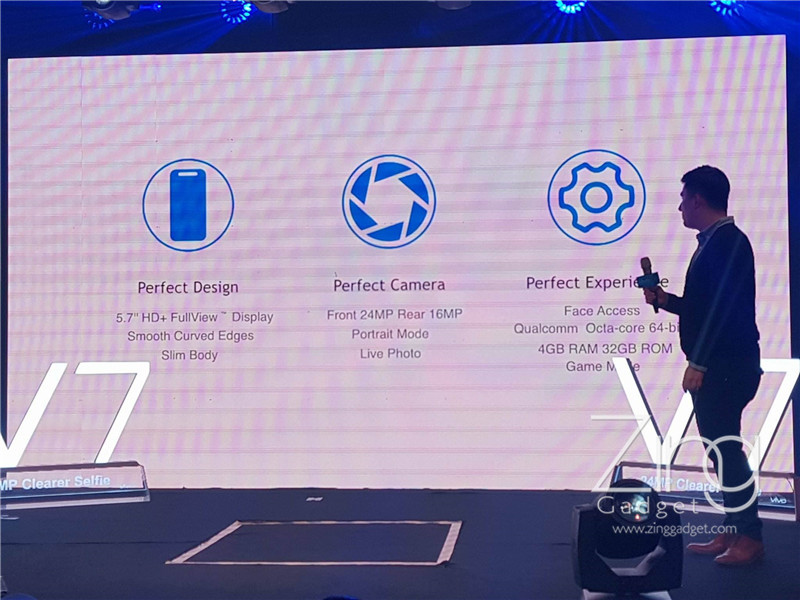 The vivo V7 has a similar design that is not too far different from the previously launched vivo V7+. However, it is powered by an entry level Qualcomm Snapdragon 450 SoC with 4GB RAM and 64GB ROM for efficient multitasker. As the V7+ has a large battery capacity at 3225mAh, the V7 only sports a 3000mAh battery compensated by its smaller display compared to the V7+. 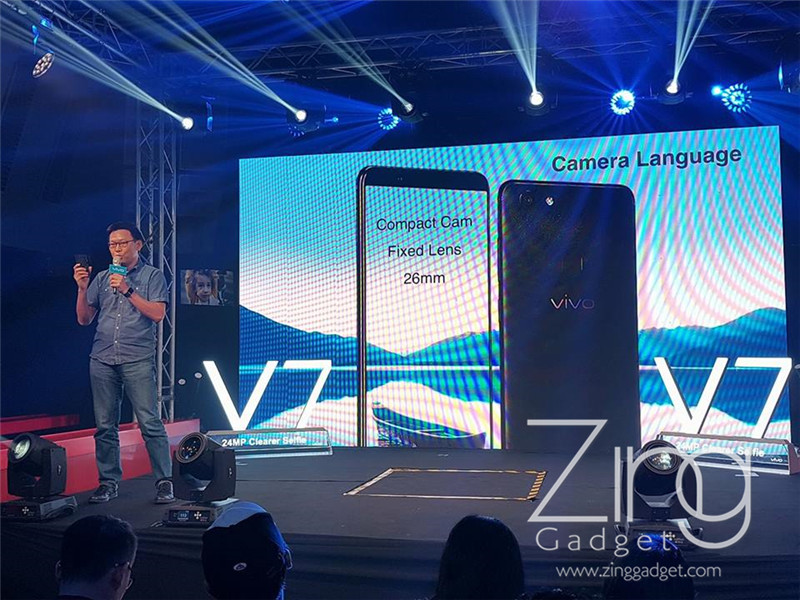 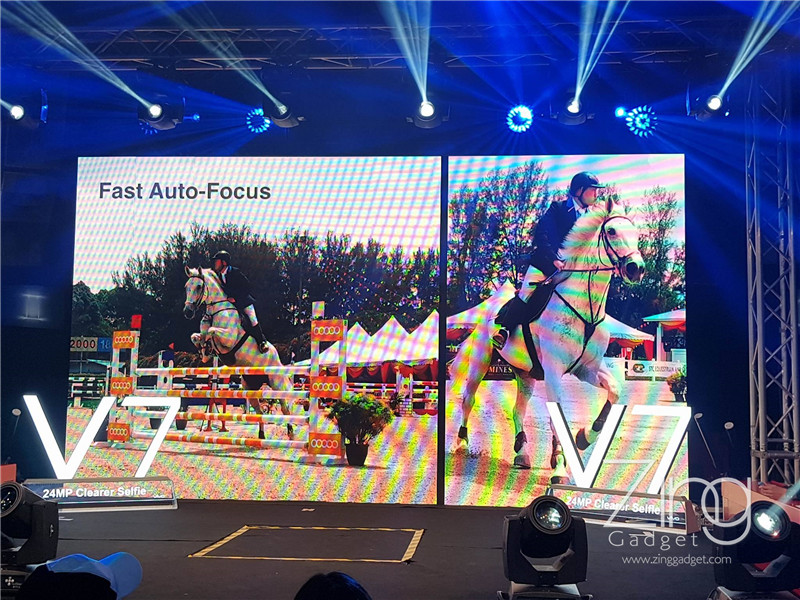 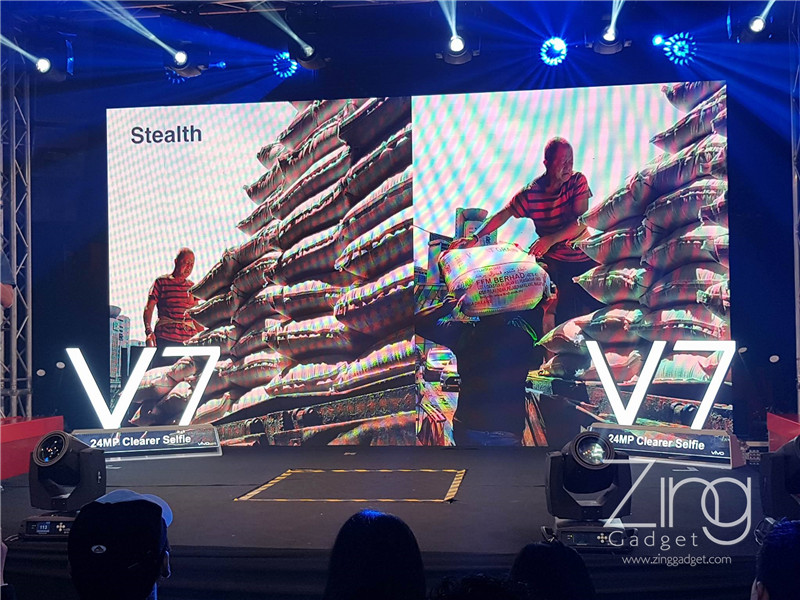 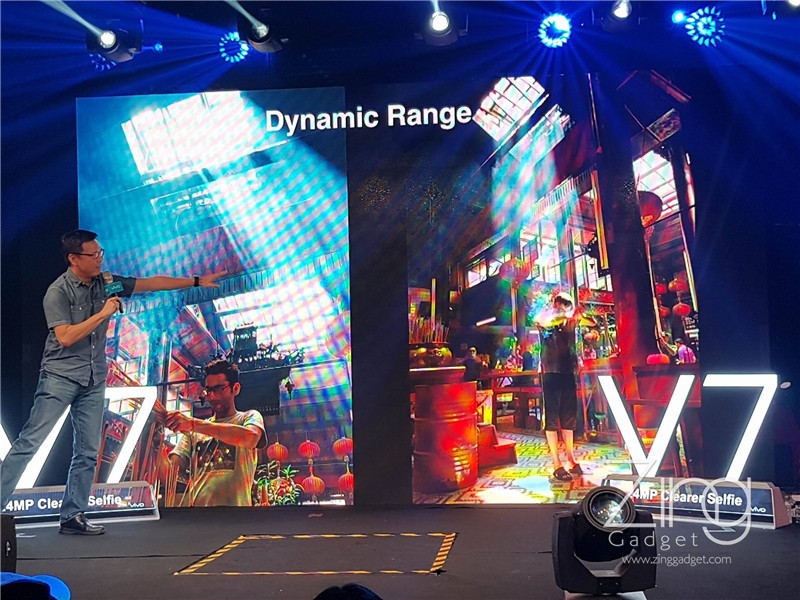 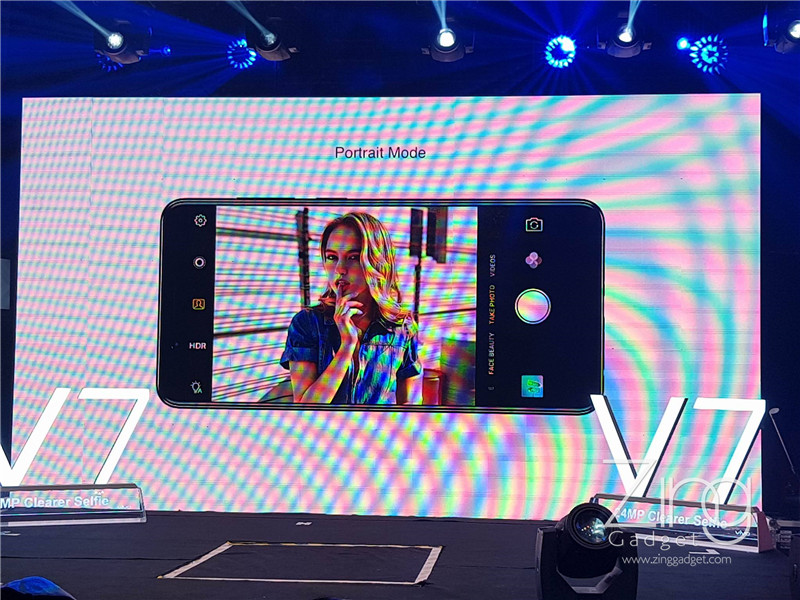 The 24MP selfie camera is the major highlight of the show and it comes with variety of shooting mode for you to express your creativity. There are 7 level of selfie enhancement level and even an evening low light shot is no big challenge for this selfie-centric camera with f/2.0 aperture. 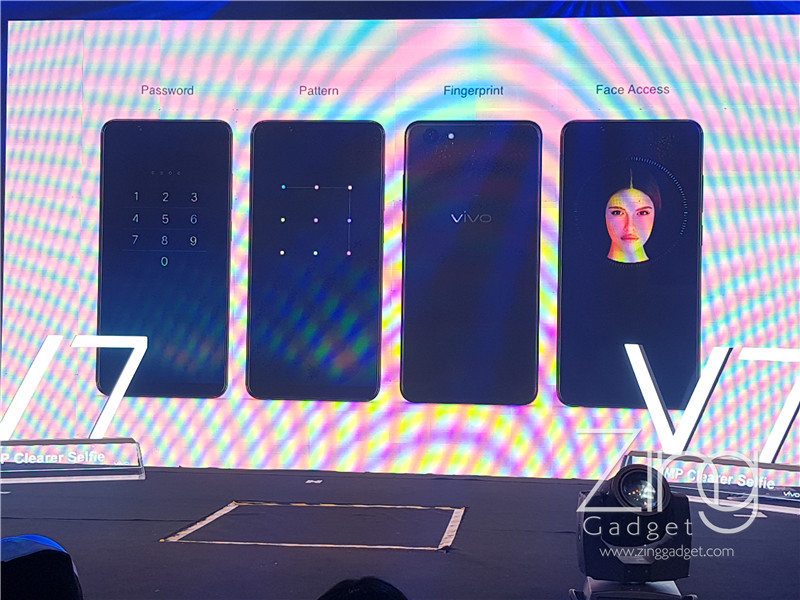 Functional wise it is no different from the V7+ and both supports fingerprint recognition or facial recognition for quicker authentication and unlock. 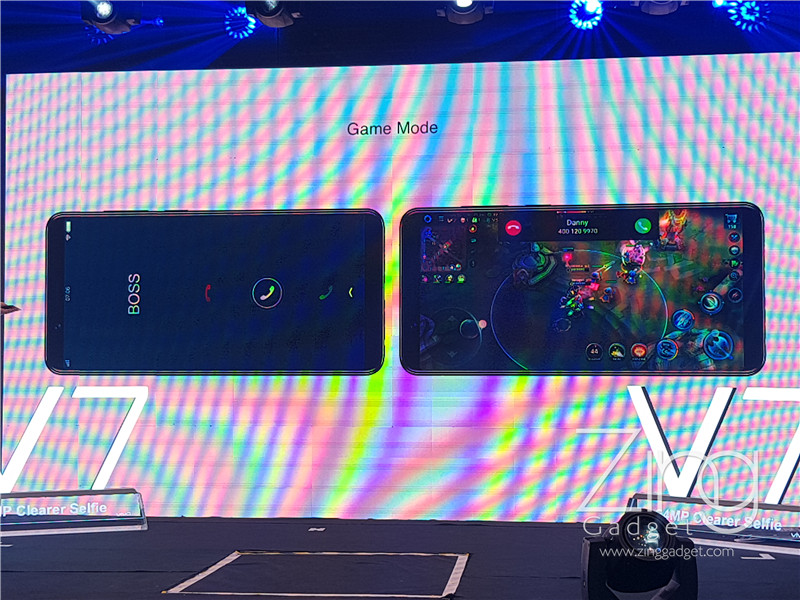 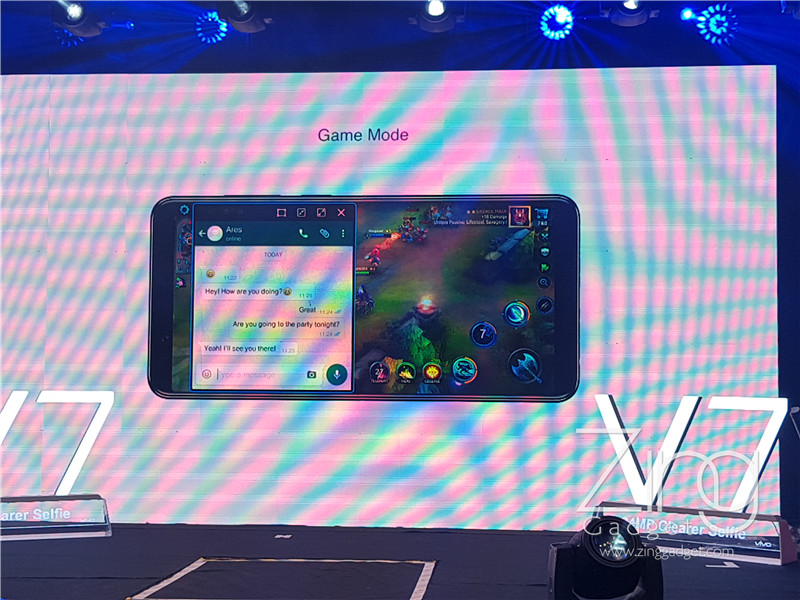 The Smart Split 3.0 is also a real world practical feature for multitasker. The added game mode brings gaming to a priority and all calls and SMS will be notified in a small window and doesn’t obstruct your view. Incoming messages can be replied through a small window so you can reply to your bae without interrupting your gameplay. 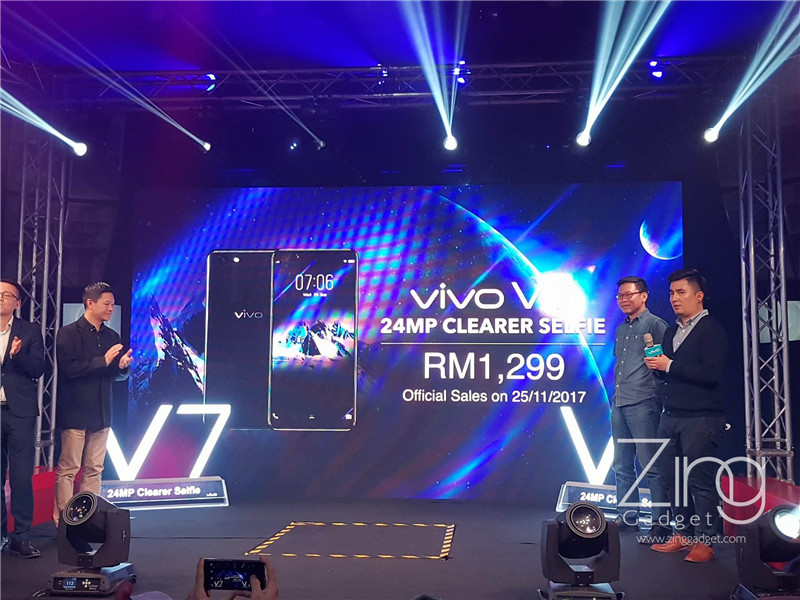 Lastly, the vivo V7 will be open for pre-order by 20th to 24th November through LAZADA and official on sale on all vivo concept stores, authorized merchants and online marketplace from 25th November onward. The retail price is set at RM1299, RM200 cheaper than the V7+ but you can get RM100 off when you pre-order during the period.

The year of 2015 is slowly coming to end with approximately 2 weeks left to the new year. Celebrating the end of year 2015, Meizu ...