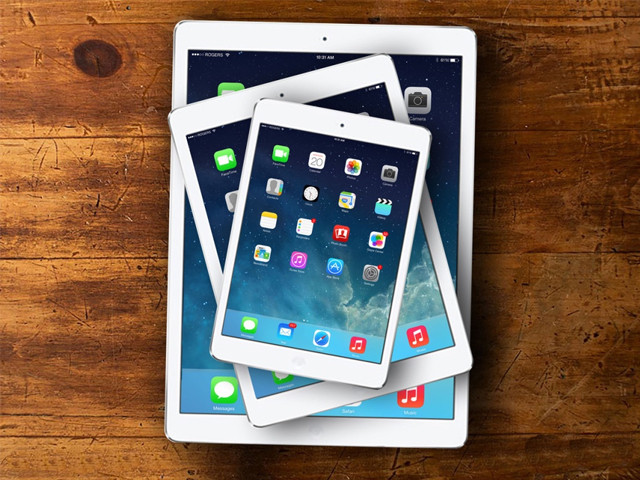 With the footsteps of the Apple iPhone 6s release appearing shorter and shorter, the Apple iPad is also set to unveiled in few moments. It is estimated that the new iPad will be appear as early as September and fall into this year. Here are the top 3 things you need to know about the new iPad!

Based on news from multiple sources, the new iPad Pro will be sized much more larger than iPad Air 2 and comes with a display at 12 inches and also supports inductive stylus (finally…) and Force Touch technology. Some developers also noticed a much larger keyboard layout on the iOS9 which is likely to designed for the iPad Pro.

Comparing the alleged iPad Pro folio case and the iPad Air 2, could the iPad Pro still offer convenient for portability?

However, it is known that the iPad Pro was designed for commercial or office which also offer splitscreen option for maximum productivity. With the keyboard combined, the iPad Pro could be a replacement for desktop which is ideal for office.

2) iPad Air 3 will NOT be surfaced this year?

Based on overseas analysts, Apple might be focusing and investing more effort in developing and optimizing the upcoming iPad Pro and thus the release of iPad Air 3 might be delayed for few months to year. However, this is still classified as a hearsay or a judgement which has not yet verified by Apple Inc.

Nevertheless, the iPad Air 3 will be a specification mark up from the iPad Air 2. It could be running A9x processor with 14 or 16nm process along with USB-Type… and state of the art technology that you would expect.

3) iPad Mini 4 will be the last iPad generation from Apple?

When iPad mini was first introduced, it received much attention and response because it is a tiny and portable device and comes with decent performance for productivity. However, different rumours suggest that the next generation of iPad mini, the iPad Mini 4 will be the last version of the iPad mini generation from Apple Inc as Apple may shift their focus into a new area (e.g:iPad Pro?).

Since the newer iPhone could growth bigger with sizes up to 5.5 inches, there is no space for iPad mini to be marketed successfully without competing its product.

As per today, eSIM services are currently available with E-linking, Mi Malaysia and Celcom only. Today, Yoodo now provides eSIM services with the support for ...