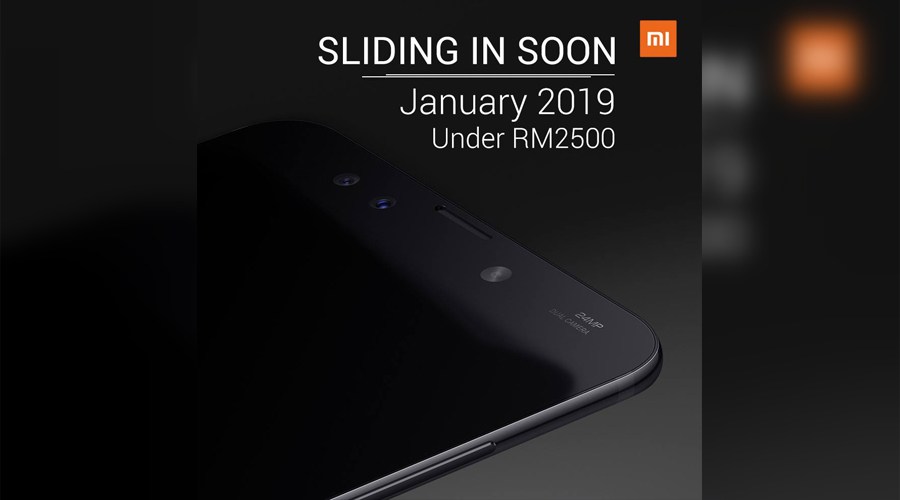 The Xiaomi Mix 3 has been a hot topic recently as it brings the nostalgic slider design and it was awarded with a score of 103 for its camera as rated by DxOMark, making the top 3 in the entire smartphone list. This smartphone is also launching in January 2019 in Malaysia as revealed by Xiaomi officials.

The teaser posted by Mi Malaysia doesn’t contain much info and there is no model name revealed. However, its design and the “24MP dual camera” unreveals itself as the Mix 3 as it specs the same. It also stated that this smartphone will be coming in by January 2019 with price tag less than RM2500.

Meanwhile the retail price for such smartphone is much more lower in China for standard edition and we can 99% confirmed that this is the Xiaomi Mix 3.