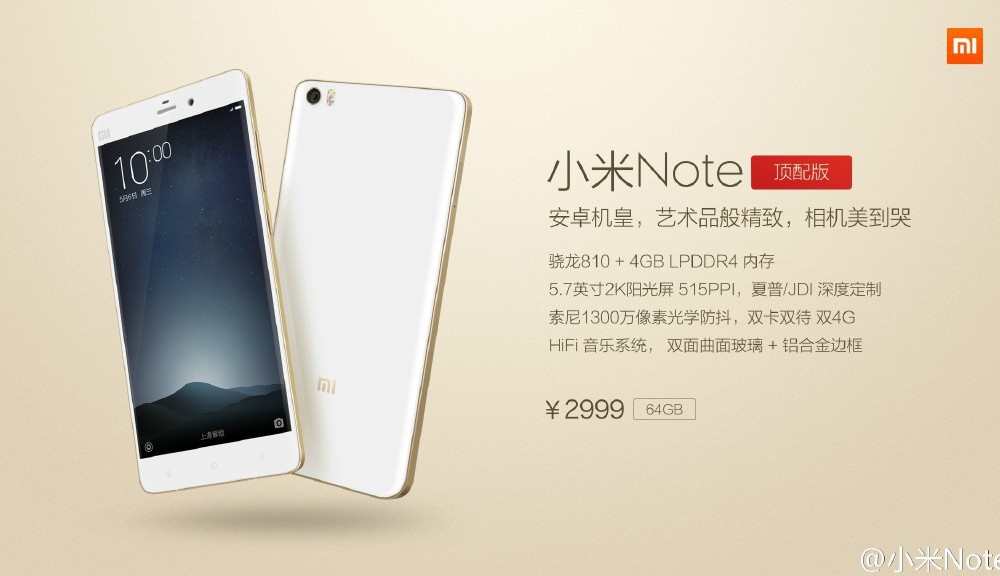 Here are the specification list of the Mi Note Pro :-

In contrast to other flagship devices such as the HTC One M9 and LG G Flex 2, the Xiaomi Mi Note Pro comes with the highest Antutu Benchmark score at 63,424. With such performance in hand, the Mi Note Pro will be available on China 12 May 2015.

At such price point, a large 2K display with the most beastly processor on a mobile costed less than RM2000 is rarely found. However, the availability of this smartphone in Malaysia is still unknown. Will it suffer the fate as the Xiaomi Mi 4 when it enters Malaysia?

Facing limited storage and troubled by the small battery capacity on your iPhone? Now you can no longer be frustration as SanDisk has launched the ...