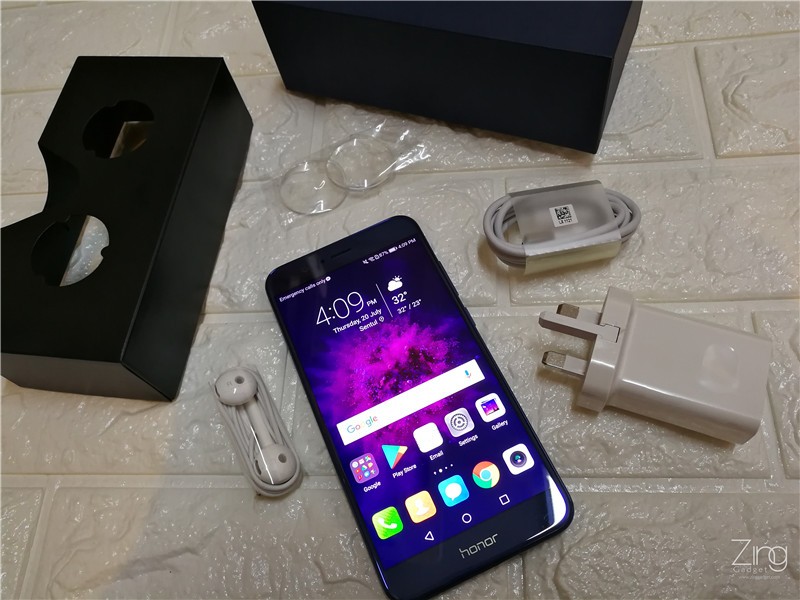 One of the new Honor flagship has been officially launched in Malaysia market last week. The Honor 8 Pro is best known for its sharp appearance with a great emphasis on performance, driven by its new hardware. It also offers several choices of colour such as navy blue, platinum gold and midnight black. Today we will be bring you our unboxing for the Honor Malaysia latest flagship – Honor 8 Pro in navy blue. 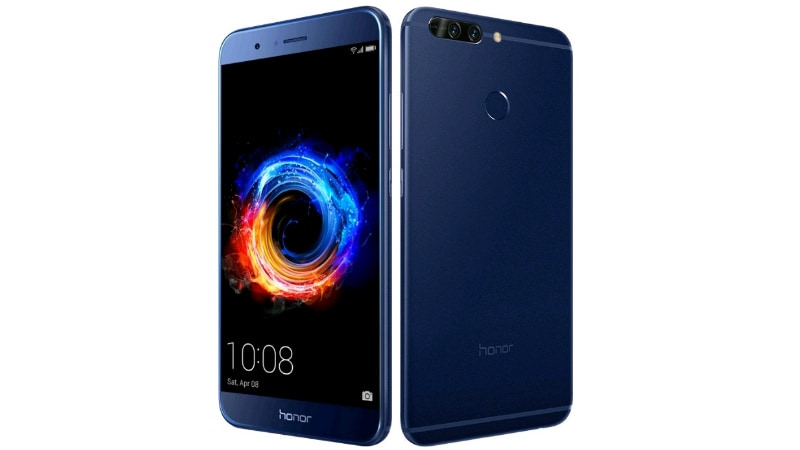 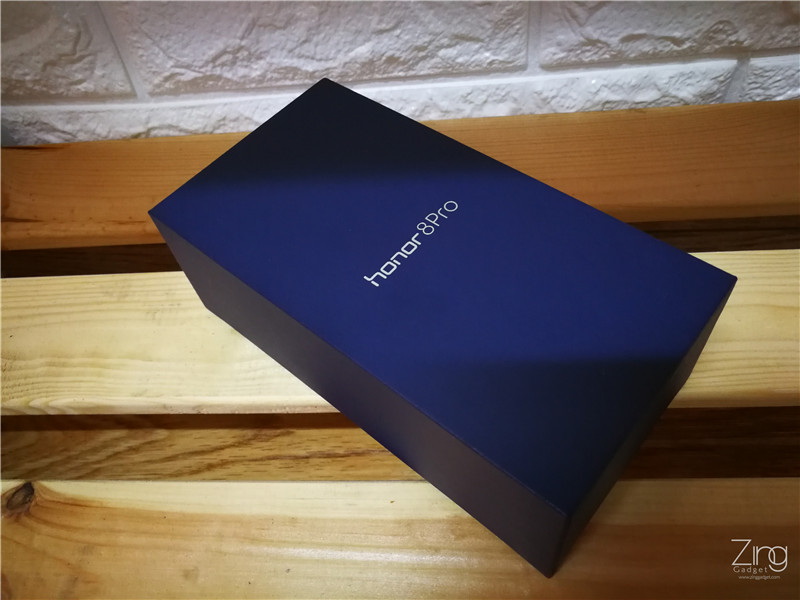 The smartphone box often brings anticipation for first time user that expect the smartphone is presented in a beautiful way. Apart from containing the smartphone and its accessories, the box has offers a surprising feature that we will cover more later. 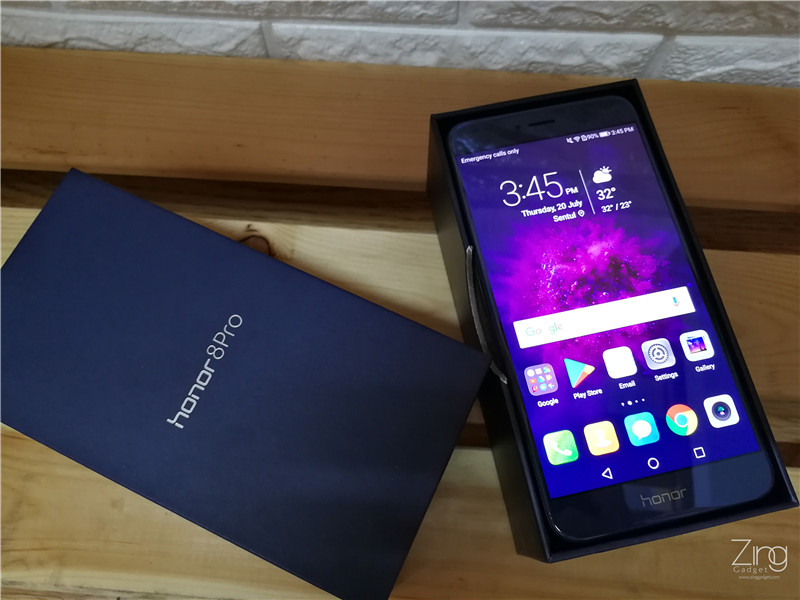 Like other smartphones, the Honor 8 pro sits right on the top, covering almost all part of the box. 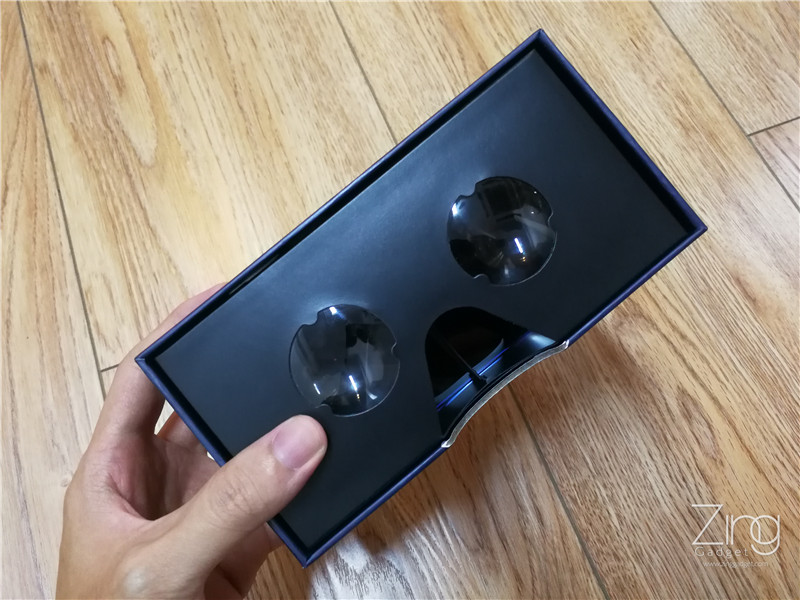 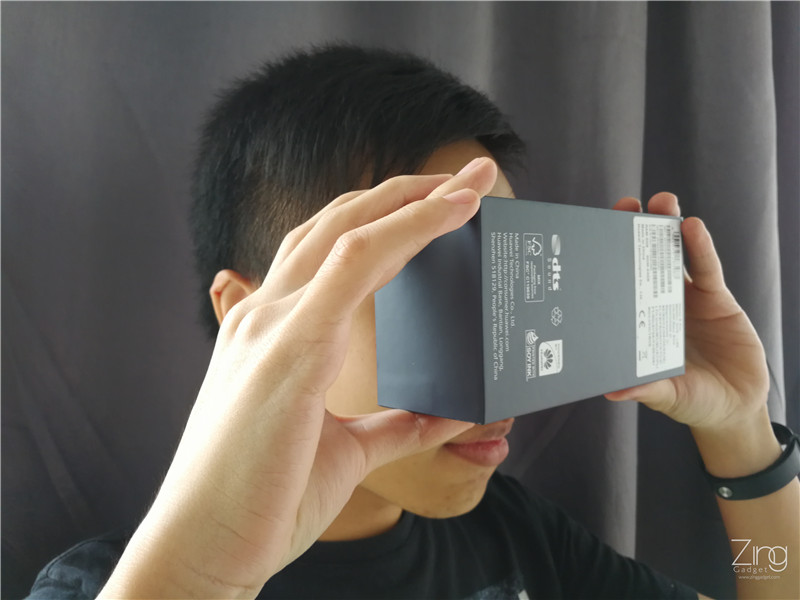 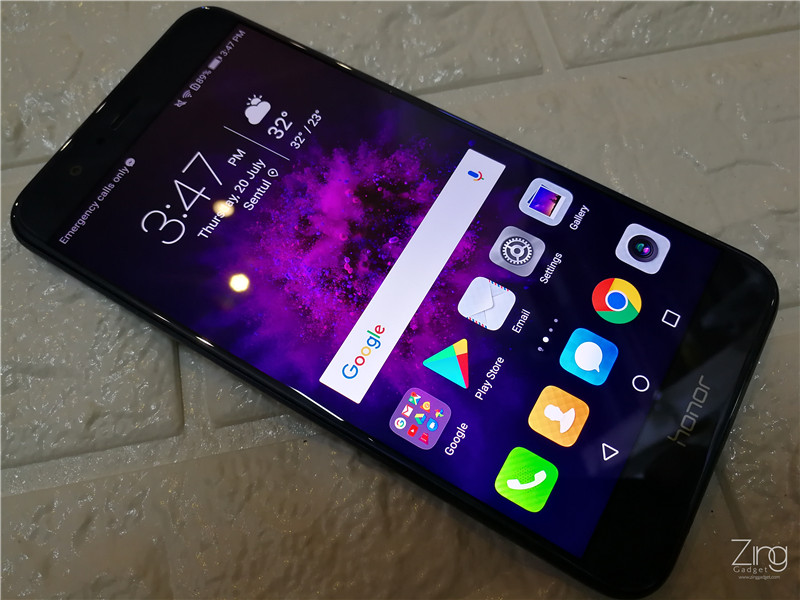 The first glance of the Honor 8 pulls our attention towards its display. It’s got a 5.7 inches 2K display with pixel density up to 515 ppi with a clear view of detail. 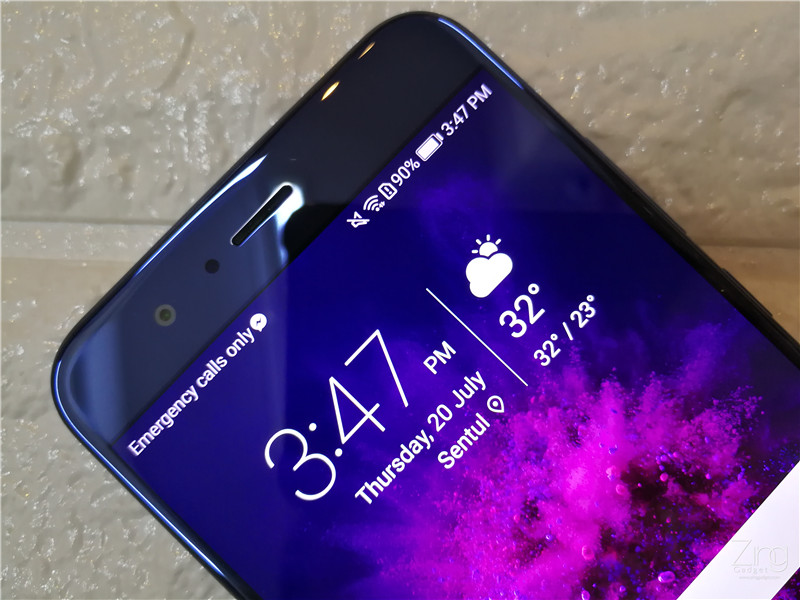 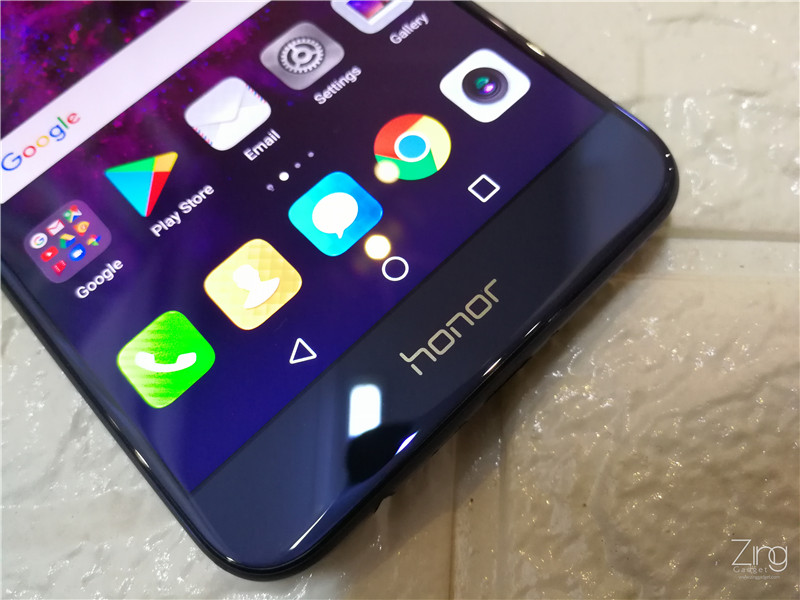 There are multiple sensors on the front located alongside the camera with notification LED hidden under the speakerphone. The Honor 8 Pro utilize virtual navigation button on its screen and the Honor logo is imprinted on the bottom bezel. 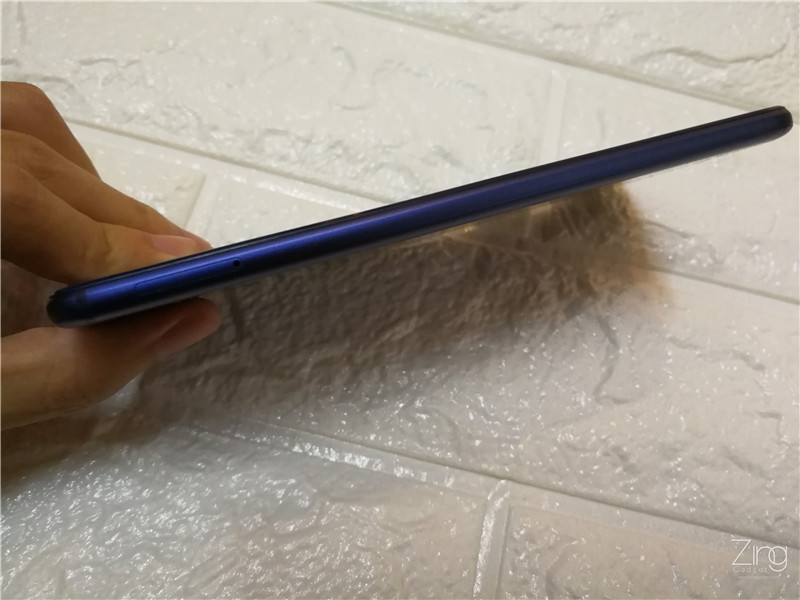 The Honor 8 Pro also offers a smooth grip with rounded edge along with SIM slot on left and power button and volume rocker adjusted to the right. 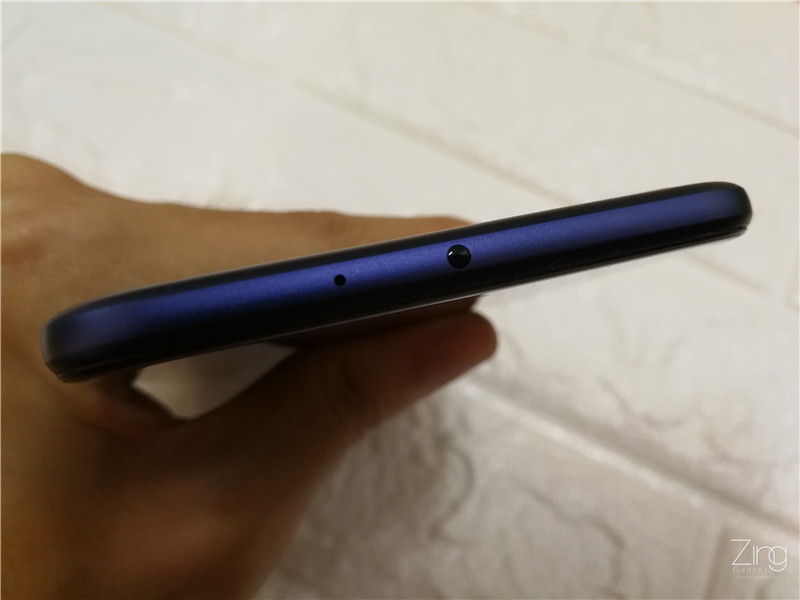 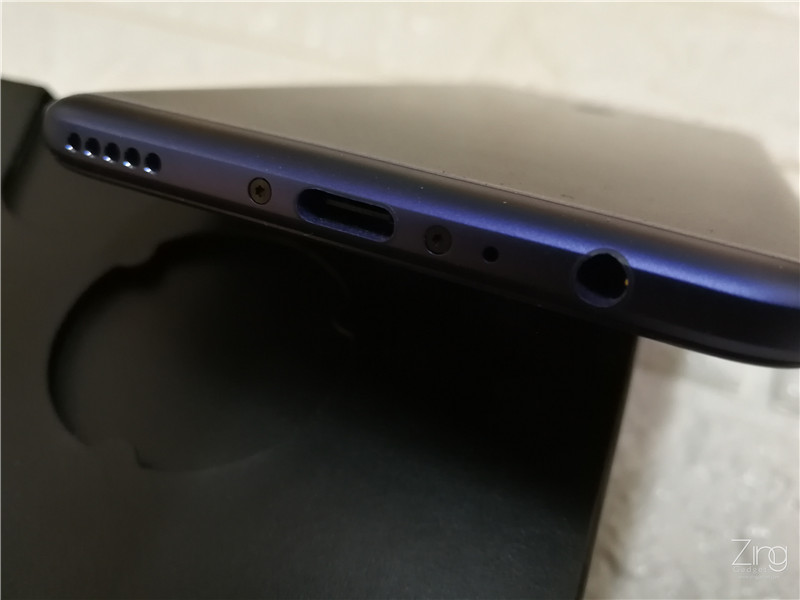 On its top the Honor 8 Pro offers an IR blaster and noice cancelling microphone for clearer talk. Fortunately, it also retains the 3.5mm audio jack, a favourite for all audiophiles. 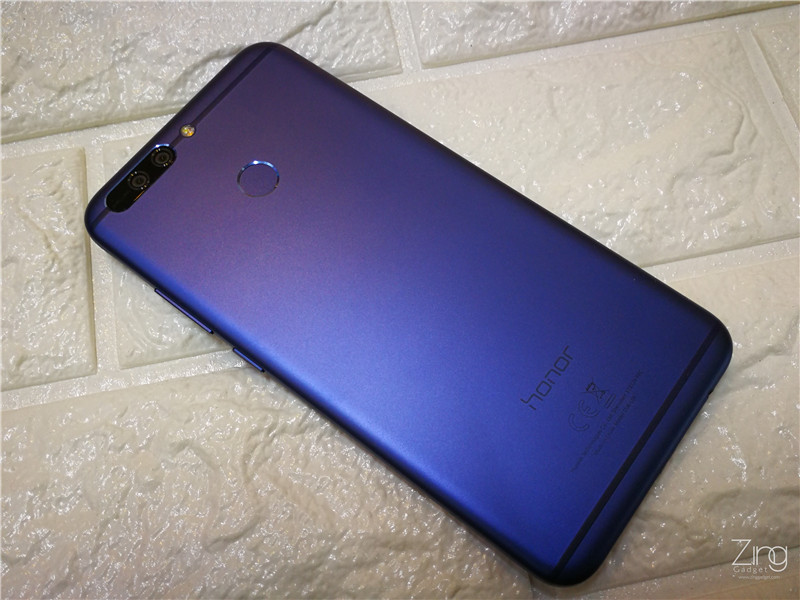 A well unibody metallic panel with matte finish makes it even better. It has a pretty smooth grip and heat/cold dissipation can be easily noticed on your palm. 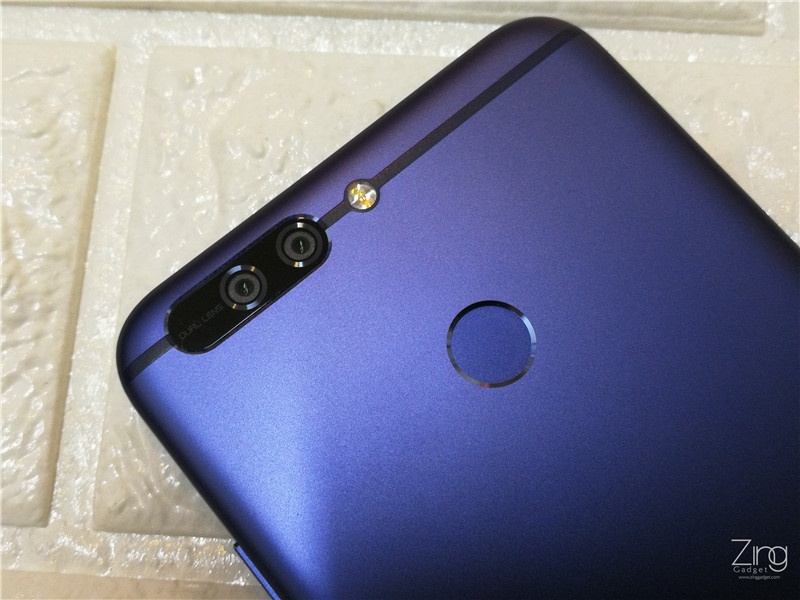 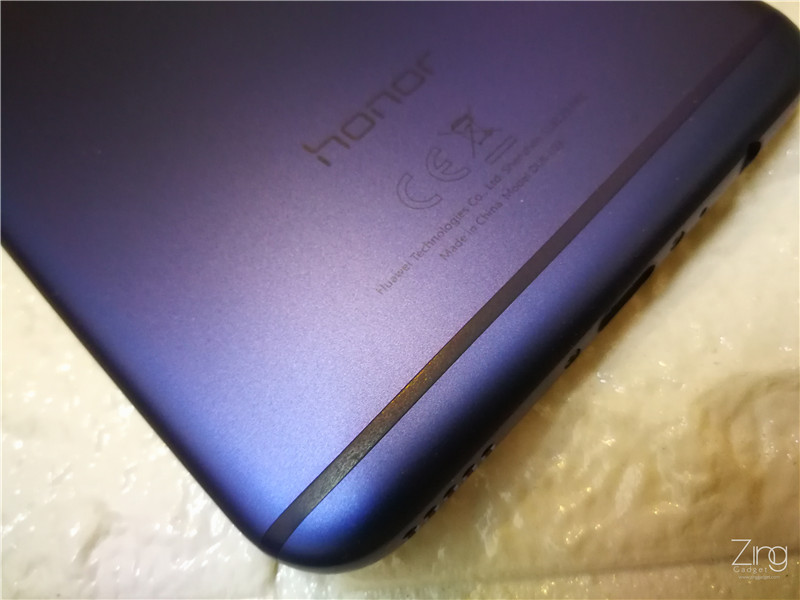 On a slight touch of its camera, the Honor 8 Pro offers a monochrome and colour lens similar with its last generation Honor 8 flagship. There is also a IR sensor with dual tone LED flash.

The wireless antenna was parallel aligned with each other and cross right through the camera lens, a unique design which has yet to be observe on other smartphones. 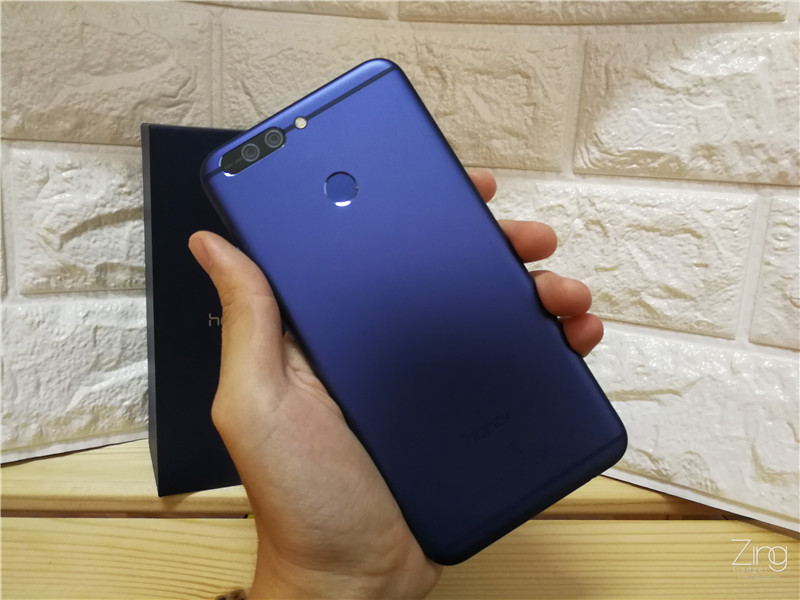 Official claims that the Honor 8 Pro is able to sustain for 1 to 2 days with a large 4000mAh battery packed in a device with thickness at 6.79mm. It is roughly weighted at 184g which neither feels too heavy or light. 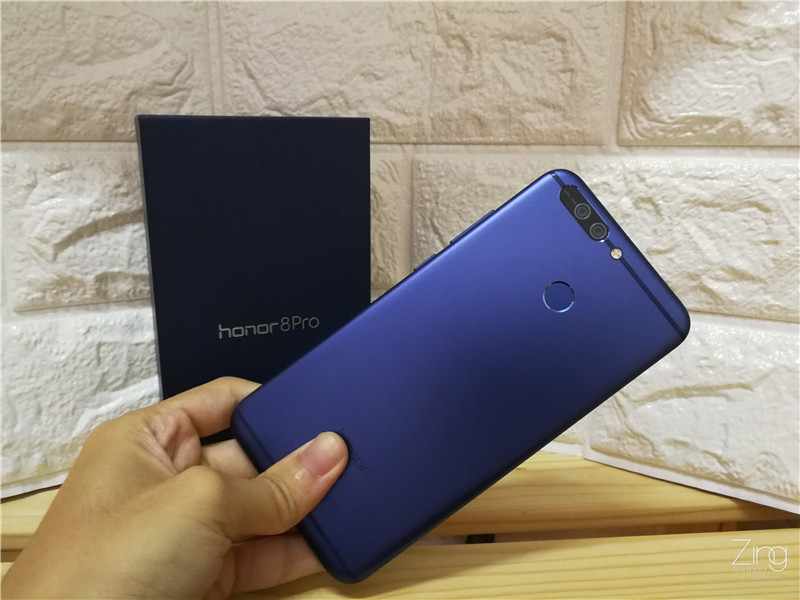 The Honor 8 Pro is an exceptional smartphone that offers decent performance and good design for those who are tight on budget. The rounded edge and matte metallic panel gives a good grip while maintaining a slim body experience. This smartphone is officially available under RM2000 which you can get it through Honor online retail store vmall or authorized distributor today.

LG launches “SE” variant for the LG G5: Not as small as you think

With the LG G5 smartphone launched last month, there are different variants of the G5 available in different continents and countries. Yesterday, LG introduces a ...