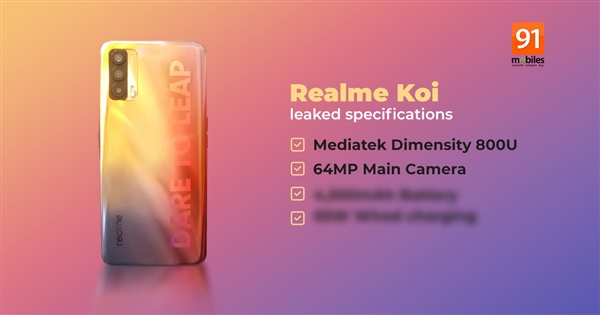 Recently realme has hinted an upcoming “Koi” phone along with some specification and design.

The realme Koi could be named as realme V15 and it brings a triple rear camera module and brings its iconic logo design and its slogan “DARE TO LEAP” on the rear panel.

Spec wise, it is powered by MediaTek Dimensity 800U and supports 50W quickcharge. It comes with a 64MP triple rear camera and weighted around 176g. However. this information contradicts with realme Koi phone leaked on their official Weibo.

BlackShark 3S will be launching in Malaysia on 8th September from RM3199 and free gifts worth RM600!

Earlier on, BlackShark Malaysia has announced that the new generation BlackShark 3S will be launching in Malaysia from RM3,199. It will be available to purchase ...