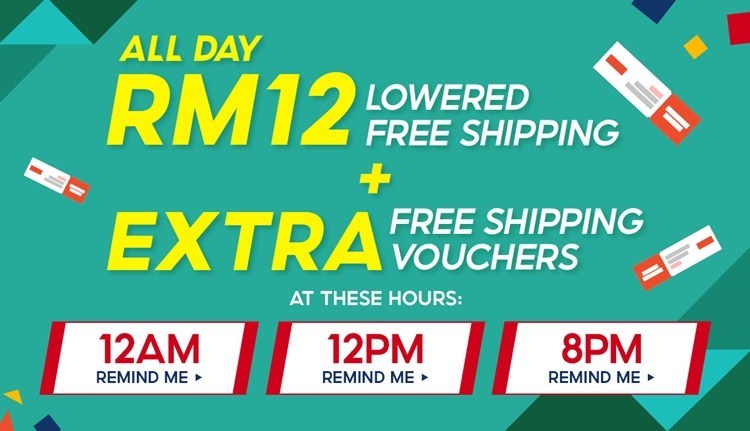 December 12th is coming and it is the anniversary Shopee day! Shopee has just announced its 5 years birthday and comes with promotions and free shipping discount on the day, let’s have a look!

From now until December 12, 2020, you will only need to spend RM12 to enjoy free shipping, RM1 merchandise promotion, and free Family Mart ice cream from Shopee Farm!

In addition, Shopee also launched a new reality TV show “Shopee Kotak Duit”. The program will give out cash rewards of up to RM12000 to winners. The show will be broadcast live on Shopee from Monday to Thursday at 9pm. In addition, the program will also hold a special session from December 11th to 12th. Lucky users only need to answer a simple question and have the opportunity to unlock one of the 6 boxes. Each box will have a different value, the highest price is RM12000. Currently, two contestants have won RM12000 each.

Not only that, Shopee will also host the countdown live show “12.12 Birthday Bash” at 9pm on December 11. There will be different celebrities coming on the show such as: Sheila Majid, Faizal Tahir, Ruffedge, Misha Omar, Khai Bahar and Dolla. You will have the opportunity to win 12 million Shopee Coins through Shopee Shake and Shopee Catch, and win cash prizes of up to RM24,000 from Shopee Kotak Duit.

With Samsung Pay and Apple Pay has rolled out in western countries few years ago, this new mobile payment technology has redefine the way that ...