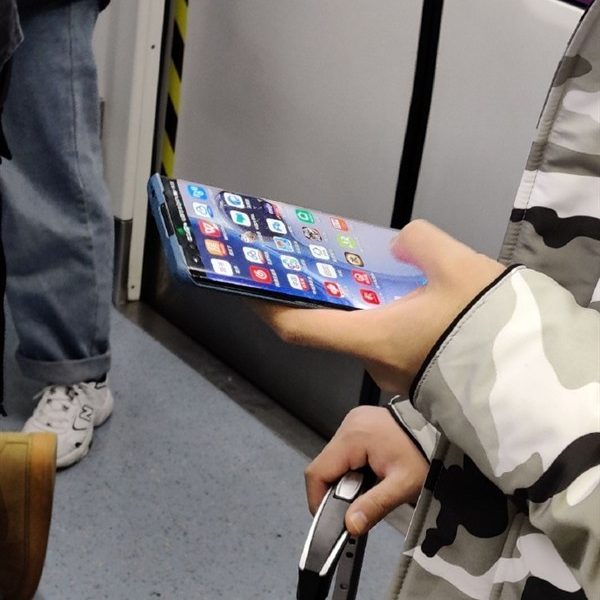 On the 21th Jan, a Weibo user has posted an image of the HUAWEI P40 Pro appeared on metro.

According to the exposed renderings, the HUAWEI P40 Pro uses a matrix camera shape and a rear Leica five-shot, which includes a dual prism periscope zoom lens that supports up to 10x optical zoom. The telephoto lens is equipped with glass-plastic hybrid lenses and sensors for the first time.

Not only that, it is rumored that the HUAWEI P40 Pro is equipped with a newly customized 52 MP main camera (1 / 1.33 inch outsole) and better low light photograph performance

For its hardware configuration, HUAWEI P40 Pro is equipped with Kirin 990 5G chip and possibly with up to 12GB memory + 512GB storage, support for super fast charging, wireless super flash charging, and so on.

The machine will be officially released in March. Evleaks, a well-known source, said that the release time was March 26. The machine also has a ceramic panel version, which is worth looking forward to.

This morning, Sony has launched their latest flagship – the Sony Xperia Z5 Dual and Z5 Compact! However it is unfortunate that there is still ...