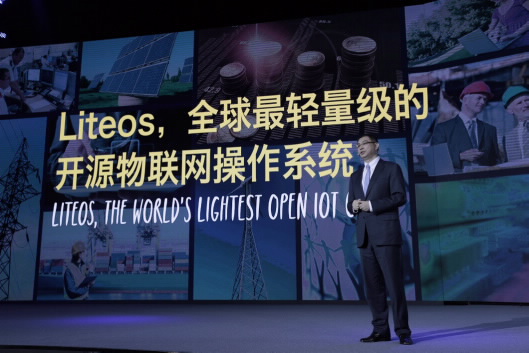 Internet of things, or denoted as IoT is a new term that went popular recently. It is defined as the evolution of the electronic products around us which has becoming an part of our connection after linking with internet. Those products includes our daily electronic product and gadgets which includes fridge, TV, watches, car and even coffee maker. The commencement of IoT thus bridge our connection nearer with those electronic gadget which makes our life easier as all things can be controlled by a single operation.

As many tech giant has started merging their future path in development and enhancement of IoT, Huawei also joined this hype trend and developed their first OS named as LiteOS. The LiteOS is the first OS developed by Huawei which is born to dedicate towards the development with the IoT. With 10kb as its size, the Huawei LiteOS can be easily implemented to large machine or a insect-sized microprocessor chip which makes IoT more possible and feasible in large range of devices.

With the IoT becoming a much more familiarizing term, Huawei stated that they should be a part of one of the greatest innovation of the mankind.

Google to make their own chipset for Pixel & Chromebook!

According to a report by Axios, Google has achieved great development milestone on their own mobile processor. Their own chipset could be used onto Pixel ...