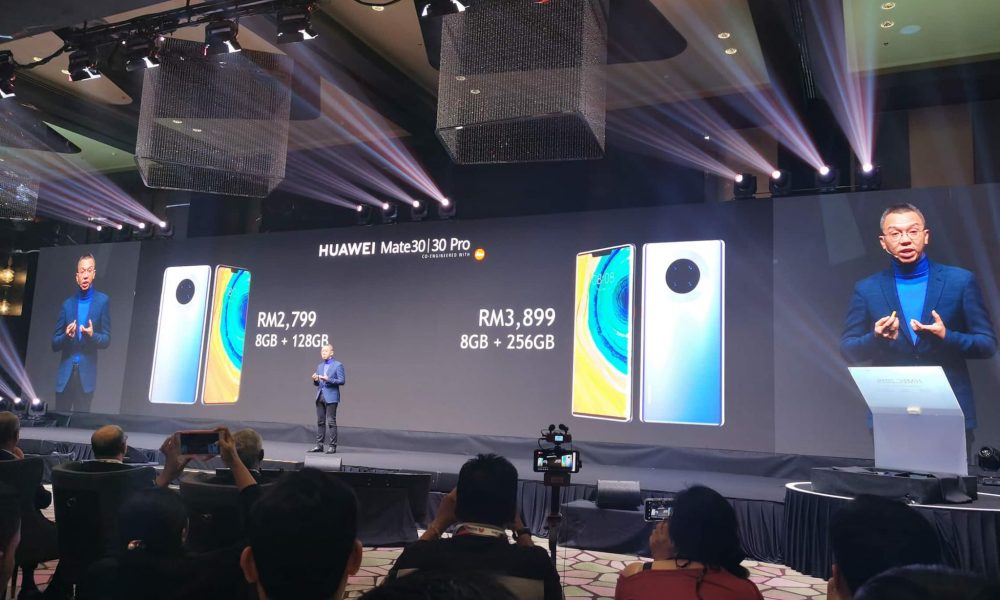 In just two week after its initial appearance, Huawei Malaysia has launched the new Huawei Mate 30 Pro which retails at RM3899. It is now officially open for pre-order!

The Mate 30 series comes with a iconic circle that surrounds the camera module. For its material, it uses a 3D glass panel that creates a premium touch and feel.

The Huawei Mate 30 Pro is powered by the Kirin 990 5G chip, which comes with a 5G network and supports both NSA and SA architecture 5G networks. The processor is built on a 7nm+ EUV process and features two Cortex-A76 cores, two Cortex-A76 cores and four Cortex-A55 cores in an eight-core configuration. On the GPU side, the Kirin 990 is equipped with the world’s first 16-core Mali-G76 GPU image processing unit, which can provide more image processing capabilities than the previous generation. (Note: Mate 30 Pro sold in Malaysia is 4G version)

In terms of AI computing power, the Kirin 990 5G is equipped with the NPU neural processing unit of Huawei’s self-developed DaVinci architecture, and adopts the new “Big-Tiny Core” size core architecture, which can be adopted for the size of the processing items. Different sizes of cores are processed to avoid the situation of “big core use” and provide better AI power for Kirin 990 5G. In addition, GPU Turbo, EROFS and other technologies are also supported to improve the smoothness of operation.

As for its battery, Huawei Mate 30 is equipped with a 4200mAh battery, while the Mate 30 Pro uses 4500mAh, and supports 40W fast charge, and a faster 27W wireless fast charge, and passed the safety certification of TUV Rheinland, the safety of charging has It is guaranteed that in addition to the protection of charging, this Huawei Mate 30 Pro is equipped with IP68 dust and water resistance, while Mate 30 supports IP53 waterproof.

As for its pricing, Huawei Mate 30 is priced at RM2799 and Mate 30 Pro is priced at RM3899. The latter is now open for pre-order today, provided that you have own two of previous generation mate series. Each pre-order to receive DJI OSMO Mobile 3, Huawei PU protector, Huawei car charger and Huawei Care.