Huawei P8 and P8 available for sale on April 23. 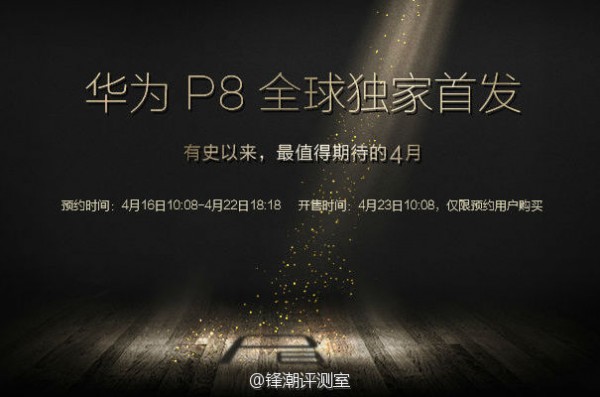 The Huawei P8 is a highly anticipated flagship from Huawei that is confirmed to launched on April 23 at London  UK. Huawei has open the P8 for pre-order from April 16 and will be available during April 23.

Specification wise, the P8 comes with a 5.2′ Full HD display and powered by Hisilicon Kirin Octa-core processor clocked at 2Ghz and 3GB RAM. It comes with 32/64GB of storage and 13MP rear camera as well as Dual SIM with 4G connectivity.

The toned-down version Huawei P8 Lite will be released during the day as the P8. It is features 5′ 720p display, 2GB RAM and powered by HiSilicon Kirin 620 Quadcore processor clocked at 1.2Ghz. It also features 13MP camera and 16GB of internal memory and supports Dual SIM with 4G.

Here are some pictures of the Huawei P8 and P8 Lite

Sony Xperia Z series smartphone always always comes with its iconic bar shaped design that implemented into each and every generation. However, Sony has made an innovative ...