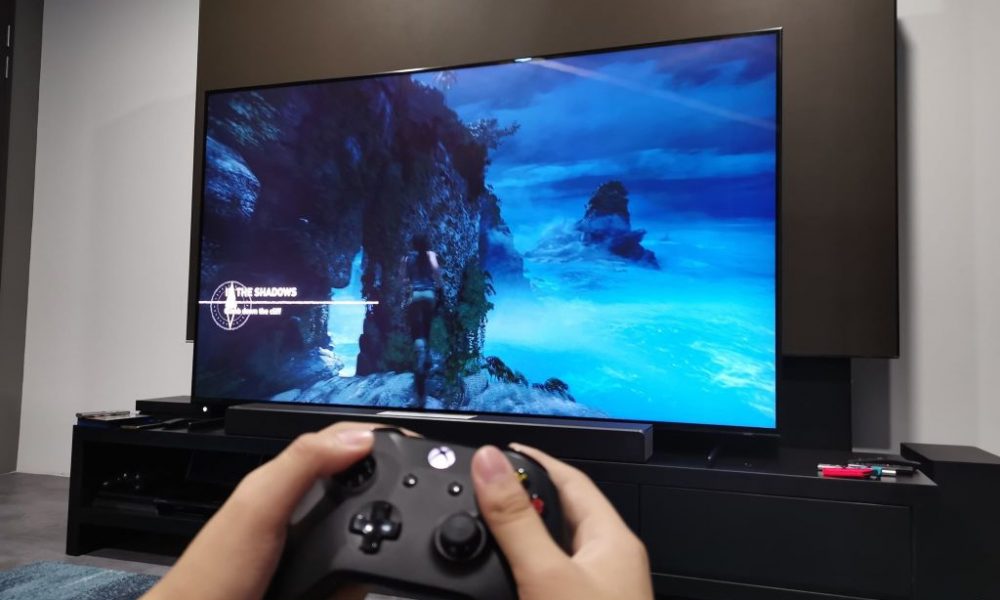 Two months ago, Samsung has launched a new 8K QLED TV and a new Q series home audio system. It is designed to bring top class visual and audio experience all along. We’re invited for a short experience session with Samsung and let’s have a look on the new TV and audio system!

Secondly, the Q90R audio system is tuned by Harman Kardon which comes with a center console speaker followed by 2 side speakers for the best surround effect. This audio system can be fully controlled and operated via smartphone app and support music streaming from phone.

Besides, the audio system can be controlled by the TV remote.

Playing “Rise of the Tomb Raider” with Xbox One X on the Q900R is a pure enjoyment. Apart from ultra high resolution display, there is also lower display latency at 15.4ms, support FreeSync and Game motion plus for less image stuttering.

The Auto Game Mode switches on when a gaming console is detected upon boot up. Meanwhile, this Smart TV support Bixby, Alexa and Google Assistant and support Apple AirPlay 2 to stream iOS content.

Despite Nintendo Switch video output is maxed at FHD, the Samsung Q900 8K upscaling technology increases the graphics resolution and reduces noise while sharpening textures. This makes the “Legend of Zelda” game appears even nice when playing on this TV.

Similarly, Q900 as a Smart TV also supports other features and the colour settings can be easily adjusted by changing color mode.

Another Q900R variant also comes with in built speakers which perform decently.

This TV is ideally one of the best deal if you want to set up a home cinema. Check out below links to learn more about both products.

The Samsung S Pen in the Note series phablet and tablet has is making their product line proud by having something unique and yet extremely ...