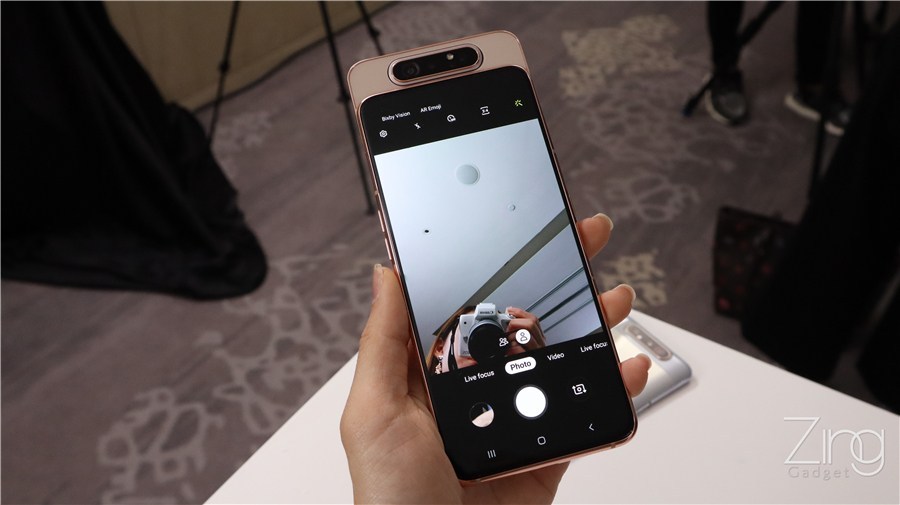 After the Galaxy S10, Samsung has brought few new models of Galaxy A series at Thailand today. This includes the new Galaxy A70 and A80 and its biggest highlight is the 48MP elevating & rotating camera!

The Galaxy A80 offers the biggest highlight! It brings a unique elevating & rotating camera which flips when the camera module is elevated. The camera is a combination of 48MP + 8MP +3D depth of field lens.

The Galaxy A80 also highlighted with its New Infinity Display which has no visible speakerphone and camera!

Although there are specifications difference across models, both of them still offer a primary lens with a depth of field camera and a wide angle lens. Features such as AI camera and scene selection comes standard for both models.

The Galaxy A80 will be launched on 29th May while the A70 will be available from 26th April onward.

On the Google product launch event on this September, Google unveiled that Nexus 6P which will be manufactured by a Chinese company – Huawei. The ...