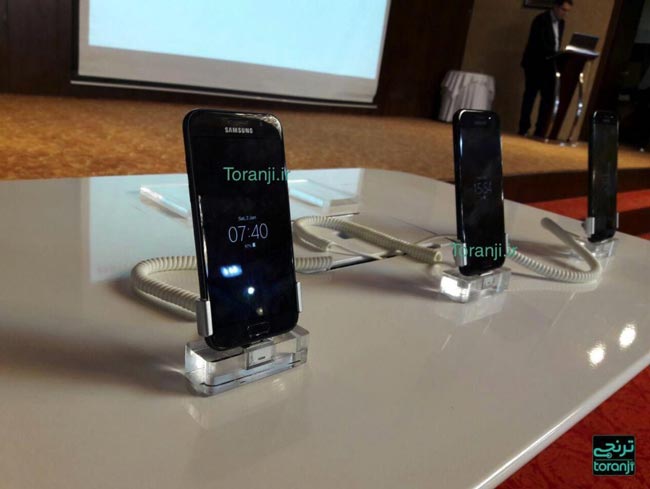 Samsung has revealed some minor detail of the new successor of A series mid-range smartphone earlier this month. The new features which include IP68 water resistant will be implemented to these smartphone and the charging port will get a new upgrade with USB Type C connection, same goes to its camera with a 16MP rear and front camera. As Samsung official has not reveal the launch date and details for the A series smartphone, an outsider source has leaked the some launch information on the Galaxy A3, A5 and A7.

According to Sammobile, Samsung will be launching the Galaxy A3 (2017) and Galaxy A5 (2017) by January next year. It will be first launched in France, Germany, UK, Itality, Netherlands and some EU counties soon followed by others. 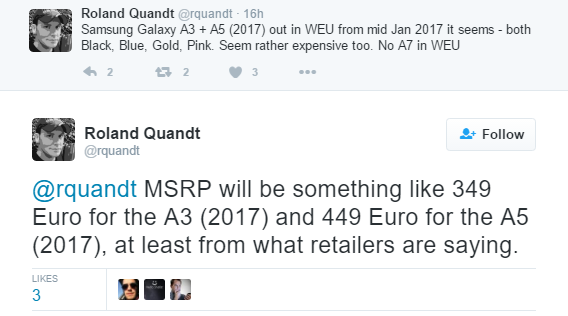 As the previous generation of A series smartphone is officially available in Malaysia, we could expect Samsung Malaysia to bring the its new successor into local market soon.