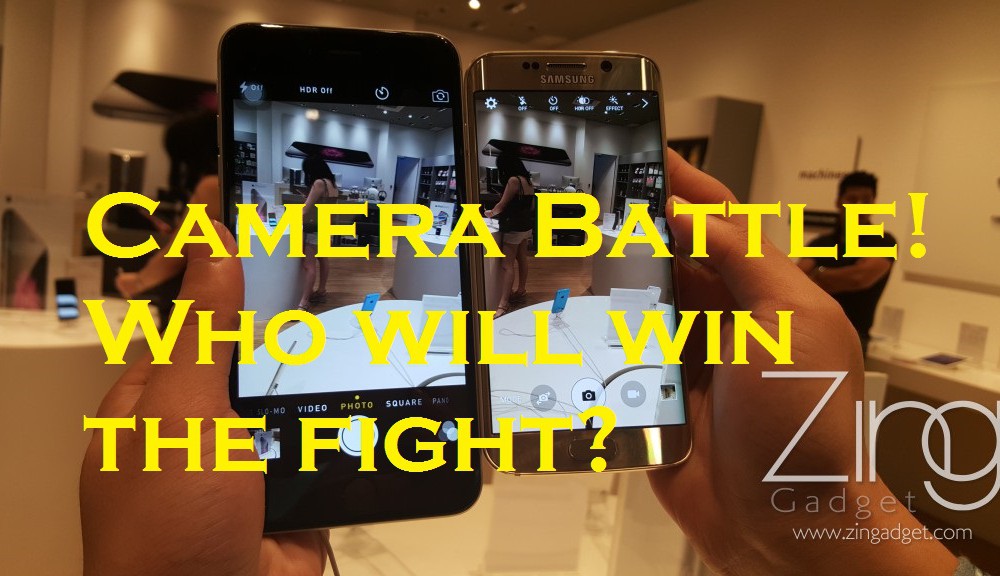 The iPhone was well known for its good camera that capture beautiful images at right moment. Although iPhone is just equipped with 8MP camera, the sensor and the camera quality often provides some outstanding photo-shooting experience that only few smartphone can compete with. Just few weeks ago Samsung has shown picture evidence their new Samsung GALAXY S6 flagship that can compete with the camera from iPhone. Today, we will try out both device to see how they perform in low light shooting!

The iPhone 6 Plus features 8MP rear camra with iSight. The camera can shoots up to 1.5 micron pixels and has aperture size up to F/2.2 with OIS.

The image taken from Galaxy S6 does appear more warmth compared to iPhone 6 Plus. However, the picture quality is almost non-distinguishable apart from the white balance.

In the indoor portrait shooting, we found that there was some detail loss in the image captured by iPhone 6 Plus. The detail of the hair from the model is higher in Galaxy S6 probably due to higher megapixels camera. The warmer image has shown a better appearance of the model when capturing indoor portraits from the Galaxy S6.

The S6 performs well in outdoor low-light shooting. As we can observed the model in the bottom picture does appears lively compared to the top.

One of the outstanding point of the camera in iPhone 6 Plus is their anti-glare in image post-processing. Although the image taken from S6 does appears brighter, the iPhone 6 Plus does capture a clearer image during outdoor. Notice that the ‘Kelab’ appeared more clearly in the photo taken by the iPhone 6 Plus. The overall noise processing performs above average from both phones.

In terms of the camera focus, both camera did their job well. However, the iPhone 6 Plus has an outstanding bonus in taking macro shots. The Samsung GALAXY S6 does focus more towards accurate representation of facial expression which improved significantly from the previous Galaxy S5. In low-light/night shooting, the Samsung Galaxy S6 does performs slightly better than the iPhone 6 Plus due to better light capturing and higher pixel quality. In conclusion, Samsung has been making efforts to reach similar image quality taken from iPhone 6 but unfortunately both images taken are excellent but not highly distinctive.

LG has announced the LG G4 will be unveiled at 28th April 2015 at 6 different cities including Singapore. Invitations have been sent by LG ...