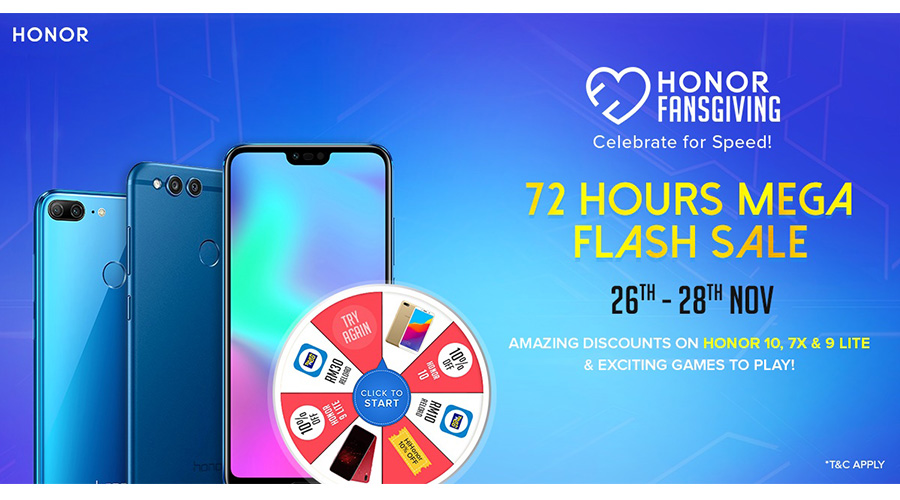 With 2018 about to come to an end, Honor Malaysia has launched the Fansgiving promotion (instead of thanksgiving) as an appreciation to the support from their friends thorough the years! Apart from the 72 hours crazy deal, there will be Spin to Win contest where you could win yourself a new Honor Play in red!

The “Fansgiving” campaign starts from 26th to 28th November and there will be discounts on selected Honor smartphones in the 72 hour mega flash sale. Discounts as below!

Besides, there is also a Spin to Win lucky draw contest when you sign up as a HiHonor member! Each users were granted 3x spin trials and 2 times more when you share it to Facebook! Attractive prizes such as Honor 7S and Honor Play Red will be giving away & other are as below:

Voucher is only redeemable by 26th to 28th November

Bluetooth earphones has offered a great advantage when playing music with a distance, however suffered from the complexity of pairing and the time taken to ...