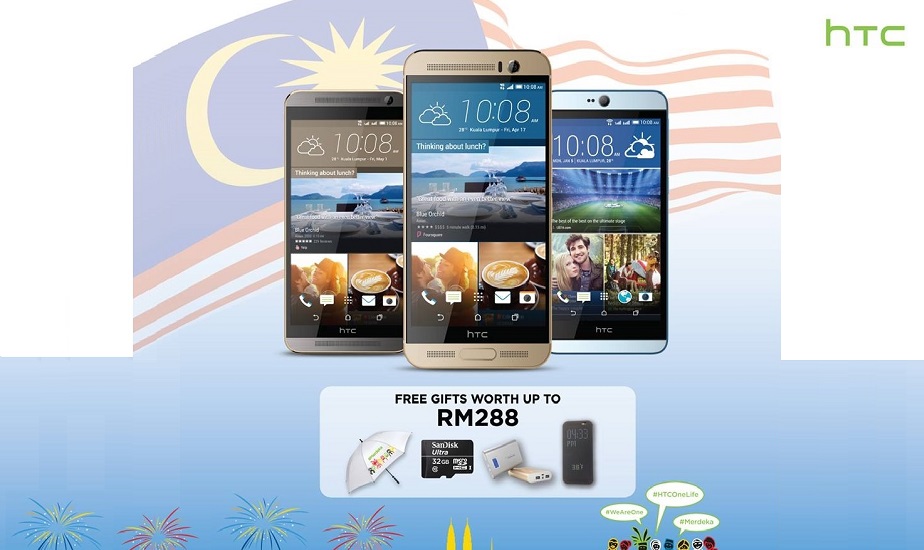 Soon after Huawei launches its merdeka promotion, HTC also launched a their merdeka promo sales where 6 HTC smartphones is now under discount! The most rebated and the most valuable smartphone is where the HTC One M9 Plus is now on sale for just RM2299! Besides, each purchase of the HTC smartphones also comes along with freebies that worth up to RM288!

This promotion is only valid from 24th August to 30 September 2015! So hurry up and get yours now!

While the state of the art GTX1080 has been launched last week, ASUS Republic of Gamers has launched the subdivision of their top tier graphics ...