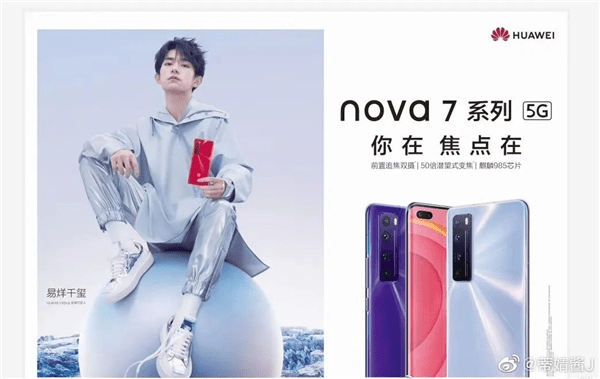 HUAWEI has launched the new P series in international market on 8th April this year. In the next few weeks, HUAWEI will be launching the new Nova 7 series in China and they have announced the official launch and release date!

This is announced on HUAWEI Weibo which shows the launch date is scheduled on 23th April. From the above poster, we can see the camera module which shares similarities with the HUAWEI P40 series. The camera module could seem to fit lot more camera lens which may shows the photography performance of the new Nova 7 series.

The render from the poster above also share similarities on the poster leaked online of the Nova 7 series. It is said to be powered by Kirin 985 5G which is launched today. We can then confirmed that 5G will be available on this unit.

There are three models which appeared at TEENA certification agency which could be the Nova 7 or Nova 7 Pro.

Apple iPhone SE Bluetooth might not functioning well as you think

The newly launched iPhone SE has gained attention from the social media because its brings back the retro design inspired from the late Apple founder ...