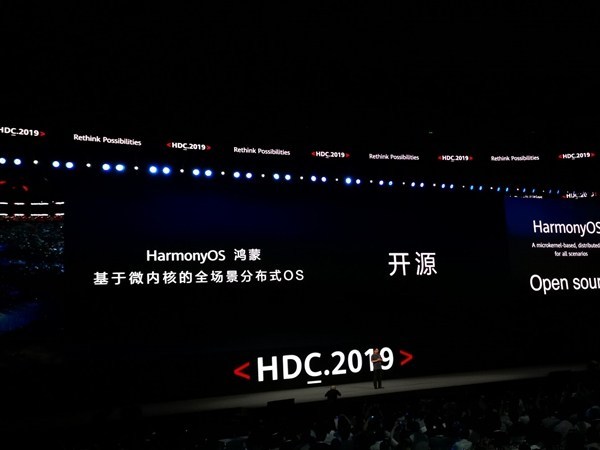 On the Huawei Developer Conference this afternoon, Richard Yu has announced their own “HongMengOS” under the name of HarmonyOS. It is a OS that is cross compatible to smartphone, smartscreen, vehicle, wearables and more.

It is also the first time that the OS is capable to communicate between different level of tools and devices. This makes HarmonyOS a great potential for IoT based operating system for most or all devices.

Richard Yu also stated that Android is made up with over 1 billion codes but majority of users only utilizes not more than 8% of its feature and function.

In terms of security, Richard Yu stated that the HarmonyOS doesn’t comes with root and unlike Android, as each components inside comes their own “lock”. It is not possible to access all system by just rooting the system (Android) and gain master access to all systems.

The HarmonyOS’s Ark compiler will support multi-language unified compilation in the future and offers much more feature such as preview-oriented visual programming for developers to build multi-end running apps based on the same project.

The first HarmonyOS device will goes into a smartscreen which is debuted on 10th August this year. Since this OS is cross compatible to most platform, there could be more upcoming distribution offering HarmonyOS as their main driving system.

Weeks ago, Huawei has launched their latest Mate series flagship on Germany featuring HiSilicon Kirin 960 SoC and the a new pair of LEICA certified ...