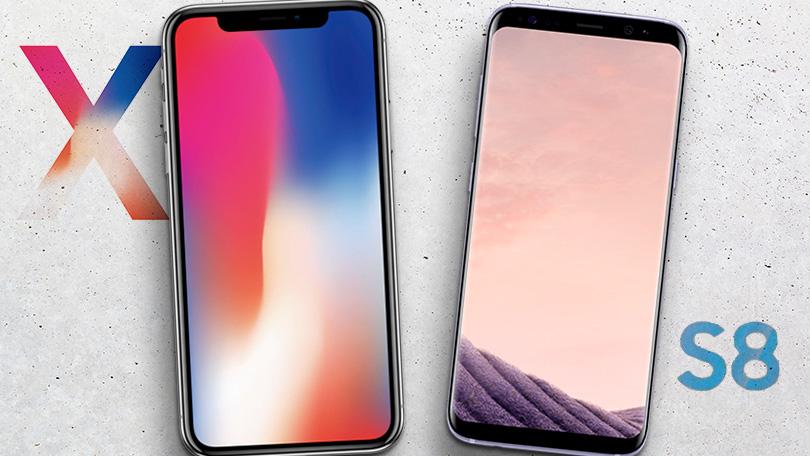 Celebrating their 10 year anniversary since their first iPhone, Apple has launched a special iPhone with a unique name – iPhone X. One of the biggest highlight of the iPhone, apart from the vertically aligned camera is the front OLED display that covers the majority of the front panel. The OLED panel on iPhone X brings up the overall cost for iPhone production which leads to its premium price tag, but it is found that the iPhone X OLED panel doesn’t lives up to par with Galaxy S8 display, despite produced by the same manufacturer – Samsung.

The Quad HD panel on the Galaxy S8 and Note 8 has received good reviews on its brightness and clarity, in which the OLED display has a maximum brightness up to 1000 nits. However, the maximum brightness for OLED panel on the iPhone X is only at 625 nits as written on the Apple website, despite being the same display. There could a possibility that the information of written wrongly on Apple website or Samsung didn’t bring the best OLED display for Apple devices.

As the Samsung Galaxy Note 8 is about to launch in the upcoming week through the Samsung unpacked session, an online circulated ad banner has ...