HTC U11 Life joins Android One with U11 killer feature

Android One smartphones has been particularly in common in developing countries as they are relatively affordable and comes with prompt Android firmware upgrade as it runs on the original and authentic Android operating system. Soon after Xiaomi A1 debut in India, HTC also announced their new Android One smartphone – HTC U11 Life (Ocean Life) which could be launched somewhere this year.

In the latest update by one infamous leaker @LlabTooFeR at Twitter, HTC Ocean Life will be categorized as one of the product from Android One and this piece of information has been confirmed by another mobile industry leaker, Evan Blass which further claims that the HTC Android One smartphone is named as HTC U11 Life. 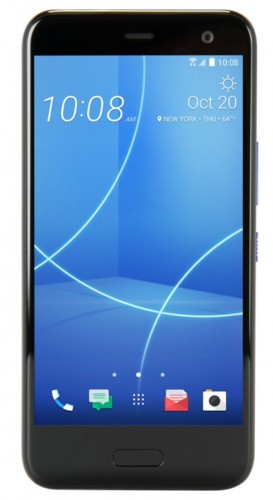 The HTC U11 Life will lost most of the preloaded HTC applications on the U11 but the U11’s killer features such as Edge Sense, USonic, Zoe and HTC Camera are retained in the smartphone.

Picture above has outlined the design of the HTC U11 Life. The power rocker and volume button are located on the right panel while the front home button comes with an integrated fingerprint scanner.

On the 30th June, vivo Malaysia has released a new teaser which shows the upcoming vivo X50 series smartphone. And just in that the vivo ...