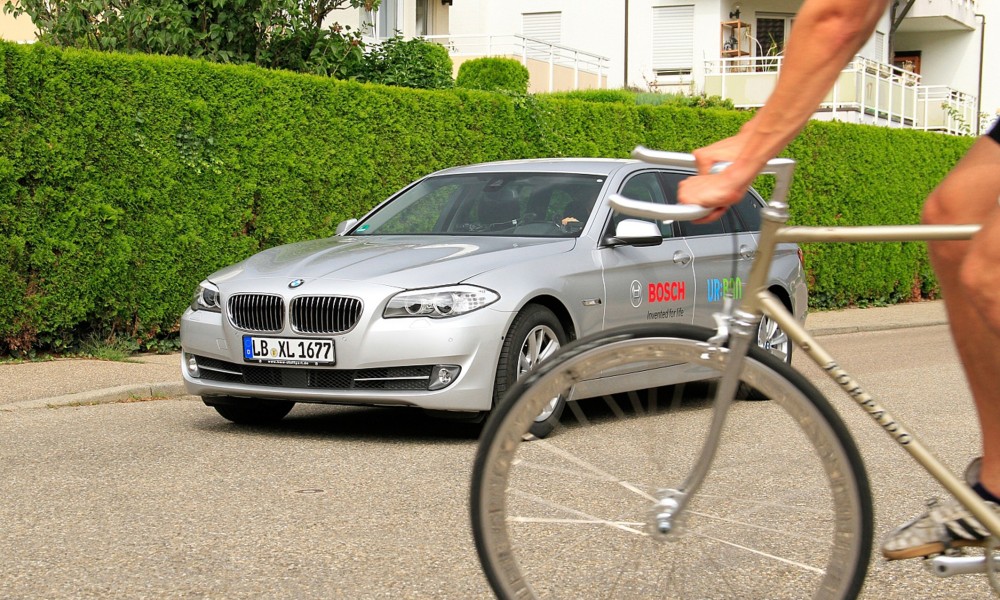 Traffic in cities is often congested and unpredictable. Cars share the streets with bicycles, motorcycles, trucks, and buses. It is not unusual to see cars double parked and pedestrians stepping out into the road without warning. The prospect of vehicles negotiating these hazards completely autonomously is almost unimaginable. “Malaysia has one of the highest road fatality rates in the world. Studies have shown that 80 percent of road accidents stem from human error. This is a recurring issue that needs to be addressed,” says Klaus Landhaeusser, General Manager, Automotive Sales and Original Equipment of Bosch Malaysia. 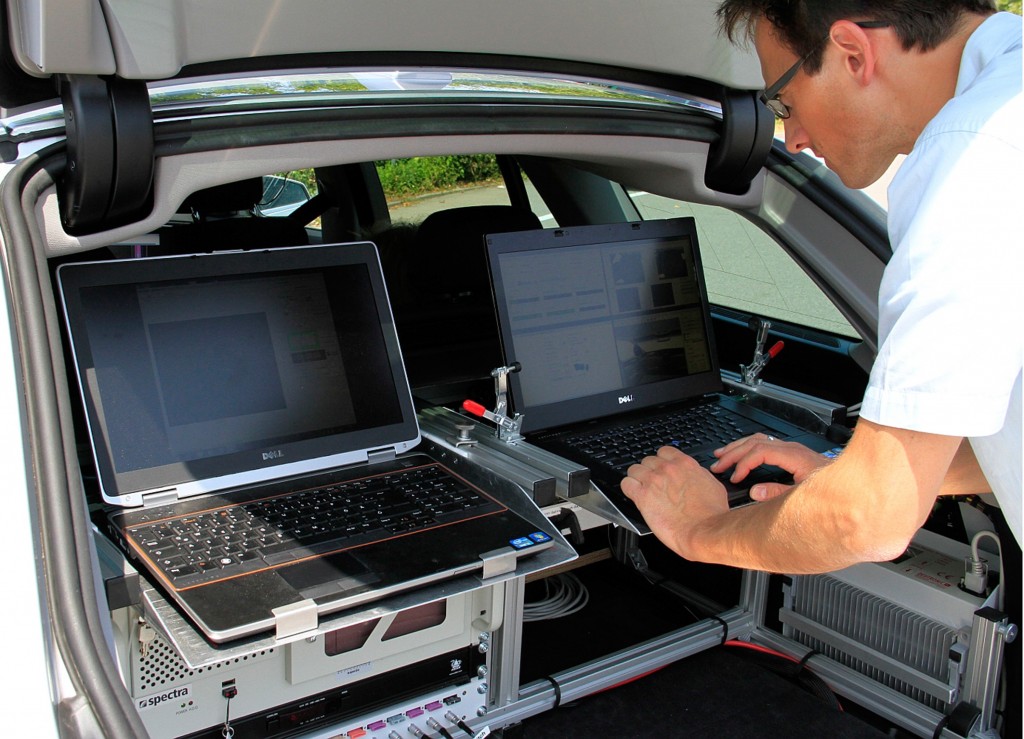 In Germany, a team of Bosch researchers, headed by Dr. Dietrich Manstetten and Dr. Lutz Burkle, is working on the technology needed to achieve this as part of the UR:BAN research initiative. The researchers have made great progress: “One of the things they’ve taught the cars is to predict what is going to happen next, and help drivers take evasive action whenever there is a threat of collision with a pedestrian,” Klaus says. At the final presentation of the UR:BAN project in Düsseldorf on October 7, the team demonstrated their work using test vehicles.

Evasive steering support prevents up to 58% of collisions with pedestrians
A prerequisite for automated driving functions is to have sensors that reliably monitor the vehicle’s surroundings. “Only when we know what’s going on around the car can we determine the correct driving strategy,” said Klaus. One component Bosch relies on for environment recognition is its stereo video camera, which can already be found in production vehicles. Mounted behind the windshield near the rear-view mirror, the camera monitors the area to the front of the test vehicle, and relays this information to a computer in the trunk. This computer analyzes the data more than ten times a second. But Bosch does not stop there. “Using smart algorithms, we get the computer to calculate how the environment is changing and where objects are headed,” Klaus says. In other words, the Bosch technology not only detects the current position of pedestrians and cyclists, but also predicts where they will be in a second’s time. This presents new opportunities for pedestrian protection. 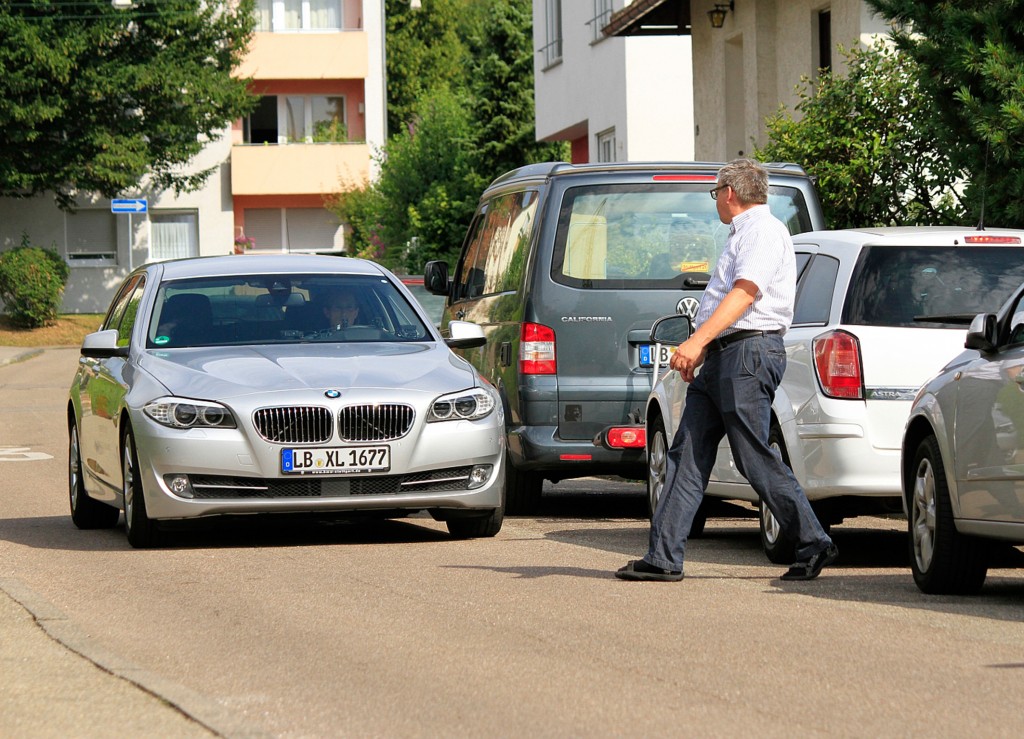 Based on this, the Bosch researchers have developed an assistance system that intervenes to prevent a collision with a pedestrian. At vehicle speeds up to 50 kilometers per hour, the system helps drivers brake and take evasive action. If braking alone is no longer enough to prevent a collision with a pedestrian who suddenly walks out in front of the car, the assistant instantaneously computes an evasive maneuver. As soon as drivers start using the steering wheel to take evasive action, the system kicks in to support the steering maneuver. “According to the studies, provided the driver reacts at least half a second before a potential collision, the assistance system can help avoid it in 58 percent of cases,” Klaus says. But it is even better to avoid situations such as this in the first place. Critical situations arise when drivers are distracted and not looking at the road. Bosch’s solution to this is called driver observation. “By monitoring drivers’ line of sight, tiny cameras in the vehicle’s interior can tell whether their eyes are on the road,” Klaus says. This makes it possible to warn distracted drivers in good time before the traffic situation becomes risky. In this context, Bosch believes that it helps to place indicators in the instrument clusters or an LED display on the dashboard directly in the driver’s field of vision.

Insights from the project feed into work on automated driving

Cities hold further challenges as places in which to drive. These include making turns and driving through tight spaces. While turning into a street, it is easy to overlook pedestrians who want to cross that street from the right or the left. Manstetten, Bürkle, and their colleagues have developed an assistant for just these situations. It recognizes crossing pedestrians and brings the car to a stop before an accident can happen. The assistance system for tight spaces goes even further. It maneuvers the car through tight spaces such as streets where cars are double parked. Using images from the stereo video camera, the computer calculates the path the car should travel. It then controls the electrical power steering and ensures that the car maneuvers through a tight space unscathed. The Bosch system also recognizes when a space is too tight to pass through, warning the driver or stopping the car in time before the exterior rear-view mirrors or fenders are damaged. 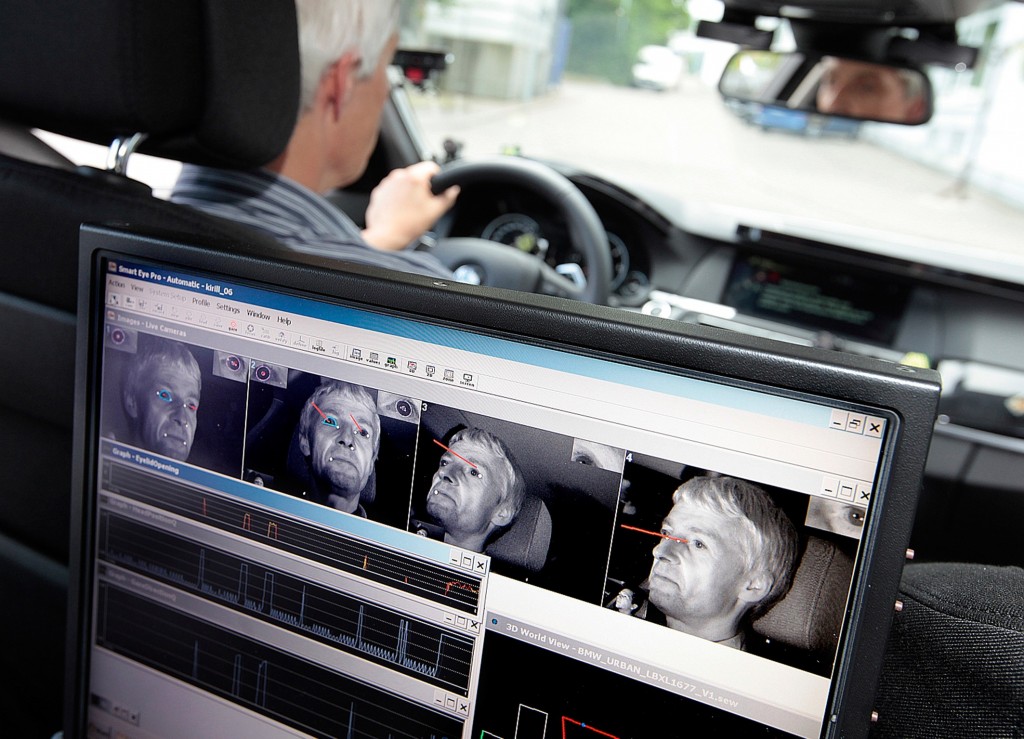 The insights that Bosch gains from the work of Manstetten, Bürkle, and the team of researchers in the UR:BAN project feed directly into the development of automated driving. Since 2011, the supplier of technology and services has focused this work at two locations: Abstatt, in Germany, and Palo Alto in California. Bosch has successfully been driving a number of automated test vehicles in normal traffic on the German A81 and U.S. I280 freeways since the beginning of 2013. The initial development goal is to deliver the highway pilot. From 2020, it is expected that vehicles featuring this Bosch technology will be capable of highly automated freeway driving without the need for constant driver supervision.

One project, one goal, and 31 partners from science and industry

UR:BAN (acronym from the German for urban space: user-friendly assistance systems and network management) is a publicly funded joint project. It brings together 31 partners from the automotive, automotive-supply, electronics, communications, and software industries, as well as universities, research institutes, and cities. The project’s aim is to develop driver assistance and traffic management systems for cities. Driver assistance systems are an essential step on the way to automated driving. UR:BAN is receiving some 40 million euros of funding from the German Federal Ministry for Economic Affairs and Energy. The project’s overall costs total approximately 80 million euros.

vivo Malaysia has recently announced that the vivo Y76 is now available for pre-order from today till 26th November which retails at RM1299. Pre-orders package ...