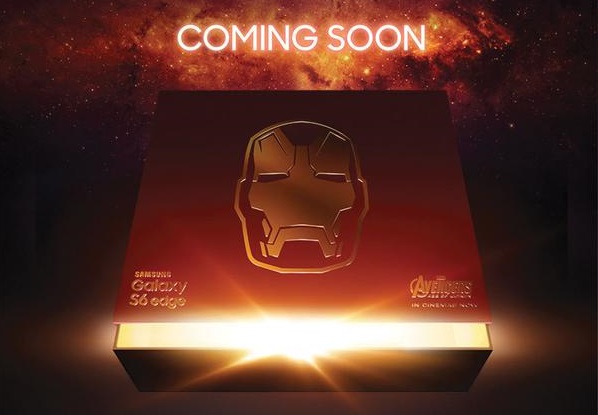 During last week, Samsung announced that they are collaborating with Marvel Studio with their recent production ‘Avengers: Age of Ultron’. Samsung also has announced that they will be creating a special edition of the new Galaxy S6 / S6 Edge that features Iron Man design as one of main protagonist from the movie. This announcement then created a spark among community and everyone started wondering what is truely unique in the special edition of the S6 / S6 Edge

Yesterday, Samsung silently leaked one of the teaser image of the upcoming Galaxy S6 Iron Man edition. This time, Samsung has shown the exterior package design of the new S6 Iron Man edition that features the Iron Man character logo embedded onto the top of the box. The whole box also appears red which correlates with the theme from the Iron Man.

It is also known this special edition model is also an limited edition. Apart from this teaser image, there isn’t much information released regarding this device. However, this model is expected to release on the upcoming month.

Honor Malaysia celebrates 1 year anniversary with the release of Honor 6 Plus?

It as been a year that Honor was first introduced in Malaysia and receive tremendous amount of response and support. To celebrate this anniversary, Honor Malaysia has ...