The metallic textured Redmi 3 confirmed to launch on 12th Jan 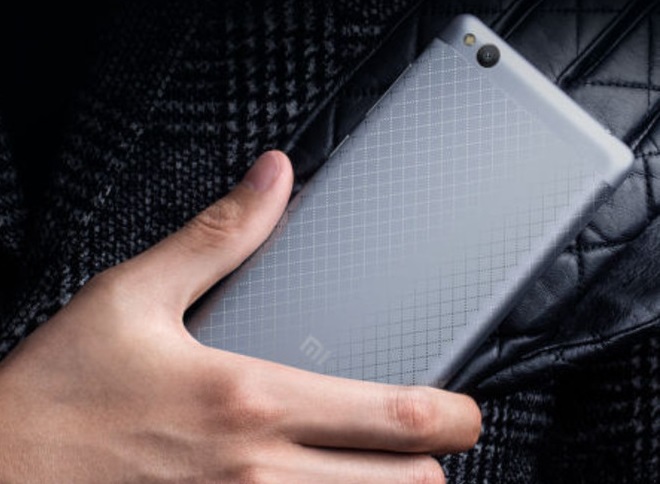 The first smartphone to be launched in early 2016 goes to the Xiaomi Redmi 3. Although they did not participate on the CES 2016 to showcase their products as other companies does, Xiaomi has officially announced the launch date of the Redmi 3 on Weibo, which is set to be happening on 12th January this year! 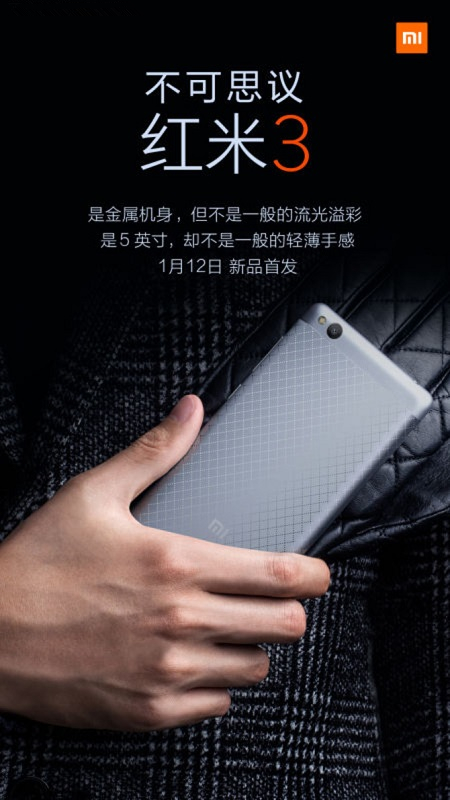 Despite being another metallic smartphone running Android, the rear panel of the Redmi 3 has a unique texture design. It comes with a 5 inches 720p display, 2GB RAM + 12GB total internal memory and a 13MP rear and 5MP front camera. With specifications alike a mid-rage smartphone, the Redmi 3 sports a 4000mAh battery which is likely to make this smartphone last for more than a day or two. Nevertheless, it is also a norm for China smartphone to support dual SIM standby. The Redmi 3 is also expected to run on Android 5.1 with MIUI 7.1 OS as mentioned by China hardware certification organization – TEENA.

It is estimated that this smartphone will be priced at RMB 599 to RMB 699 (RM400 to RM470) and the exact pricing and more hardware specifications will be revealed on next week.