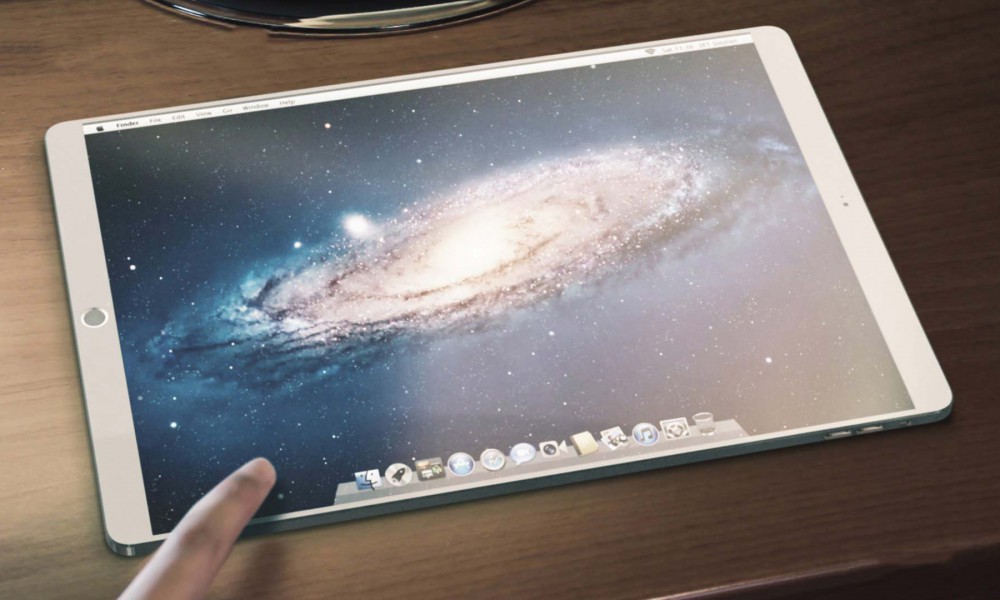 The Apple iPad is undoubtedly one of the best tablet available at the market from Apple. From its recent advancement of patented technology from Apple, the iPad now comes with large variety and packed with tons of features which is suitable for professional and casual use. Soon after the release of the iPad Air and the iPad Mini, many users has rejoiced on the decision from Apple in creating a larger variant of iPads that suits different user preference. During last week, we reported that Apple Inc has been developing a large display iPad which is even larger than the iPad Air 2.

The iPad shown in the picture above belongs to the latest generation of iPad released during last year. With the leaked image showing the cover case of the Apple iPad Pro, the iPad Air 2 only constituted up to 3/4 of the size. It is likely that the iPad Pro will be featuring an incredibly large display.

Apart from large display, the iPad Pro was also known to features the patented force touch technology that able to detects different intensity of the pressure applied directly onto the touch panel. The packed NFC capability will also make the transaction more convenient but who will use a large tablet for the sake of mobility? Looks like there will be more hidden capability of the NFC equipped on the iPad Pro. An example could be the use of specialized stylus that could pin point the display in a precise manner?

The Apple Macbook Pro 2015 was one the first few laptop that features the use of USB Type C connector. The iPad Pro will be likely to feature the same type of connector that makes HDMI output and charging possible with a single port.

Did your cravings on Apple iPad Pro intensifies after these leaked information? We hope that Apple will officially announce the specification and information on the upcoming iPad Pro on the next WWDC hapenning on June 2015.

Win an ACSON air-conditioner by just shaking your smartphone!

Celebrating the Ramadhan period, ACSON has make a new innovative contest for people to win the ACSON wall mounted signature air-conditioner by just shaking your ...