As the Galaxy Note 7 has been discontinued, Samsung continues to highlight their previously launched Galaxy S7 Edge and Galaxy Note 5 as their latest gadget on the flagship market today. Although Galaxy S7 Edge is used as a substitute for replacement of Galaxy Note 7, there are still consumer who prefer the S-Pen for various productivity activities and hence they might be Galaxy Note series product is their ideal choice when comes to smartphone. The Samsung Galaxy Note 5 that has been launched a year ago is now officially “price reduced” to RM2199 (previously at RM2699)  to favor those who want a S-Pen stylus compatible smartphone as their daily driver. 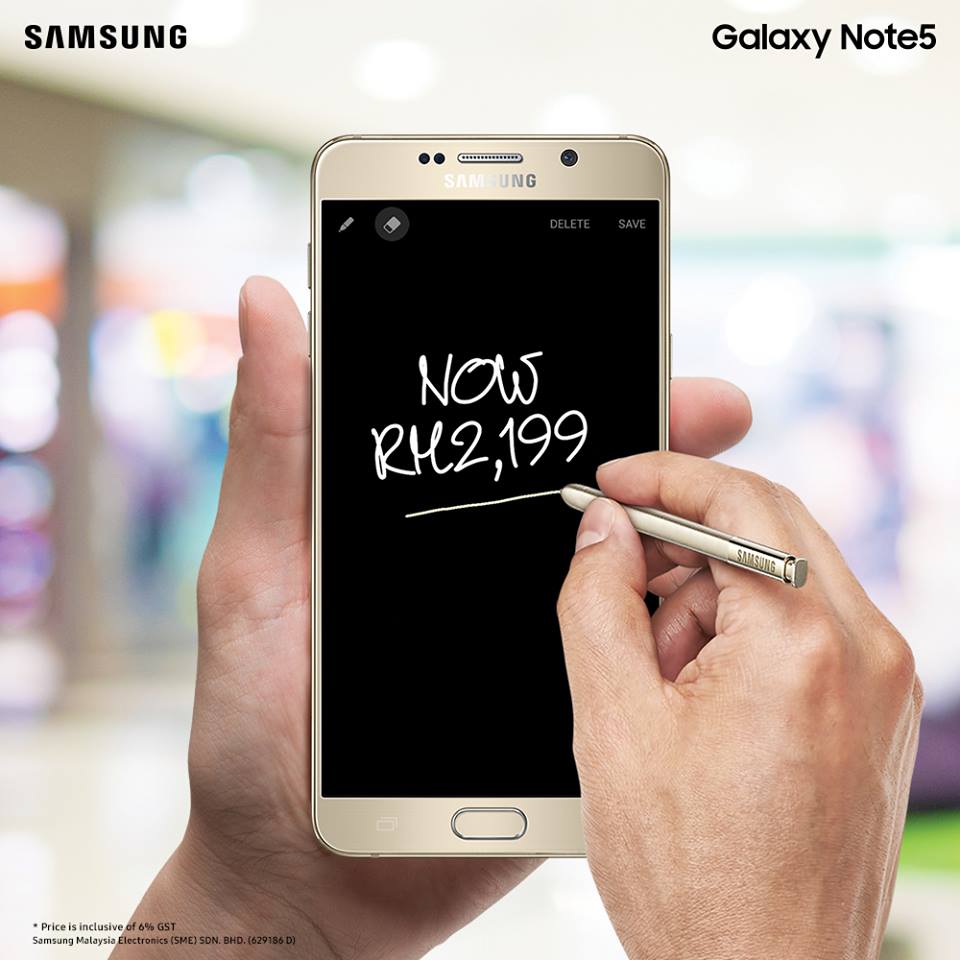 Although the specifications are slightly outdated compared to the Galaxy Note 7 with no water resistant ability and lack of dual curved screen, this smartphone does support S-Pen for notetaking needs.